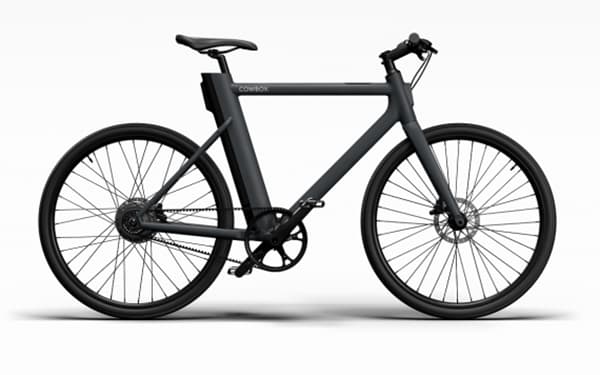 Exor Seeds, an investment vehicle of the Fiat family Agnelli, is one of the new investors in the Belgian connected e-bike Cowboy. The Brussels start-up raises 23 million euros in a new capital round. The money will be used to design new bikes and expand the sales network, co-founder of Cowboy, Adrien Roose, says.

The fresh capital was brought in by five venture capitalists: Index Venture, Isomer Capital, Future Positive Capital, HCVC, and Exor Seeds. The latter in particular catches the eye. The fund is part of the business empire of the Italian Agnelli family.

The family is co-owner of the Italian-American car group Fiat-Chrysler. Still, through Exor, the family also has interests in the American reinsurer PaternerRe, the sports car manufacturer Ferrari, the football club Juventus Turin, business magazine The Economist, and CNH Industrial, a company that makes agricultural machinery and trucks, among others. Through Exor Seeds, the Agnelli family also has interests in small start-ups that are mainly involved in health care and mobility.

For Adrien Roose of Cowboy, Exor Seeds is an exciting investor. “We also knocked on their door because Exor is one of the world’s largest industrial conglomerates,” Roose says in the newspaper De Tijd. “We also hope to gain access to certain manufacturers through them.”

Cowboy currently only has one point of sales in Belgium, along the canal in Brussels. The intention is to use this new capital to expand that network and increase the workforce.

However, at first, it was not easy to get the investors on board. The investors hesitated first, especially when the corona crisis erupted. Roose feared that the deal wouldn’t go through, and in March and April, he even paused the talks.

But the corona crisis eventually turned out to be a blessing for Cowboy. The crisis has led to a boom in e-bike sales. “We initially feared that sales would drop because we’d stopped our marketing efforts,” explains Roose. “But despite that, our sales have tripled.” It’s those excellent sales figures that finally convinced the investors.

Last year, the company said it sold more than 5 000 bicycles (the Cowboy costs 2 200 euros). Besides Belgium, Cowboy is also active in Germany, France, Italy, the Netherlands, Austria, Spain, and the United Kingdom. All in all, you can test a Cowboy in 60 cities in nine European countries. Germany sells the most.

According to the latest annual report submitted, Cowboy suffered a loss of 3 million euros in 2018 as a result of the high investments in product development. The intention remains to be profitable next year, says Roose, who confirms everything’s going according to plan.

Good app and a sleek design

“We’ve invested a lot in research and development, but we’re already selling our bikes at a profit today,” says Roose in an interview with Het Laatste Nieuws. Unlike traditional bike manufacturers, Cowboy doesn’t buy parts, so they don’t lose money to suppliers. Because they also do the distribution themselves, they don’t lose any margin to bike resellers.

“We started with a white sheet and first built a good app for the users of our bikes, then developed an electrical system that communicates well with the app and only then designed a bike with a sleek design.”

Thanks to the app, Cowboy communicates directly with customers. Anyone who sends a message will receive a reply after 10 minutes. “We’re also starting a service where we do home maintenance,” says Roose. “We get so much feedback compared to regular manufacturers, which is very useful.”

Roose even thinks the app is a game-changer. Like a Tesla, the bike has a crucial function: if the owner jumps on the bike with his smartphone and is recognized, the bike will start and otherwise not. An alarm system has also been set up with the app. When the bike moves, there will be an alarm and a notification.

If an accident happens, the app asks if you’re okay and if there’s no answer within a minute, emergency contacts get a signal and a location. The latest feature on the app is a route that adapts bases on air quality.

What’s striking about Cowboy’s bikes is that they don’t even have gears on the handlebars. According to Roose, it turns out that on traditional bikes, people usually only use one gear – the middle one – and that stays the same with e-bikes.

The production of the Cowboy bikes is done by Flex, an American company active in Europe that also works for Apple, Sony PlayStation, and Sonos, among others. The development and sales are managed from Belgium.

There is one model, which has already evolved into Cowboy 3, but the company wants to expand that, precisely because the market for e-bikes has been growing extremely rapidly in recent years. In Europe, sales are increasing by 30% a year. In the US, the market is ten times smaller, but there the growth is twice as big.

That offers opportunities. Roose: “Half of the bicycles sold in Europe are electric. I believe e-bikes will completely replace regular bikes – except for the real sportbikes. And even then there will be growth because there are also bikes that replace cars.”

“Insurers now give discounts, for example, because they notice that e-bikers report fewer claims than ordinary cyclists. Specialists explain this partly because you brake faster at an intersection, especially in the city, because you know that it takes less effort to accelerate again. Ordinary cyclists think easier: ‘I’m not going to slow down and I’ll have a quick look to see if the traffic is safe’.

Bicycle is the future

“All I know comes from that Take Eat Easy adventure,” Roose concludes. “During Take Eat Easy, one of the problems was that when we delivered meals by car, we lost a lot of time because of traffic jams in the cities.”

“That’s when I realized that our mobility is all tangled up there and that the bicycle is the future. However, I still didn’t see many people coming to the office with an e-bike in the next few years, and that’s because they were far too expensive and poorly developed. That was my eureka moment.” 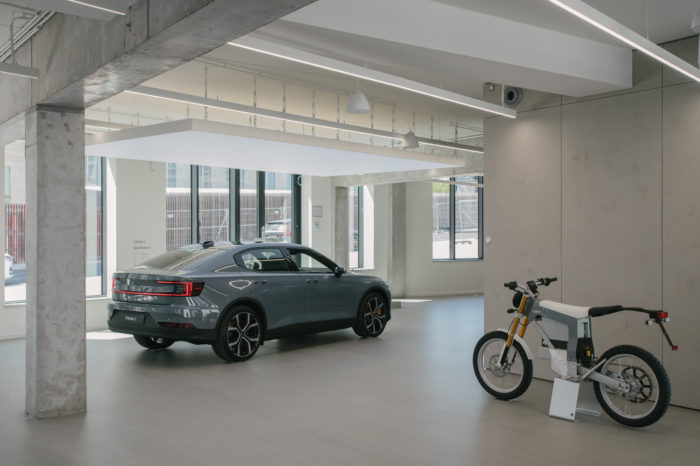 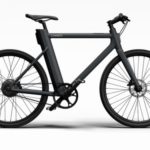