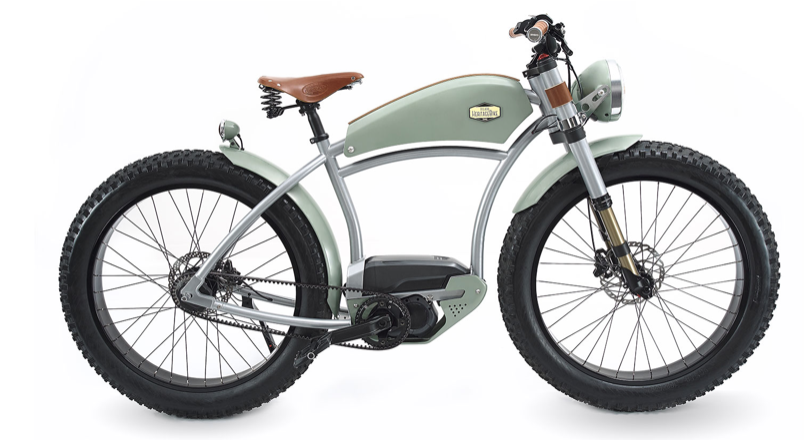 Electric bikes or pedelecs are gaining ground at the expense of the classic bicycle. In addition to the classic variants such as the city bike and the tough mountain bike, new e-bike niches are emerging such as these custom e-bike.

Bike manufacturer Ateliers HeritageBike from Annecy (France) responds to this trend of an electric bike that looks like a custom (motor)bike, including fat tires, a round petrol tank (which serves as a glove compartment), and colors reminiscent of the motorcycles of the forties and fifties. Interesting to see how vintage mobility can also be perfectly ecological and tailored to the metropolis in 2020.

Now that the pedelec is breaking through, Ateliers HeritageBike sees a lot of potential in pedelecs in the luxury segment, tailor-made for the customer. The proud owner will get a highly original e-bike of which only 120 will ride around.

At the beginning of August, the first – numbered – copies of the ‘Heritage’ will be delivered: at home, in a wooden collector’s case. The bike has an electric center motor, is driven by a belt, and the battery offers autonomy up to 120 km and comes with 11 hub gears.

Ateliers HeritageBike, however, is not the only player active in this segment. Rayvolt Bike is another brand that has been active for several years in the market of pedelecs with a custom-bike look. The manufacturer is based in Barcelona (Spain) and also has a Belgian importer (DG Wheels), which offers a whole range of vintage e-bikes that refer to the world of motorcycles.

There’s a compact ‘Torino’ model, but the bicycle builder also delivers a ‘Cruzer’ with a low and long frame that looks like a café racer. Customers can choose a wide variety of custom accessories such as leather bags. Underneath, the bike has the latest battery and drive technology and, of course, connectivity to the smartphone is provided.

Good looking, but not efficient

Although these bikes look nice, they are not the most efficient two-wheelers because they have more weight due to their construction and the specific large tires generate a higher rolling resistance. Also in terms of sitting position and ergonomics, the emphasis is on design rather than ease of use. 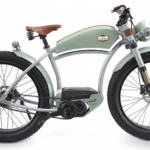