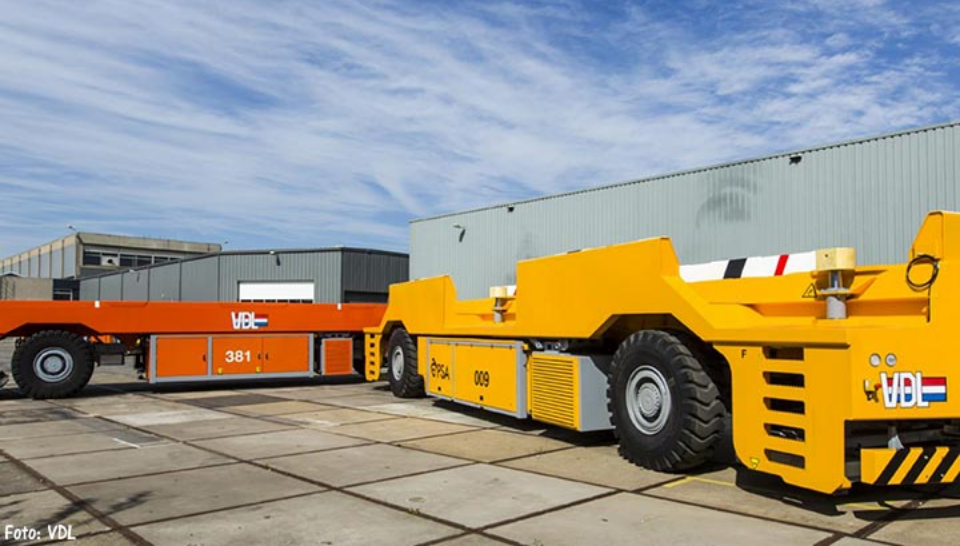 The AGV (Automated Guided Vehicle) that VDL delivered to Singapore harbor is 15 meters long, 2 m high and can transport up to 65 tons. Rotterdam is eager to use robot trucks too /VDL

The use of robot trucks on a new automated ‘container highway’ is turning the Port of Rotterdam labor relations upside down. The Rotterdam port manager considers them a new milestone to a ‘smart port’, while the unions see them as a threat to future employment.

The port manager is investing 175 million euros in a 17-km long special container highway on the Maasvlakte. Thanks to this special connection, container transport between the five large terminals of Havenbedrijf Rotterdam (HbR) can happen more efficiently than via public roads or waterways. The connection makes the harbor more attractive to large shipping companies.

The dockworkers’ union, FNV Havens, however, is indignant that the new container highway will not be used by normal trucks, but by autonomous vehicles that will be guided by an automated system. FNV Havens requires manned vehicles. According to the unions, it could provide 80 jobs.

‘Smartest harbor of the world’

It is not the first time that the unions clash with HbR about the continuous automation in the harbor. The port manager has the ambition to transform Rotterdam into the ‘smartest harbor of the world’.

The digitizing is meant to keep the time that ships stay in the harbor as short as possible to reduce the costs for shipping companies. But, according to the unions, this happens at the expense of employment for the traditional dockworkers. The new terminals manage on with far fewer workers.

In the meantime, the construction of the highway is in full swing. The tender for the autonomous vehicles has recently started, and the so-called ‘Container Exchange Route’ (CER) has to be operational by 2021.

It’s likely that VDL Automated Vehicles, a division of Dutch bus and car (Nedcar) builder VDL will be one of the contenders. Last year in March, it got an order from Singapore harbor operator PSA for 80 full autonomous container trucks. By 2023 they should all drive 24/7 on the harbor terrain moving containers.

The Dutch already delivered in 2015 two of these robot-trucks for an extended test at the harbor of Singapore. Apparently with success: the latter decided to order 80 more of them. The AGV (Automated Guided Vehicle) is 15 meters long, 2 m high and can transport up to 65 tons. In Singapore, VDL received orders earlier from the Belgian logistics group Katoen Natie too.

At Katoen Natie in Singapore, they confirm the robot trucks are cheaper. “It takes 48 drivers to run 12 trucks, 24 hours a day, seven days a week. We will never replace all human drivers, but this will bring a substantial reduction in labor cost”, Koen Cardon, Katoen Natie’s Singapore CEO, said in 2017 when the project was announced.

Thanks to the special container route, the efficiency can increase significantly, and that’s a plus against competitors like the port of Antwerp and Hamburg. “It should lead to more transshipment and more employment,” says Nagtegaal.

Another advantage is that the railway terminals, the warehouses for empty containers, distribution centers, and the inspection services can be linked to the container highway. So, it should become easier to put together container trains, which will lead to more environmentally friendly transport of containers to the hinterland.

According to the port manager, more than 350 000 containers would be using the special route annually. And when also the transport by train and inland navigation will get going, it will lead to 1,4 million containers a year. 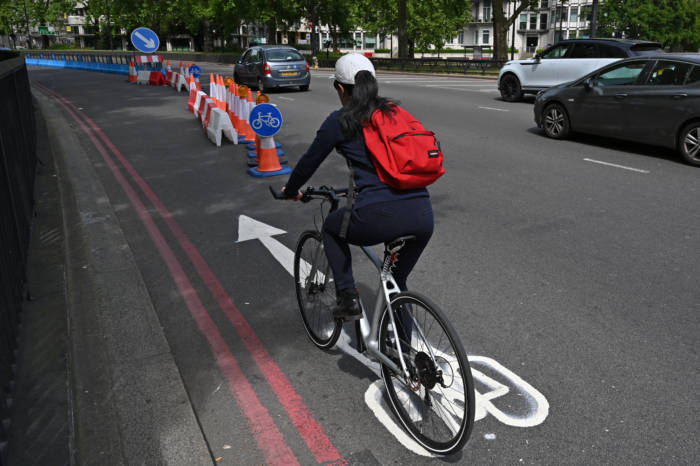 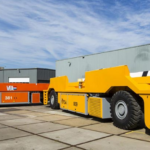