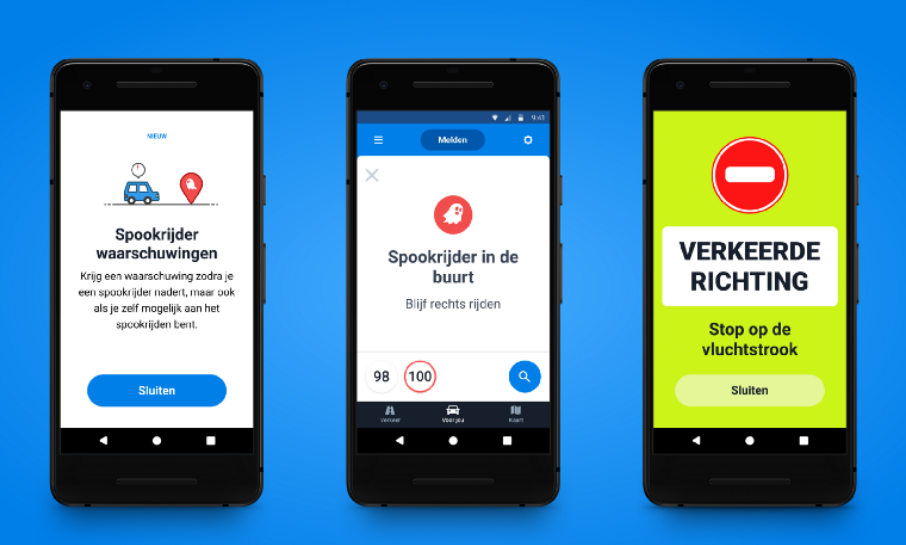 As soon as a ghost-driver is detected, the system immediately reacts. The ghost-driver gets a warning he’s driving in the wrong direction, and other Flitsmeister users in the neighborhood receive a push notification /blog.flitsmeister.nl

The traffic app Flitsmeister and technology company Bosch are joining forces to warn for ghost-drivers. The ghost-drivers themselves they’re going the wrong way and other road users one is coming their way. Flitsmeisters says it wants to improve traffic safety and reduce the number of severe accidents.

After a successful start in the Netherlands, Flitsmeister is also available for a while in Belgium and Germany. It already has 1,8 million users. The app helps drivers to avoid traffic jams and informs about radar traps, average speed checks, stationary vehicles, approaching emergency vehicles, and now it also warns (for) ghost-drivers.

It is not unusual that drivers get confused and take the wrong exit, especially when the weather is bad or at night. In Germany, some 2 000 warnings for ghost-drivers are registered annually; in the Netherlands, in 2017, about 150.

That is why Bosch developed the Wrong-Way Driver Warning solution, a cloud-based warning system to alarm drivers about a ghost-driver in the neighborhood. The system compares the real movements of the car and checks them with the allowed driving direction.

As soon as a ghost-driver is detected, the system immediately reacts. The ghost-driver gets a warning he’s driving in the wrong direction, and other Flitsmeister users in the neighborhood receive a push notification.

The ghost-driver warning system is already operational in 17 European countries. It is integrated into several navigation apps and apps of radio stations and news channels. Thanks to its integration in the Flitsmeister app, now it is also available in Belgium and the Netherlands.

“For Flitsmeister, it’s a new safety option we’ve added. It helps us to distinguish ourselves from other apps in the Benelux. Thanks to our large community, we’re able to offer our users these safety features,” says Sandra Vancolen, marketing specialist Bosch Mobility Solutions Benelux. 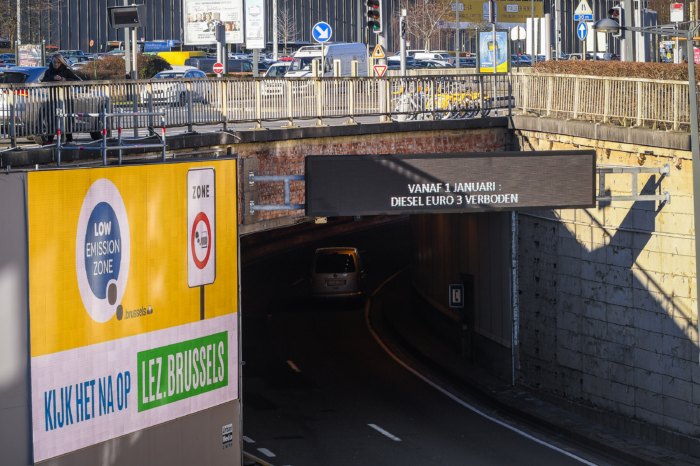 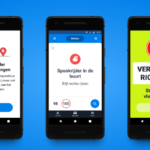