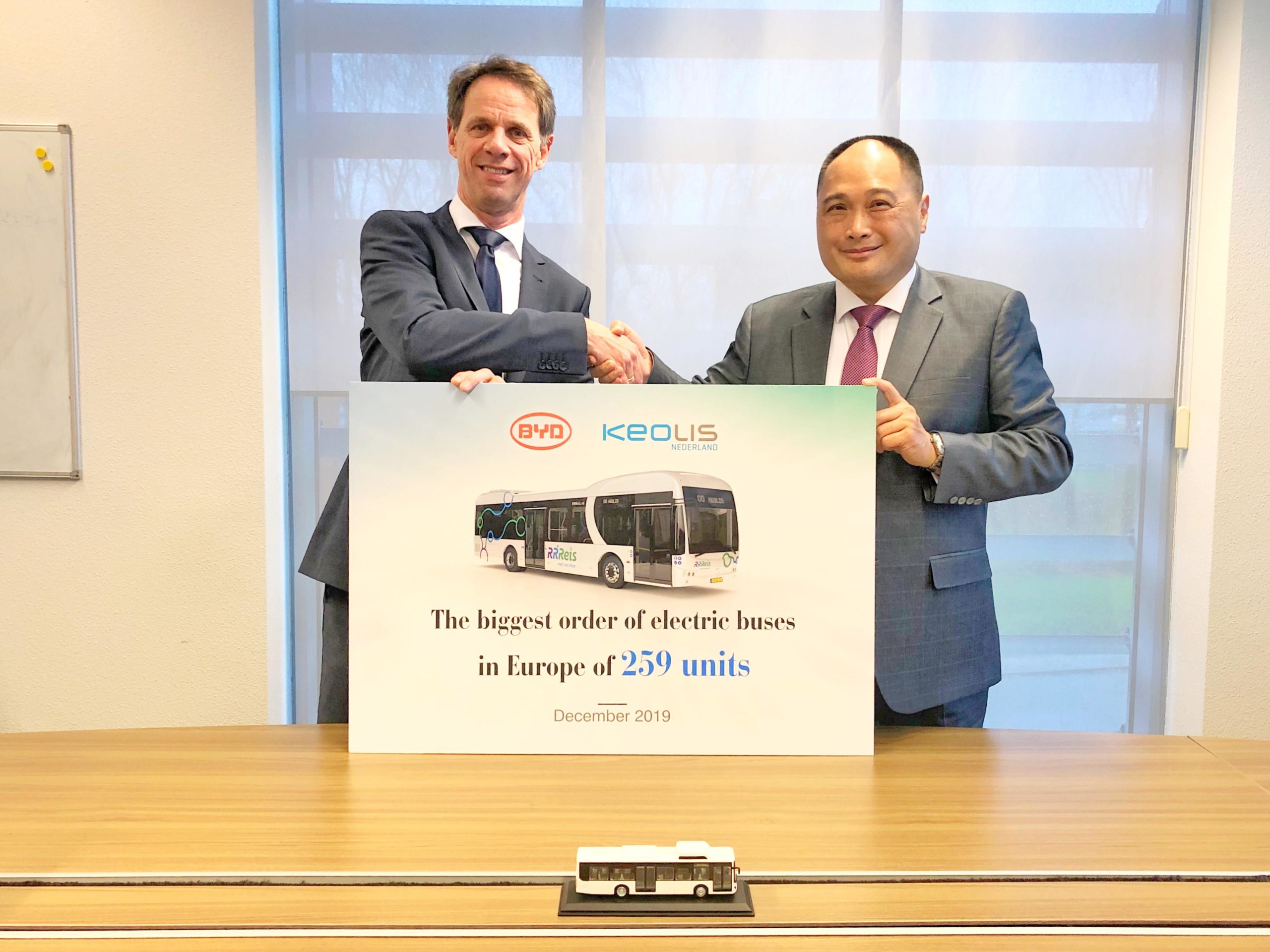 Isbrand Ho (R), managing director of BYD Europe, shakes hands with Frank Janssen, CEO of Keolis Netherlands, after closing a deal for the delivery of 259 electric buses. A contract that appeared not to be as required by the public tender /Xinhua

French multinational transportation company, Keolis, has lost its initial €900-million contract definitively to provide ‘zero-emission’ public bus transport in three Dutch provinces for the next ten years. The provinces Gelderland, Overijssel, and Flevoland, decided to break the contract after it turned out ‘dirty tricks’ were used to win the tender. ‘Fraudulous side letters’, secret agreements
This content has been archived. Log in or Subscribe to a level that has access to archived content.