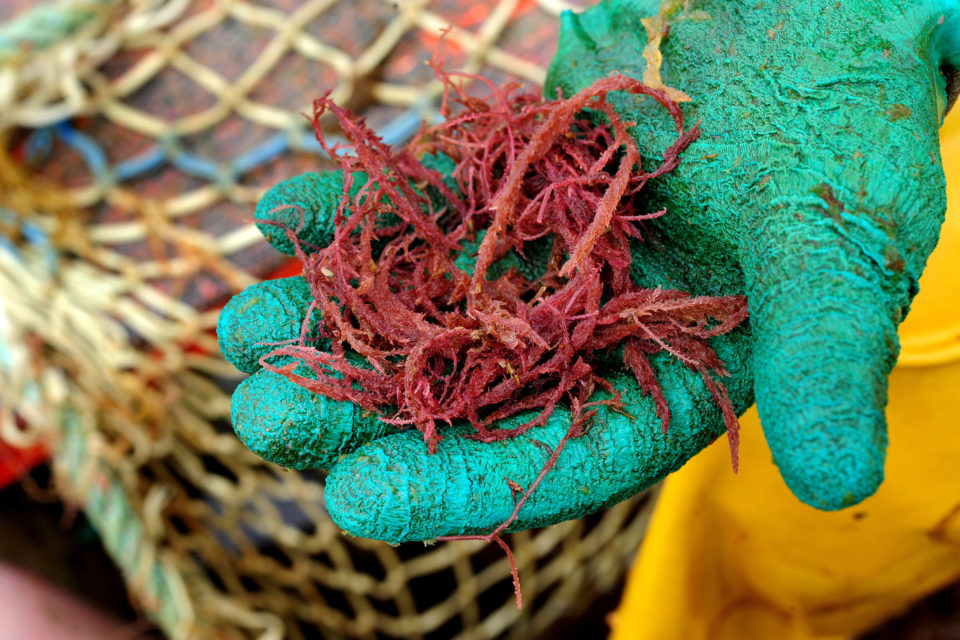 Asparagopsis, the red seaweed that is cultivated in Autsralia, is profitable for farmers because cattle grow faster and, at the same time, emissions are reduced /Belga

By feeding a cow Asparagopsis, a particular type of cultivated seaweed, the animal’s methane production could be reduced to nearly zero. It might be the silver bullet, the magical remedy against climate change, scientists say, and an alternative to reducing livestock.

Five years ago, Sam Elsom, an Australian fashion designer, began a seaweed farm at the desolate east coast in Tasmania. His seaweed farm is the spearhead of an Australian invention which is fascinating scientists, farmers, climate crusaders, and investors alike.

Methane is very harmful to the environment. After the CO2, it is the most important cause of global warming. There are far more CO2 emissions than methane emissions, but the latter is 28 times stronger than CO2. Cattle are responsible for about 37% of methane emissions produced by humans.

Elsom used to watch an agricultural TV show that had been running for decades on Australian TV. In one of the programs, scientists explained how Asparagopsis could help to fight climate change. The man was fascinated. Today, five years after the broadcast, he cultivates this type of seaweed in large containers fixed to sank ropes in the ocean

Now, scientists think they’ve found a solution with Asparagopsis, a red-colored seaweed that grows massively in the waters around Australia and New Zealand. By adding a small quantity of Asparagopsis to cattle feed, the emissions of methane decrease drastically (90%). Other research even shows that with higher concentrations, the cattle don’t produce any methane anymore.

One of the natural elements in the seaweed, bromoform, prevents the production of methane in the cow’s stomach. Another interesting advantage for the commercialization of seaweed is that it makes cows grow faster. They grow 20% faster because they don’t lose any energy by emitting methane.

The Australian scientific public institute Csiro already started research into the growth-stimulating effects of seaweed in 2012. And also, American researchers from the Penn State University noticed that methane emissions from cows went down thanks to the seaweed.

Csiro’s head of sustainability and leader of the seaweed project, Mike Battaglia, is enthusiastic: “Planet earth will need 70% more food. Dairy and meat are important sources of rare food elements like iron and magnesium. Methane emissions of cattle, however, are huge. That is why we need solutions that are useful to everybody.”

“Seaweed is profitable for farmers because cattle grow faster, and emissions are reduced,” Battaglia continues. “On top of that, seaweed is positive for the environment and the consumer. We only have to make sure we can produce enough seaweed.”

Sam Elsom, the fashion designer who became a farmer, is a forerunner, and his Tasmanian farm, called Sea Forest, is a commercial first. On his farm, he works together with the scientists who discovered the method. “Cultivating seaweed is relatively young, especially in Western countries. It’s an extraordinary process, and we learn every day.”

Elsom hopes to produce about 500 tons of dried seaweed annually within a few years. This will be enough to provide 300 000 cows with a daily portion of 25 grams of seaweed.

On the other side of the ocean, in New Zealand, they’re eagerly looking forward to the next phase of the seaweed experiment, says Mark Aspin, director of an organization that’s doing research into the reduction of methane emissions.

He’s enthusiastic but careful: “Even if we can produce enough seaweed, the question remains how we’re going to feed all cattle. On some farms, cattle sometimes stay in the open air for weeks.”

“The only alternative we still have to reduce the emissions of ethane is to reduce livestock drastically,” he concludes. The Australian institute is now collecting millions from institutional investors to bring the production of Asparagopsis at a commercial level. To produce enough seaweed to give all Australian cattle a daily portion, a surface of 5 000 to 10 000 hectares will be needed.

Today, seaweed farmer Elsom has enough means to let his farm grow, he says. “But we should also start up production elsewhere in and outside Australia. Transporting seaweed to other parts of the world would not be sustainable.”

Asparagopsis does not grow in Belgium or the Netherlands, but in New Zealand and Vietnam, the first seaweed farms are cultivating crops. Also, in 2022, a Swedish start-up will experiment for the first time with the seaweed.

“We know how Asparagopsis grows, and we know what circumstances the seaweed likes. So, we just have to create the perfect conditions to make the seaweed grow,” Elsom concludes. 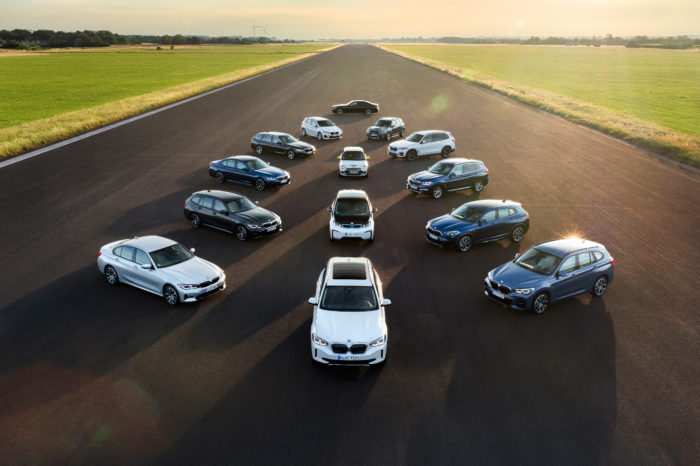 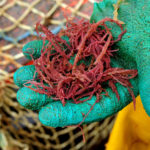