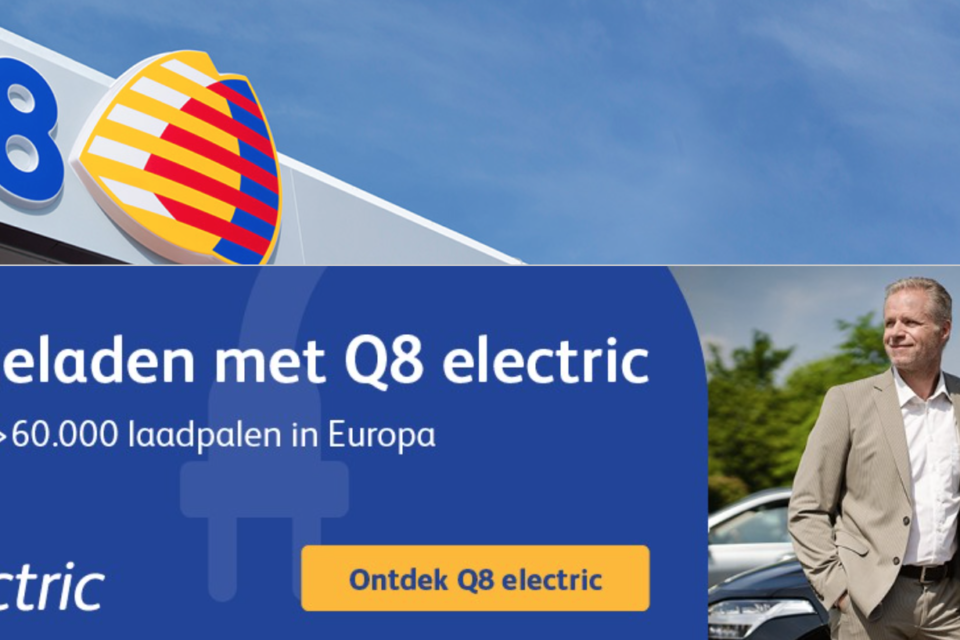 Fuel distributor Q8 goes electric. In the coming years it will install fast chargers in its own stations and on parking lots of supermarkets /Q8

Fuel distributor Q8 will invest in electric charging stations in Belgium, in its own fuel stations as well as on shopping mall car parks. In doing so, it’s following the same path as Tango in the Netherlands, also a Q8 subsidiary, which announced the same move a few days ago.

The plan is to install during the coming year twenty fast chargers on parking lots of supermarkets. On the other hand, the Q8 stations where you can ‘fill-up’ with electricity will be increased from 20 to 100 within five years.

In comparison with the Netherlands, the number of pure electric cars in Belgium is still very low: during the first half of this year, 2,3% of the cars sold were electric, against 9,3% for the Dutch market. The lack of incentives in Belgium can play an important role in this.

And, of course, there’s the difference in electric charging infrastructure. At the moment, there are easily more charging points in the city of Amsterdam than in the whole of Flanders. This is a clear example of the chicken and the egg story.

An initiative like that of Q8 can be the catalyst in this. Naturally, the competitors will follow, and the electric network of fast charging will increase fairly quickly in the coming years. It was Total, which was pioneering in electric charging points some decade ago, but apparently, this move was too early and now the French oil giant has to catch up again.

For the necessary energy transition, the automotive sector needs a chicken that starts laying eggs. Q8 can be that chicken: “In the coming months, we will be installing fast chargers on some twenty parking lots of big supermarkets. The first will be in Rumst (between Antwerp and Mechelen) at the end of the year,” says Sven Dochez, sustainability manager at Q8.

At the same time, Q8 expands electric charging throughout its own network of filling stations. “At the moment we have charging points in 20 stations, we will expand this to 100 in five years,” Dochez explains. “In each station, there will be at least one fast charger with two charging points. A car can ‘fill-up’ in 20 minutes. We are investing in this because we believe that by 2030 the electric car will occupy an essential place on the market.”

The vital role the company car plays in the Belgian car market – at least one out of two registered cars in Belgium is a company car – is also reflected in the energy transition. An increasing number of companies are choosing electric or hybrid for their company car fleet.

One of these companies is the chemical giant BASF. In the coming months, Q8 will be installing charging points on the plant site in the port of Antwerp, but also at the homes of 70 of its employees.

“Apart from this, our pool cars – some 200, used to circulate on-site, will all be electric within three or four years.” If big companies lead the way, the market will follow. Individual buyers will gradually be convinced, also because the total cost (TCO) of an electric car now already rivals that of an ICE vehicle, and the average range of new electric models is now above 300 km. 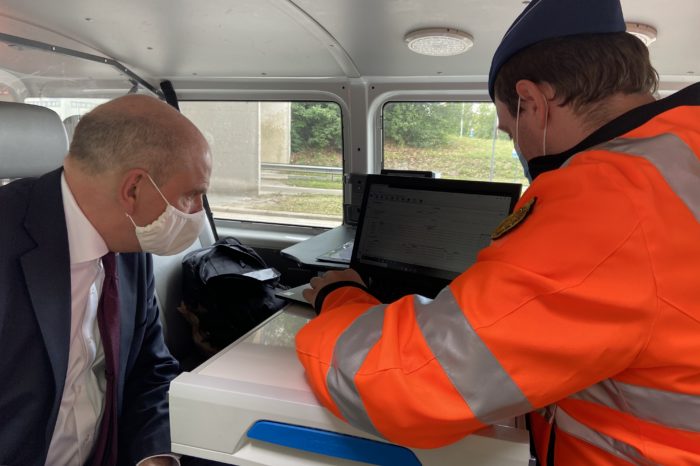 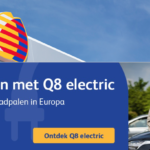