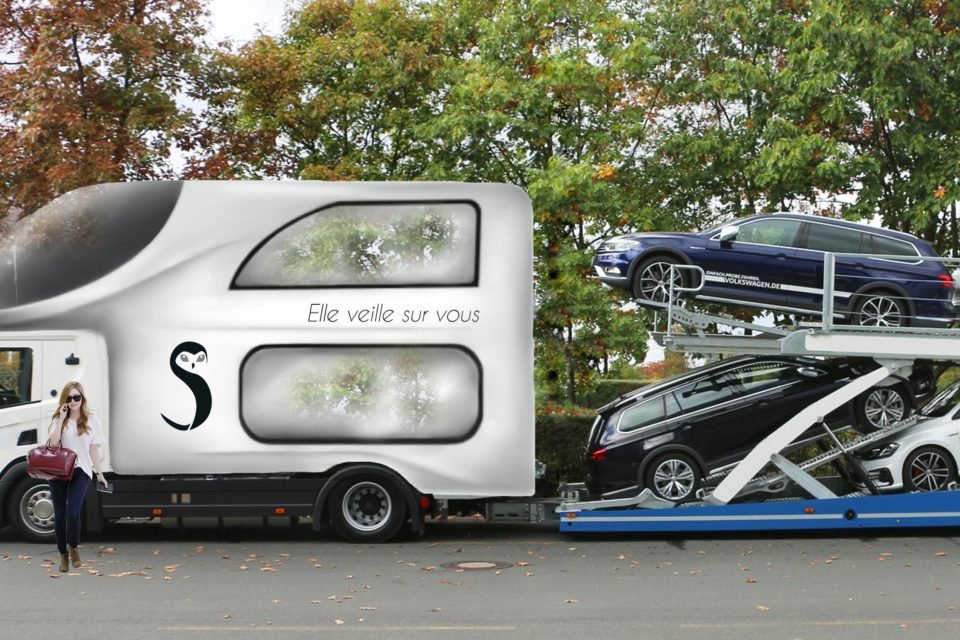 The Symone truck is a simple semi-truck equipped with a dedicated cabin for passengers, which pulls a trailer that can transport up to seven cars /Symone

The Symone Project, dreamt out by three young French entrepreneurs, aims at gathering cars on a truck and trailer for long-distance highway journeys.

Up to seven cars can be packed up at the back while passengers enjoy a comfortable journey in a dedicated passenger area. As soon as the solution is available, Symone trucks will run on hydrogen to save up to 400 tons of CO2 per vehicle per year.

Car shuttles already exist on the rail. But a small group of French entrepreneurs wishes to bring the concept on the tarmac of French highways. The idea is to gather up cars on a truck and trailer to reduce their grouped CO2 emissions.

For climate and comfort

“Symone rethinks the way to travel on long highway journeys, grouping road safety, ecology, and free time. Users will be able to do something else than driving during those long trips, and benefit from some time off for leisure, sleeping, or even working,” explain Romain Coispine and Yoann Lacombe, co-founders of Symone.

The idea is, all in all, pretty simple. The Symone truck is a simple semi-truck equipped with a dedicated cabin for passengers. At the back, it pulls a trailer that can transport up to seven cars.

As is the case with public transport, the emissions of the whole road train are lower than if those seven cars were driving on the highway. Once they arrive near their destination, passengers can take their vehicle back and continue the journey on their own.

At first, the prototype will be powered by a conventional ICE engine. As soon as possible, Symone will switch to a hydrogen-powered tractor to provide a completely carbon-free service. “One hydrogen-powered Symone could already save up to 400 tons of CO2 per year,” ensures Benjamin Rouillon, third co-founder.

The recently announced French rescue plan with up to €11 billion for future projects on sustainable transport and mobility has the three co-founders hoping for a bright future. There will also be €7 billion for green hydrogen development, and two billion for projects carried out by French companies.

Just out of the DECA BFC regional incubator, Symone will now start to raise funds for the conception and homologation of its passenger cabins. The Project has already been selected out of 130 participants for the CleanTech Open France concourse. From September 18, Symone will open crowdfunding to ensure its future. 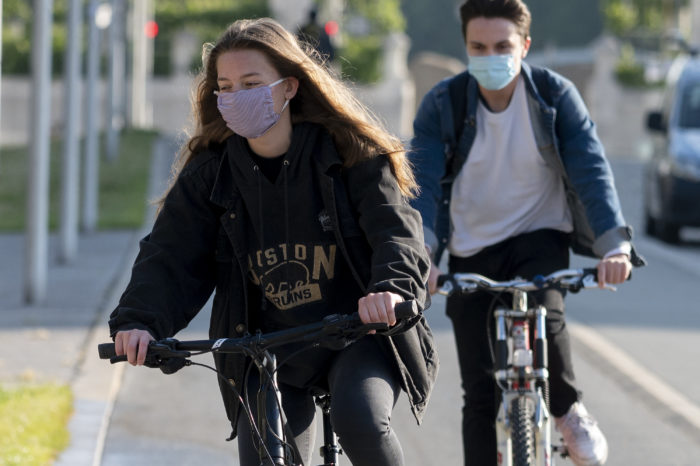 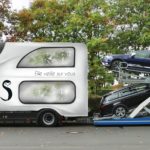