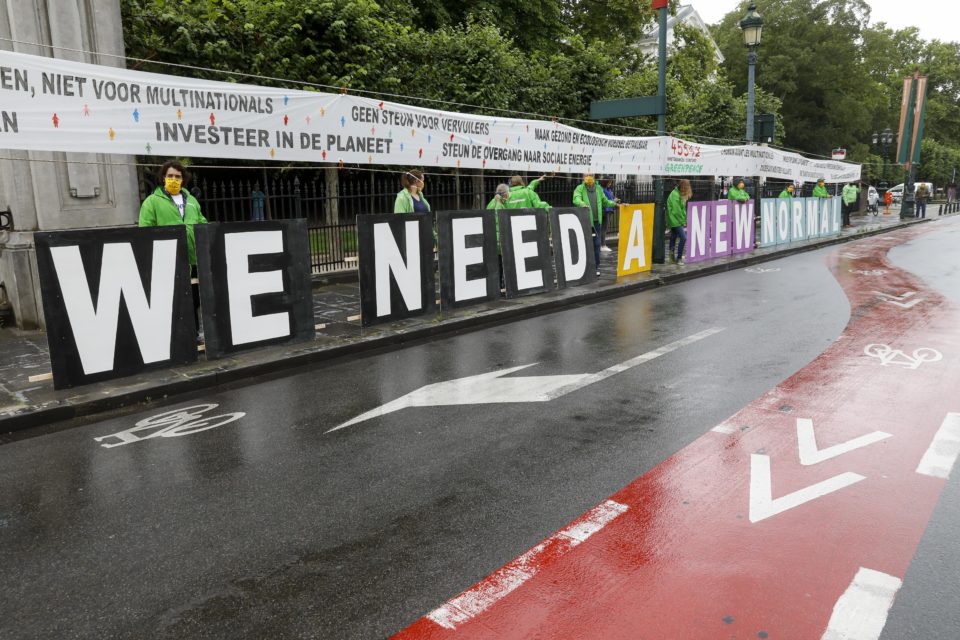 Protest by Greenpeace to demand a sustainable and socially just relaunch after the corona crisisin Brussel in July. Now Greenpeace Belgium has published its step-by-step plan to decarbonize transport by 2040 /Belga

Greenpeace Belgium has published its step-by-step plan for mobility in Europe to become carbon neutral by 2040. One of the spearheads is a total ban on sales of new ICE (Internal Combustion Engine) cars after 2028. No diesel or gasoline cars, no hybrids either.

The European Commission is planning to revise the emission standards for cars by June 2021, but according to Greenpeace, the goal must be far more ambitious. A total ban on ICE cars and vans by 2028 and only electric vehicles to be sold beyond that date.

According to Joeri Thijs of Greenpeace Belgium, the corona crisis has ‘paused’ mobility temporarily. “People started to telework massively, cycling has exploded, and more people have discovered the need for sufficient ‘green space’ nearby for everybody.”

“Going back to the mobility habits of before the pandemic would deepen the climate crisis even further and a thorough transformation of the transport sector – still responsible or 27% of emissions of greenhouse gases in 2017 – has to be realized in the next decade,” says Thijs.

The guiding principles Greenpeace Belgium is supplying to the EU policymakers go far beyond the ICE car ban in order to achieve the zero-carbon target. Greenpeace is basing its recommendations on a study ordered with Climact, a Louvain-la-Neuve based consultancy company for green transition and the German NewClimate Institute.

The number of trucks on European roads has to come down from 6 million to 3,6 million, by doubling the share of inland canal shipping and rail transport from 29% to 58%. Meanwhile, the energy use of road transport, freight transport, and aviation has to be scaled down by 63% compared to 2015.

The use of e-fuels (synthetic fuels) should be limited to the transport sectors that can’t do without, like aviation. Meanwhile, the total of passenger air travel kilometers should drop overall by 33% at least. But probably more as these e-fuels aren’t sufficiently available yet.

A way to do that, is a kerosine tax for aviation, something the EU might do with the in 2021 planned revision of the Energy Tax Directive. Another is issuing a ban on short-haul flights within Europe in favor of  ‘affordable’ day- and night trains if those can provide an alternative journey between six and eight hours.

No expansion of highways or airports

The EU should take up a leading role in investing in rail infrastructure, leveling it among member states by eliminating bottlenecks in cross-border train traffic and coordinating paying systems for travelers.

And also according to Greenpeace, the EU and national authorities hould stop financing highway and airport expansion. EU funds shoudn’t be used to support ‘poluting’ sectors ‘like the car industry and aviation’.

Last but not least, local authorities should invest in reorganizing urban mobility and invest to promote walking, cycling and public transport. The ‘overal demand for mobility’ (without aviation) should drop by 12% compared to the level before the corona crisis. Question remains how Greenpeace is hoping to get enough public support for such a drastic paradigm shift. 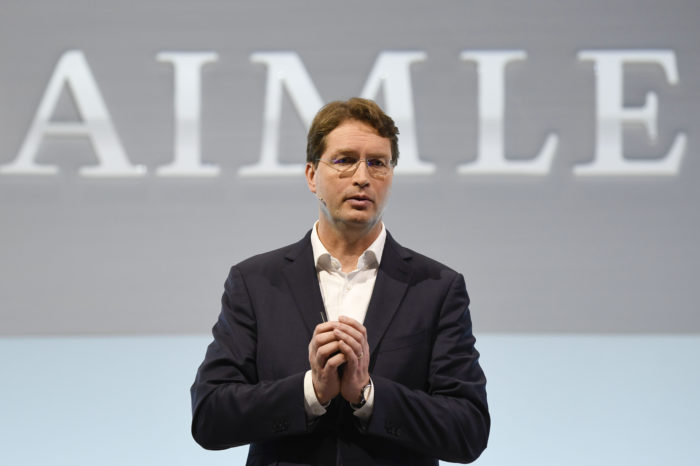