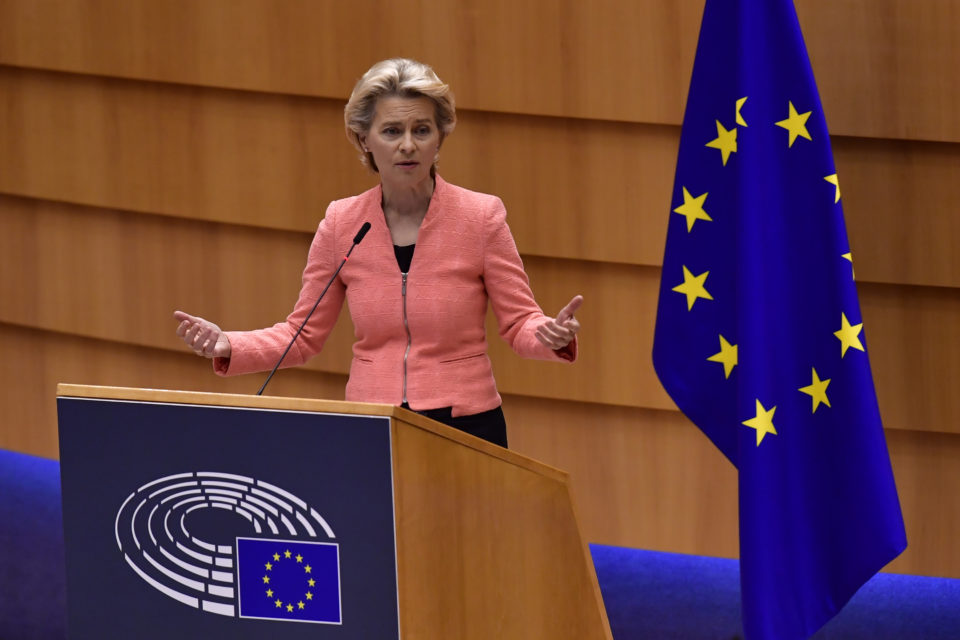 European Commission President Ursula von der Leyen addresses the plenary session at the European Union Parliament in Brussels. In her first State of the Union speech she traces out the path to a drastic energy transition in the next ten to thirty years /AFP

In her first State of the Union, Ursula von der Leyen, President of the EU Commission, traced out on Wednesday the path of an ambitious energy transition that is to impact everyday life for the next thirty years. New is the sharpened target of 55% CO2 reduction by 2030. A goal that should be ‘feasible’ according to a new expert study and that gets the support of 164 CEOs of leading companies in an open letter.

Last year the EU Commission fixed an ambitious goal for Europe to become the first climate-neutral continent by 2050. To get there, a reduction of CO2 emissions of 40% was agreed to be necessary by 2030. But scientists warn this won’t be enough as the ‘tipping point’ is nearing with signs like the Gulf Stream slowing down and the ice in Greenland melting.

“While much of the world’s activity froze during lockdowns and shutdowns, the planet continued to get dangerously hotter,” Ursula von der Leyen said in her speech. “We see it all around us: from homes evacuated due to glacier collapse on the Mont Blanc, to fires burning through Oregon, to crops destroyed in Romania by the most severe drought in decades.”

Hence the new target of 55% compared to the reference year 1990, a percentage that surfaced already in a leaked document. Last week, the environmental commission of the EU Parliament agreed it wants to push it even further: 60%.

According to an expert study, ordered by the vice-chairman of the European Commission and the champion of the Green Deal, Frans Timmermans, a decrease of 55% should be economically feasible.

“I recognize that this increase from 40 to 55 is too much for some, and not enough for others,” she said. “But our impact assessment clearly shows that our economy and industry can manage this,” von der Leyen added.

Climate Action Network, an umbrella organization of 1 500 European NGOs, put a question mark on this figure. They say it will actually be rather 51 to 53% in reality as this time, sectors like shipping traffic, exploitation of mineral resources, and forestry are taken into account too. That was not the case with the 40% target.

Nevertheless, it will have a significant impact on everyday life in the next 10 to 30 years. The reduction of emissions of the transport, agricultural, and building sector responsible for the lion’s share of greenhouse gases has to be drastic.

An estimated €350 billion per year will be needed to invest in the production and use of energy. The EU is convinced these investments are to be directed towards low-carbon projects. European legislation on energy, transport, environment, and capital markets is to be revised.

The details of this revised legislation aren’t given yet by the Commission. That should be ready by June next year. It will contain, among others, even stricter emission rules for the car industry. The latter, especially in Germany, feels to be pushed against the wall even further.

The EU Commission believes only sharper standards will result in ‘cleaner’ cars. And these will be electric or hydrogen-powered in the first place. That also means the charging infrastructure, and the network of hydrogen filling stations has to be a priority too.

Car industry pushed against the wall

The Commission isn’t setting an exact date for the absolute ban on cars with an internal combustion engine (ICE) yet. If it was Greenpeace Belgium to decide that, this should be no later than 2028, with a ban on hybrids included. Anyway, as classic ICE cars today have an average lifespan of 17 years, the ultimate date would be 2033 if you want to be climate-neutral by 2050.

According to the German branch organization VDA, the new targets aren’t in any way ‘taking into account the disastrous economic effects of the corona crisis’. But Ursula von der Leyen apparently takes the view that the corona crisis is a unique opportunity for change and to couple the climate ambitions to the economic rebuilding by massive sustainable investments.

The EU gets support, though from an unexpected corner. Some 160 CEOs or representatives of leading companies in Europe have signed an open letter to urge Europe to be more ambitious in its climate plans.

Among them companies like Danone, Carlsberg, H&M, Hilton, IKEA, Philip Morris International, Coca-Cola European Partners, Deutsche Bank, but also Total, Apple, and Google. But there should be a clear path for several years, so companies will know how to decide on their future investments.

The EU Commission is aiming in the first place at a larger percentage of sustainable wind, solar, and hydrogen-powered energy in daily use. That should go from 32 to 38%. Production of ‘green’ electricity as such should reach 65%.

In the construction sector, 40% of heating and cooling of buildings should be done by sustainable energy. Today three-quarters of the buildings aren’t energy efficient. Yet the industry is responsible for 36% of total CO2 emissions.

For every sector, a price will be set on CO2 emissions, including for aviation and shipping. Whether this will be with a special tax or by emission trade isn’t clear yet, neither how this will be enforced outside of Europe and without compromising competition. Europe intends to tax goods with a higher climate footprint imported from outside the union and use that money to fund internal initiatives. 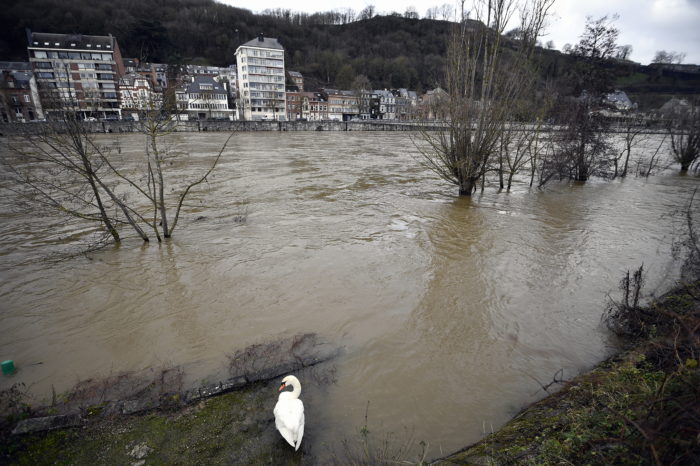 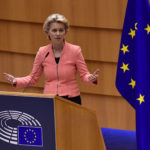