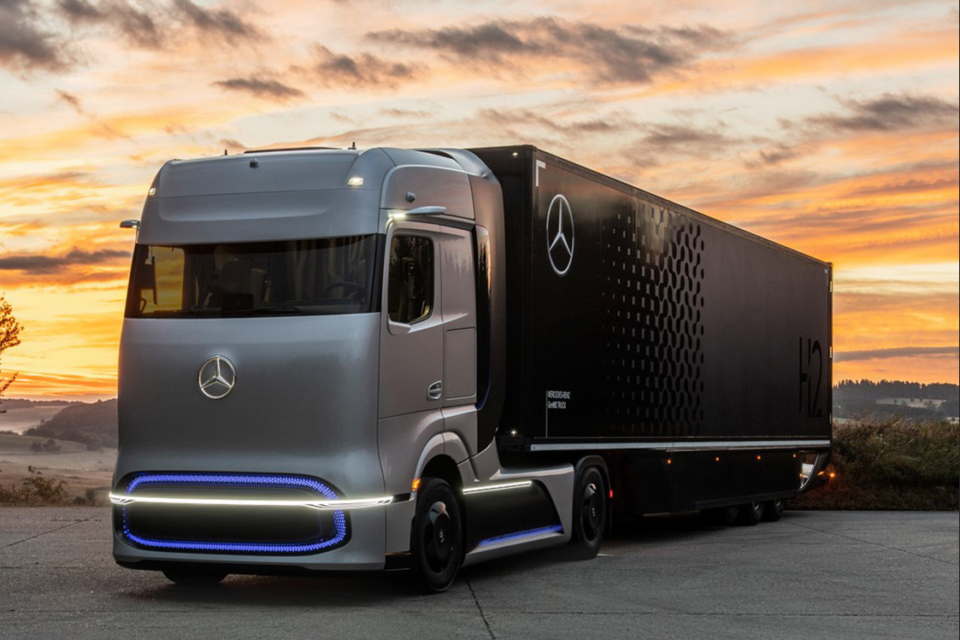 In Berlin, Daimler Truck AG showed its concept of the Mercedes-Benz GenH2 hydrogen truck that is to hit the road for selected clients by 2023 and will go into serial production in the second half of the decade /Daimler Truck AG

Daimler Trucks has unveiled in Berlin its concept for the next-generation heavy long-haul truck powered by hydrogen: the Mercedes-Benz GenH2. Armed with two 40 kg tanks with minus 253° C cooled liquid hydrogen and two fuel cells, the 40-ton truck will have a range of 1 000 km. And it’s to arrive at the first test clients in 2023.

Based on the performance specs of the Mercedes-Benz Actros, the GenH2 Truck with a gross vehicle weight of 40 tons and a payload of 25 tons should offer comparable performances as the classic diesel long-haul truck today.

Eventually, Daimler Truck AG will offer hydrogen trucks that use hydrogen in gaseous form too, but the preference is liquid hydrogen (LH2) because the latter has a far better energy density, which requires less bulky tanks to store it.

The other side of the coin is it requires the hydrogen to be kept at -253° C, with a sophisticated cooling system. But this technique is already relatively common in storage for industrial purposes and hydrogen tank stations. The tank system consists of stainless steel tubes that are vacuum insolated. The benefit is the lower weight of the tanks, compared to gas tanks.

The cooling system is to be housed vertically behind the driver’s cab. To be used by two powerful fuel cells (2 x 150 kW) that together are not requiring more space than a conventional truck diesel engine, the hydrogen has to be warmed up to gaseous form.

Inbetween the hydrogen tanks a relatively small 70 kWh battery pack, limited to a 400 kW peak, is mounted. It’s indented mainly to support the truck’s systems and the fuel cell system in particular when extra power is needed. This allows the fuel cells to constantly run the same output. Somewhat like a ship’s diesel engine that runs at continuous revolutions.

The battery can supply extra energy to the two electromotors that deliver 2 x 230 kW of continuous power and 2 x 330 kW peak performance. Torque is 2 x 1577 Nm to 2 x 2071 Nm respectively. When more power is produced by the fuel cells than needed to move the truck or when braking, the surplus energy is stored in the battery.

For the hydrogen tanks, Daimler Truck AG has worked with an external partner, the fuel cell technology is mastered inhouse with more than two decades of experience. In April this year, Daimler signed a non-binding agreement with Swedish Volvo Group to combine both companies’ expertise on fuel cells in a new 50/50 joint venture.

Second half of the decade

The goal is for the two companies to start delivering heavy-duty vehicles with fuel cells on hydrogen in series production from ‘the second half of the decade’. Daimler is bringing together all its group-wide fuel cell activities in a new ‘Daimler Truck fuel cell unit’.

That implies the operations of Mercedes-Benz Fuel Cell GmbH, headquartered in Nabern (Germany) and with production facilities in Germany and Canada. The latter has longstanding experience in developing fuel cells and hydrogen storing tanks, like for the Mercedes B-class fuel cell car that was already built as far back as 2009, and the current Mercedes-Benz GLC F-CELL.

The Mercedes GenH2 Truck is to hit the road at a number of selected clients for real-life testing in 2023. Serial production is targeted in the second half of this decade. But meanwhile, Daimler Truck advances in full-battery powered trucks earlier.

The battery-powered e-Actros LongHaul with an average range of 500 km is to hit the road in 2024. Most European transport companies will eventually choose for battery-electric trucks. EU legislation enforces truck drivers to make a 45 minute stop after 4,5 hours of driving. Theoretically, they can’t do more than 405 km as the maximum speed on European highways for trucks is 90 km/hour.

During the 45 minutes resting time, says Daimler Truck AG, modern charging systems allow to replenish the battery sufficiently for the next leg. This tends to be more cost-effective for transport companies in daily use if trips are planned wisely.

eActros tested in Belgium and Netherlands

On the other hand, after ten customers actively testing the full-electric smaller 25-ton Mercedes-Benz eActros truck for over a year in Germany and Switzerland, its test-area was expanded to the Netherlands and Belgium in August.

To start Dutch supplier of the Albert Heijn supermarkets, Simon Loos uses a 25-ton eActros daily for 200 km delivery trips out of the AH distribution center in Delfgauw (South Holland). 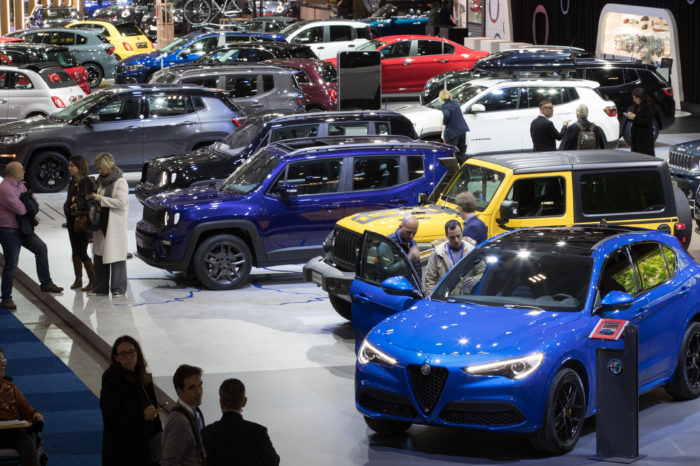 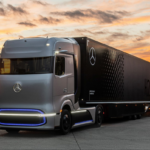