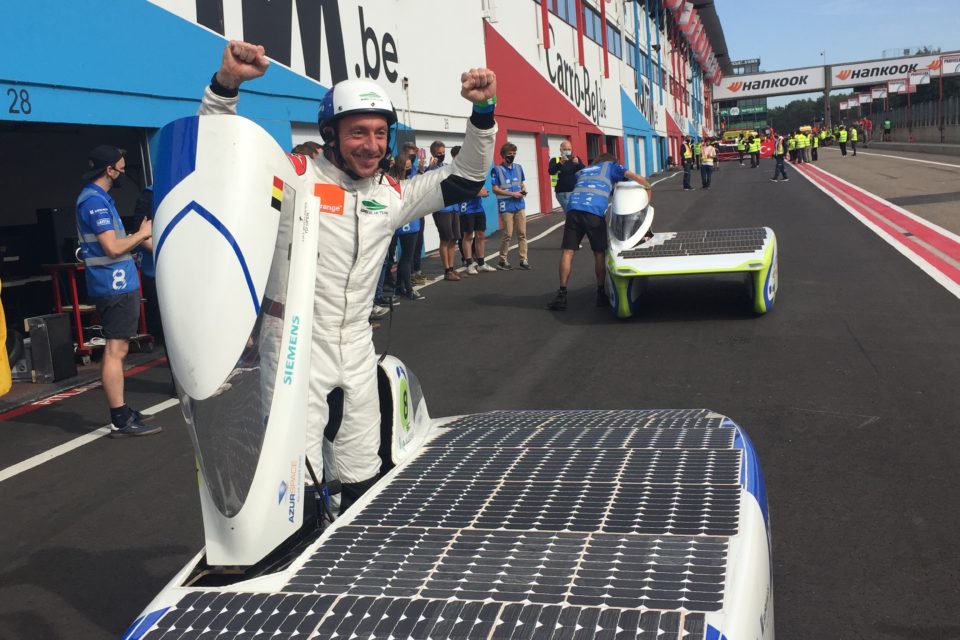 The Belgian students of the Agoria Solar Team have won the European Championships for Solar Cars with their car Bluepoint, on the race track of Zolder, on September 20th, 2020 /Belga

On Sunday, The Agoria Solar Team has won the championship for solar cars on the race track of Zolder (Belgium). The team with the Bluepoint car covered 352 rounds. The Solar Team of Twente (the Netherlands) obtained the second and third place with Red Shift (313 rounds) and Red E (304 rounds.

Eleven solar cars particitated. Cars from Belgium, Germany, the Netherlands, and Turkey, among others. It was Flemish Minister of Mobility, Lydia Peeters (Open Vld) who gave the starting shot.

It was clear from the beginning that the Agoria Solar Team would set the scene. Already in the first rounds, the Bluepoint cars stayed ahead, follewed by the two cars of the team from Twente. Bluepoint even kept on leading on its opponents at night when the cars were allowed to use batteries. During the night, they were only allowed to halt twice for an hour to charge the batteries.

What the Agoria Solar Team relaized in Zolder is unique. They were the first tram to win three consecutive races. “This victory is very meaningfull for our team because we were never able to win here,” said Nelis Geurts, one of the pilots. “It’s the first time we win the 24 hours of Zolder, and we’ve won out two previous races in other continents.”

It was the first time the Agoria Solar Team participated with two cars. Apart from the Bluepoint car, also Punch 2 participated. Punch 2 finished in fifth place and managed to finish 289 rounds. 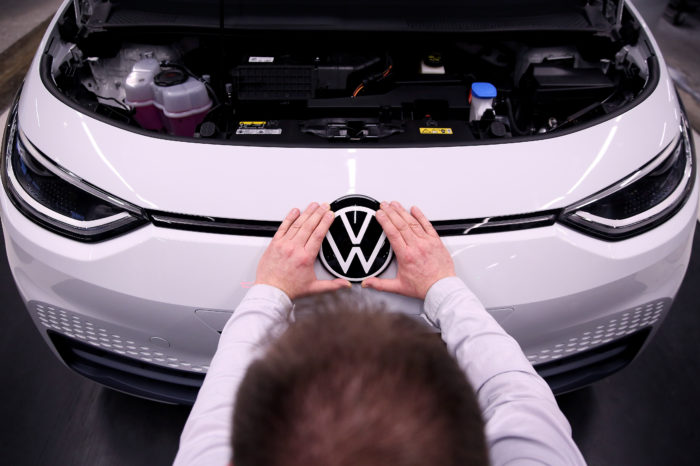 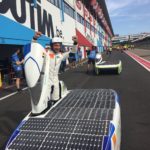