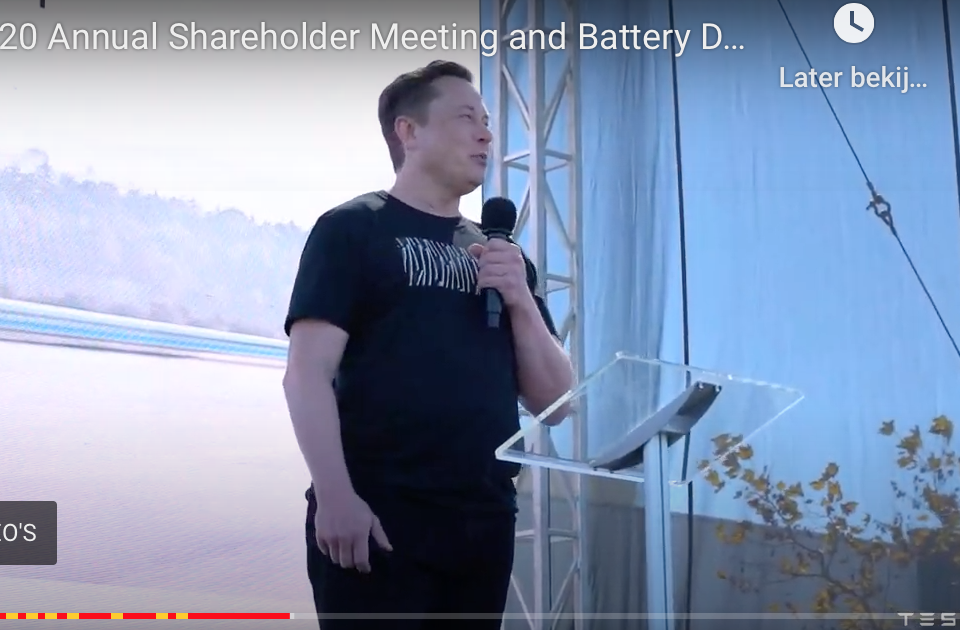 At Tesla’s ‘Battery Day’, Elon Musk announced important improvements but no real breakthrough. Reactions were mitigated, the share course went down by 7% /Tesla

During his long-awaited ‘Battery Day’ event, Tesla CEO Elon Musk announced a series of improvements for batteries, but no real breakthrough (yet). The markets react slightly disappointed.

No revolution yet, but Tesla announced a battery that costs 56% less than current batteries, and a battery-electric car at $25 000. Musk stipulated that these improvements won’t make mass-production before 2022 and that tempered enthusiasm and made Tesla’s stock share regress by almost 7%.

Battery Day was also the annual shareholders meeting for Tesla. Due to the Covid-19 pandemic, it was held on a huge parking lot, and participants were seated in some 200 Tesla cars, neatly arranged in front of a giant podium, drive-in movie-wise.

The presentation itself was fairly technical, and Musk went into a multitude of (small) improvements in battery technology. “Elon Musk didn’t revolutionize the battery or the way it is produced,” says analyst Karl Brauer (iSeeCars). “But he showed us a more efficient way to produce them and how a battery can generate and keep its energy more efficiently.”

“Tesla has presented a multitude of small improvements (for the battery and the car), permitting to reduce the cost, to increase productivity and production speed, and to augment the range,” Brauer adds.

The promise of Elon Musk is a car costing only $25 000 (€21 500) and able to drive some 800 km with one battery charge. The initial enthusiasm of the audience was subdued by the announcement that nothing of this would be ready for the market before (the end of) 2022.

The biggest novelty was a new cylindrical battery, named 4680, that is able to give five times more energy, six times more power, and 16% more range. Tesla has revealed its plans to produce the new battery in a facility near its Freemont headquarters (California), planned to open at the end of 2021. The production capacity should reach 10 GWh in the first stage.

Musk added: “It has always been our dream to produce an enchanting car for 25 000 dollars. Not only purely electric but also completely autonomous. But this won’t be possible before we are three years later.”

At the moment, Big Oil is worrying more and more where it will sell its stocks of fossil fuels now that the energy transition is really taking place. In the battery world, China is the unmistakable leader.

At the moment, China produces 72% of all solar panels worldwide and 69% of the lithium-ion batteries. It has also access to a large amount of necessary raw materials, like cobalt and others. Other prominent players are the Koreans and the Japanese.

Companies like Tesla try to challenge this dominance. Musk is busy to avoid using cobalt in his new battery types, not being too dependent on countries like China or Congo (where the mining of cobalt under inhuman conditions is more and more criticized).

The European production of solar panels has been killed by the Chinese (price) competition. For the building of windmills and wind parks, Europe is still the place to be. When batteries are concerned, Europe is far behind and running a catch-up race.

In 2017, Europe launched its European Battery Alliance (also known as the ‘Airbus of batteries’), where Germany and France have taken the lead.

An important indicator here is the demand for patents. The demand for patents in electricity storage is four times higher than for other technologies. Research of the European Patents Bureau and the International Energy Agency showed this over the period 2010-2018.

Japan and South-Korea represent a staggering 50% of all patent demands in this field, (3 500 out of 7 000 battery-patents total for nine years). South-Korean Samsung leads the pack, followed by Panasonic (Japan).

The first European company is Bosch, ranking fifth, GM is the first American company at place twelve. Tesla is not in the top 25 because it mostly gets its battery technology from others (Panasonic, for example).

According to the IEA, we will need 50 times as much energy storage capacity in 2040 if we want to make the sustainability switch in the energy transition agreed in the Paris Climate Agreement. “Accelerated innovation is essential to reach the necessary growth in these matters,” says IEA director Fatih Barol. 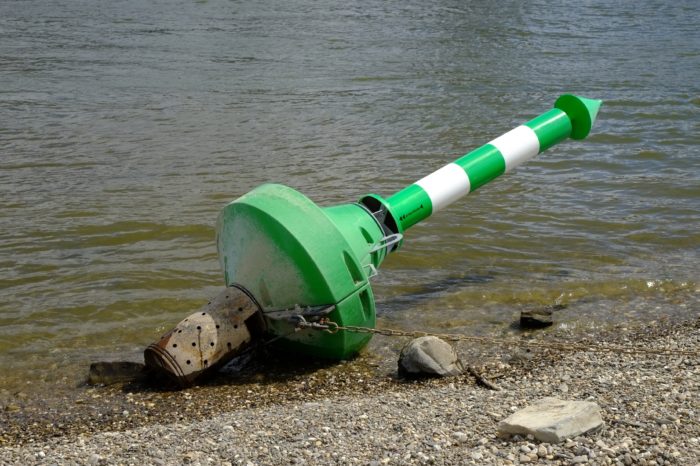 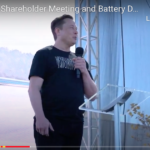