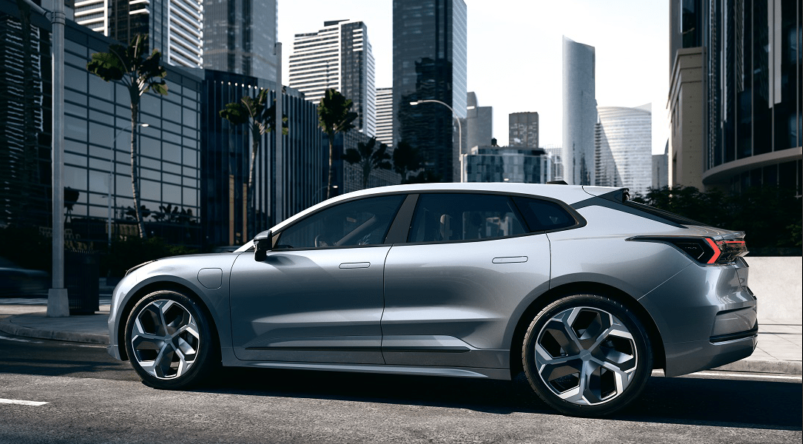 The ‘Zero Concept’ of Geely’s daughter Lynk & Co, brainchild of its Belgian CEO Alain Visser, is the company’s first fully electric vehicle, based on a new SEA platform /Geely

Lynk & Co, the Chinese-Swedish daughter of Geely that wants to be a radical new ‘mobility concept’ rather than a car manufacturer, is to present the end of this month its first full-electric ‘Zero Concept’ of a 4,85-meter crossover coupe. The new underpinning SEA platform for EVs the company wants to share as an ‘open source’ platform.

After two years of relative silence when the brand was only sold in China, the brainchild of its Belgian CEO Alain Visser is ready to roll out its mobility concept based on rental and sharing in the Netherlands, Belgium, Sweden, Germany, France, Italy, and Spain by the end of this year.

A few days before the Beijing Auto Show, Geely’s premium subbrand, Lynk & Co, shows its new – first entirely electric – Zero Concept. Full details will be released on September 30. It looks quite familiar as it uses styling elements of the Lynk & Co 01, but that is an SUV, rather than a crossover coupe. And the 01 is now a hybrid or plug-in hybrid, based on the CMA platform known from the Volvo XC40.

That Lynk & Co was initially meant to be built in the Belgian Volvo plant in Ghent, next to the XC40. But demand for the XC40 turned out so high, says Alain Visser, that Volvo Ghent couldn’t guarantee enough capacity for the volumes needed. So it was decided to build it in China only.

Meanwhile, it’s time for the full electric next step. According to some media, the Zero Concept features a 100 kWh battery pack and would claim a range of 700 km (NEDC), being more or less 430 km WLTP. A range in the neighborhood of the Tesla Y or Ford Mustang Mach-E (ER) and slightly more than the Volkwagen ID.4 to which this car could compare.

The Zero Concept might hit the road in 2021 as the ‘Lynk & Co 08’, and it’s based on Geely’s platform called SEA (Sustainable Experience Architecture). A platform that will be used widely by Geely and its brands itself, but a platform the company is also willing to share with other carmakers. Comparable to what Volkswagen does with its MEB platform.

And apparently, a ‘major’ German carmaker, like Daimler as suggested by Automobilwoche, could be interested. Geely Holding has a 9,7% share in Daimler, so it would somehow stay ‘in the family’.

No official word yet whether the production version of Lynk & Co’s BEV will be available from the start in Europe too. But on the Lynk & Co’s European website, the word is out the concept of the Lynk & Co ‘membership’ is still due for the end of 2020. That will then rather be with the hybrid cars to start.

Membership instead of ownership

The concept proposes a membership fee that can be even monthly to drive a Lynk & Co car of your choice and even share it with friends or other members to lower your monthly cost, using the built-in sharing concept and app.

After working at Ford and General Motors, Belgian Alain Visser puts his ideas into reality at Volvo and its parent company Geely. That’s why he created Lynk & Co as a mobility company and not only a car seller/manufacturer. But he tries to think further.

It was a personal ‘gamble’ for Alain Visser, who, after a career at Ford and GM, changed chairs in 2015 from Volvo, where he was Senior Vice President, Marketing, Sales and Customer Service, to join Chinese carmaker Zhejiang Geely Holdings (ZGH), owner of Volvo, to set up a whole new car brand.

Frustrated by the lack of innovation in the car industry, he proposed his vision about the new client of the future to the Chinese management, who gave him the green light to develop a new brand. “I was 52 at that time and had seen a lot in the industry, but this is the first time I could do something I’m backing for the full 100%. But I know it can fail too…”

In a company video, Visser explains that he sees a whole new generation standing up who no longer want to ‘own’ a car, but instead go for ‘experiencing’ mobility. “We see that people still want to drive a car, but not necessarily want to buy it. So our concept is to offer mobility rather than selling cars.”

“There is a key ingredient to what consumers want today, and that’s sustainability. Sustainability is absolutely paramount in everything we do. And it goes beyond the product. It’s the core of the brand. We also see that these people want things to be brutally simple, with no hassle, no complications. So we like to keep even the choices brutally simple.” 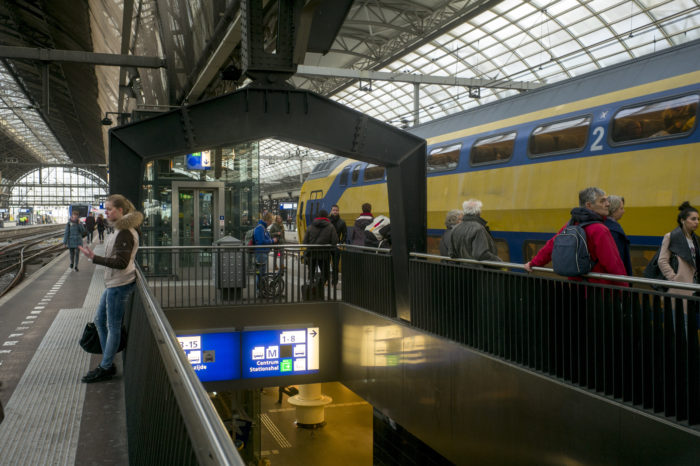 Region of Amsterdam is spreading its commuters 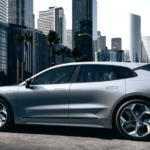