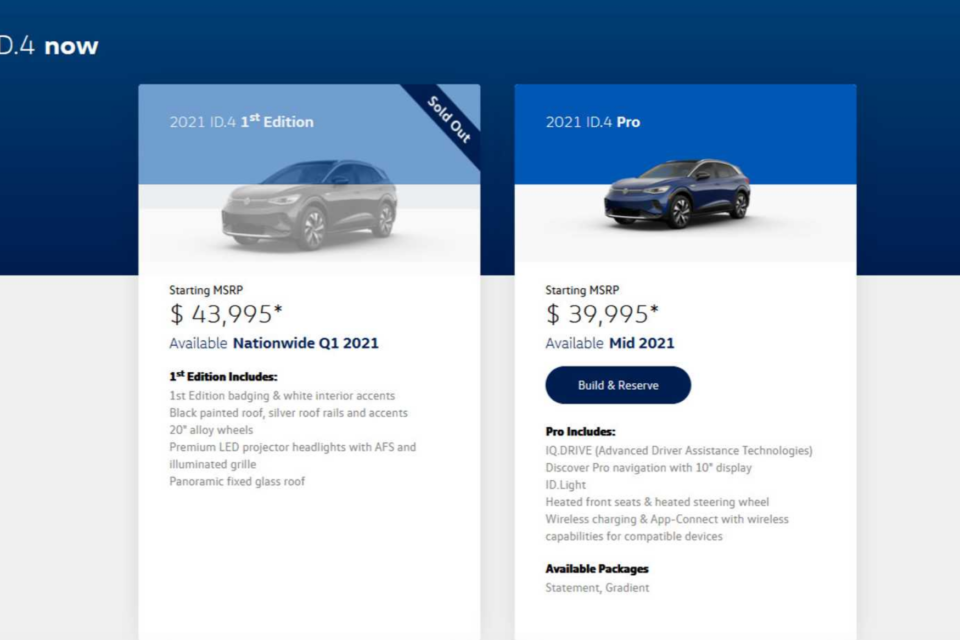 The limited 1st Edition of the VW ID.4 was sold out in the US in one day /VW

VW’s first compact electric SUV, the ID.4, is accepted successfully on the market. In the US, the new model was launched on Wednesday and immediately sold out.

Together with the global premiere of the model, Volkswagen US launched a VW ID.4 reservation platform where interested people could choose between the launch model ID.4 1st Edition (available at $43 995) and the regular model ID.4 Pro (proposed at $39 995).

The 1st Edition will become available in the US in the first quarter of 2021, while the regular model is delivered mid-2021. From the limited 1st edition (27 000 units are foreseen), a rather careful 2 000 were destined for the US market. They sold out in just one day.

To be produced in the US too

All the ID.4 offered at the moment will be imported from Germany (produced in Zwickau). Still, in 2022, the company will start producing ID.4 locally in the US and possibly offer also other versions. Another facility will also assemble the car in China later on.

It’s difficult to say how many ID.4 models might be sold in the US as of 2022, but specialized news sites like Inside EV expect one of the highest results for non-Tesla EVs in the U.S. At least if there are no supply constraints. In the States, the ID.4 will be directly pitched against the new Tesla Model Y.

Meanwhile, the sales of ID.3 have started all over Europe. For the first three weeks of September, Volkswagen sold over 1 000 ID.3 units in Norway. By doing so, it is outselling the current ‘champion’, the Tesla Model 3, by 300 units.

Of course, in Norway, the EV country ‘par excellence’, Volkswagen is a strong brand. Even the former Volkswagen e-Golf (seventh generation) was a hit over there, whereas, in other EU countries, it was rather a shrinking violet. 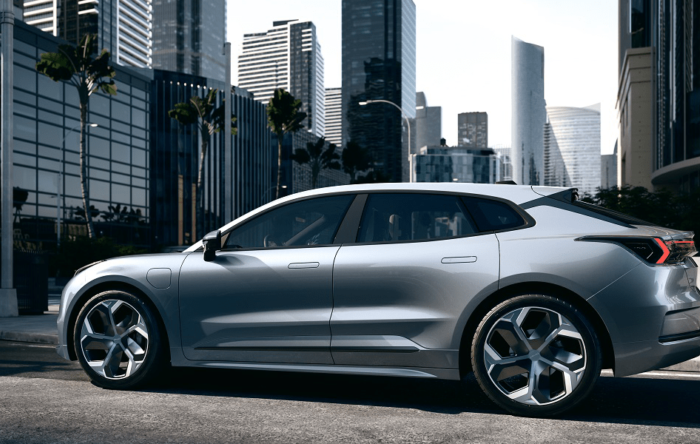 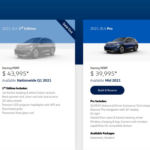