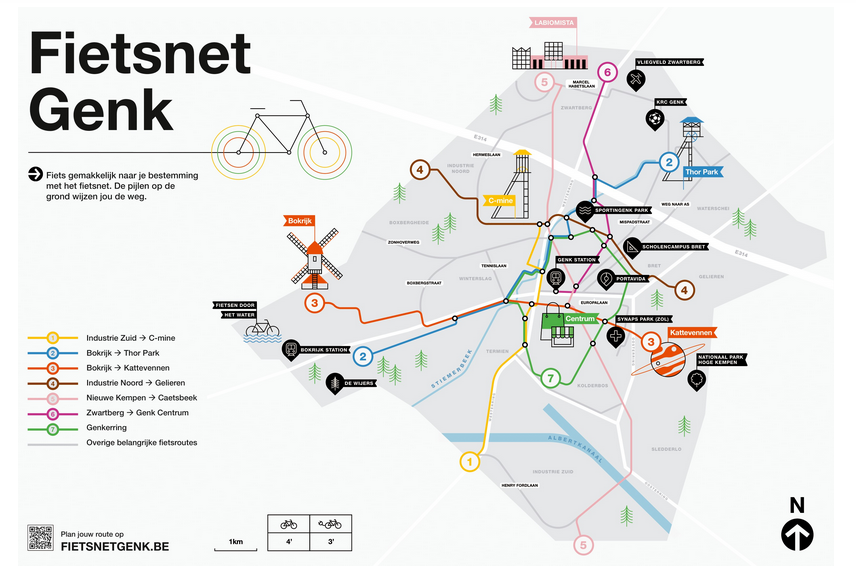 The map of ‘Fietsnet Genk’ is comparable with a subway map. It has seven routes, each in its own color, and the colors are also marked on the road surface of the bike paths /Fietsnet Genk – Stad Genk

Genk has inaugurated a new bicycle network, ‘Fietsnet Genk’, that connects all areas and remote corners of the city. With the new bicycle project, Genk wants to present itself more as a bicycle city. Genk is, by its own account, the greenest regional capital of Flanders, a city that is entirely accessible to the bike.
This content has been archived. Log in or Subscribe to a level that has access to archived content.