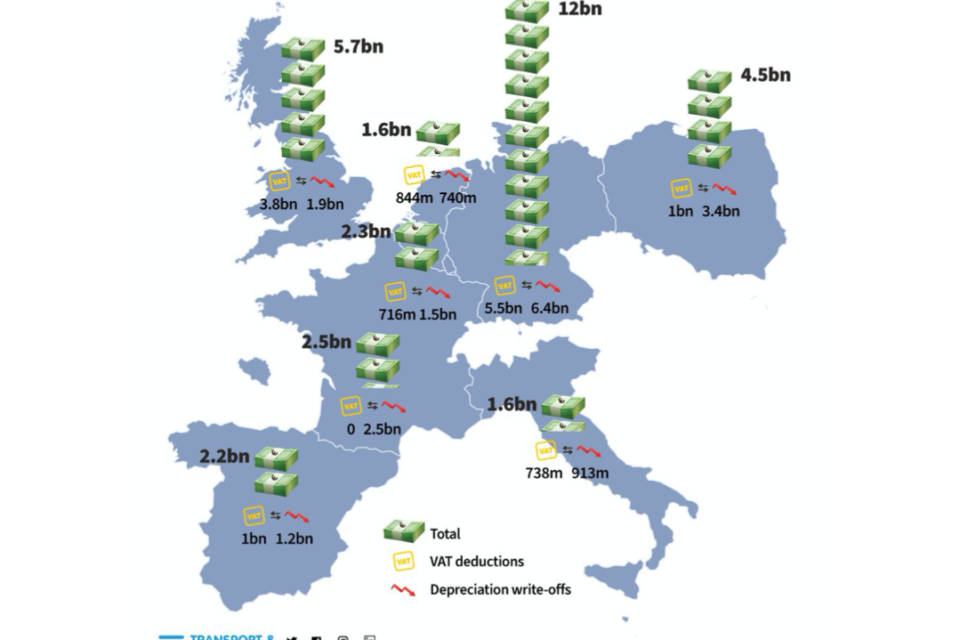 In total Europe is subsidizing company cars that are for 96% ‘polluting ICE cars’ for a total of €32 billion, says Transport & Environment /T&E

The NGO Transport and Environment makes a remarkable plea to make company cars all over Europe, which account for six in ten new cars sold, up to 30% electric by 2025, and 100% by 2030. “Now,” says T&E, “EU taxpayers ‘fork out €32 billion for tax benefits for polluting diesel and gasoline cars.”

The latter was shown by a report commissioned by T&E with market research firm Dataforce. “While representing 3,7% of the total vehicle fleet, the ten largest leasing companies alone – including BMW’s Alphabet and Daimler’s Athlon – cause 8% of EU car CO2 emissions.

Twice as many kilometers

One of the primary reasons is “they are driven over twice as many kilometers as private cars.” Some 10 million company cars, 96% of them using fossil fuels, account for 44,3 million tons of CO2 per year. Countries with the highest percentages of company cars are Poland (71%), the Netherlands (67%), Germany (66%), Belgium (57%), and the UK (56%).

So for now, T&E says, European governments are subsidizing pollution and climate change. Belgium leads the pack with an average tax benefit on company cars of €6 542, followed by Poland with €5 157 per car, and Spain with €3 498.

On the opposite side of the spectrum is the Netherlands. Giving bearly a tax benefit to ICE cars anymore, but on average of €1 378 for an electric vehicle. In Norway, this is even €1 946. In Belgium, the tax benefit for an EV is merely 120 euros per car.

Not surprisingly, the Netherlands and Norway are the two European countries that take the lead in electric cars, which shows best in a company car fleet being electric 18,9% and 24,8%, respectively.

A number of measures would be sufficient to electrify the entire European car fleet, says T&E. Leasing companies should be forced to have 30% of their fleets fully electric by 2025, and 100% of their fleets by 2030. It should be done ahead of the private market, to accelerate the ICE (Internal Combustion Engine) phase-out across Europe.

The plea is remarkable, coming from the environmentalists, as it doesn’t want to abolish the widespread system of company cars in Europe but sees it as a lever to make the car fleet in the EU greener in a fast way. In that sense, the Brussels-based NGO is on the same wavelength as the new Belgian ‘Vivaldi’ government, aiming to make all company cars fully electric by 2026.

According to the NGO, this system is also for companies the most advantageous. Saul Lopez, e-mobility manager at T&E, says: “Electric cars are already the best choice for corporate fleets, which clock up high mileage and care about overall costs, not the sticker price.”

The total cost of ownership (TCO) of bigger electric cars is 9% cheaper than diesel cars, with an EV costing 0,39 euros per km compared to 0,43 euros for a diesel car. Over an average leasing period of four years, this accounts for €4 300 savings. So, also for companies, electrifying the fleet is ‘low-hanging fruit‘ to be harvested.

For this ‘greening’ of the company fleet to succeed, investing in sufficient charging infrastructure is needed, says T&E. For this, €2 billion of the €32 billion spent yearly for subsidizing company cars today should be adequate.

In its report, T&E advises the EU to revise the current Alternative Fuels Infrastructure Directive (AFID) and turn it into a Zero-Emission Infrastructure Regulation (ZEIR) for a more harmonized and rapid implementation of charging infrastructure.

This means, in particular, focusing on three main pillars. First is promoting the installation of charging points at company facilities and adding incentives to ensure they are used. Second, are national plans for simplifying the development of fast and ultra-fast charging infrastructure (more than 100 kW) for the highways network. 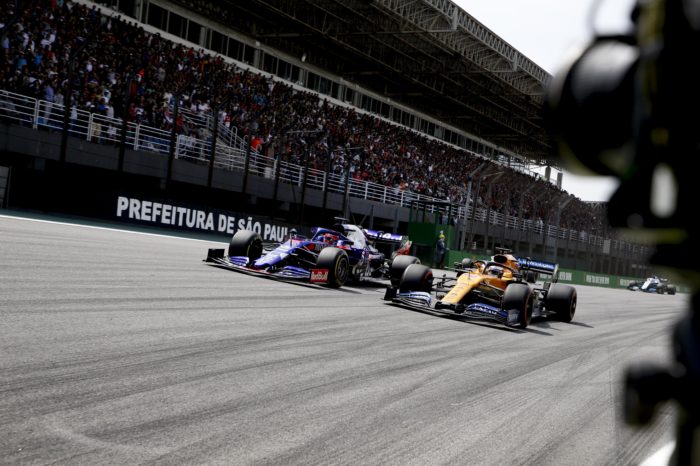 Honda to leave F1 in 2021, 'incompatible with carbon neutrality' 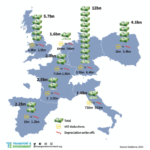