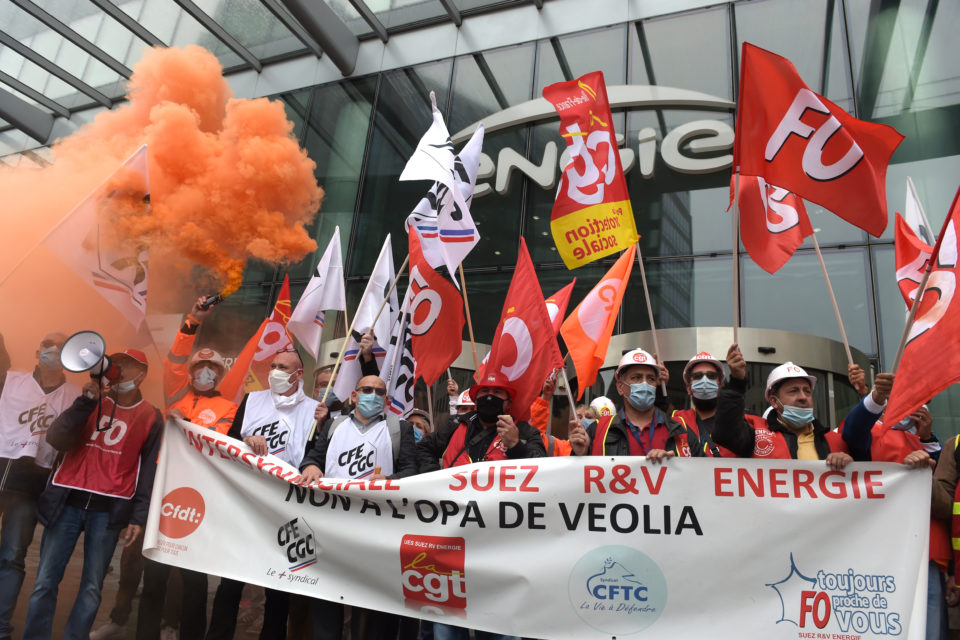 Unions members of Suez demonstrate against against Veolia’s takeover bid on September 29, 2020 in La Defense, west of Paris, outside French energy firm Engie, parent company of Suez. But Engie at last accepted the bid /AFP

After weeks of tensions between parties, the French energy supplier Engie yields at last for Veolia’s bid, raised from 2,9 to 3,4 billion euros, on its 29,7% share of Suez. Both Suez and Veolia are world players in waste treatment and water purification. Veolia wants to acquire its competitor to become a ‘world champion.’ But Suez resists heavily against ‘a hostile takeover’.

By agreeing, Engie ignores the opposition against the Veolia take-over from French politicians, while the government is still Engie’s biggest shareholder with 23,6%. The government’s representatives on the board are said to have voted against it to avoid a ‘company war’ in France and out of fear of job losses.

Engie emphasizes that it consents with the deal only after Veolia promising not to do a hostile bid on Suez’s other shares. But Suez itself isn’t consenting yet. In becoming the biggest shareholder of its competitor with 30%, Veolia will have more power to force Suez to surrender.

Jean-Pierre Clamadieu, president of Engie’s board, said to expect that both parties will settle the dispute eventually. Clamadieu wants Engie to focus in the future on energy, and with the €3,4 billion deal, the energy giant realizes a surplus-value of €1,8 billion for its Suez shares.

In the last weeks, Suez has tried to find a line of defense in pushing the French investment fund Ardian to make a counteroffer. But since the latter decided on Monday to withdraw, the path to getting the keys to Suez lies open for Veolia.

Veolia Environnement, active in 48 countries, has been targeting the assets of its slightly smaller French sector colleague Suez for some time now. CEO Henri Proglio tried it in 2006, and his successor Antoine Frérot, current CEO, made already a first attempted in 2012.

These two attempts failed partly due to the Engie chairman’s resistance. Gérard Mestrallet, who for years ruled the roost at Engie and Suez, never wanted to sell to his ‘arch-rival’. But his successor, Jean-Pierre Clamadieu, adheres to a more pragmatic approach. 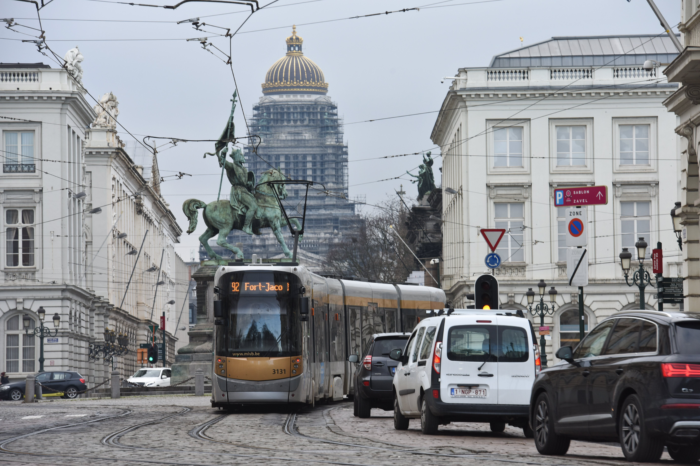 More than half of Brussels' households do not have a car 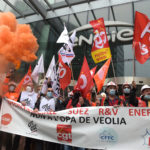