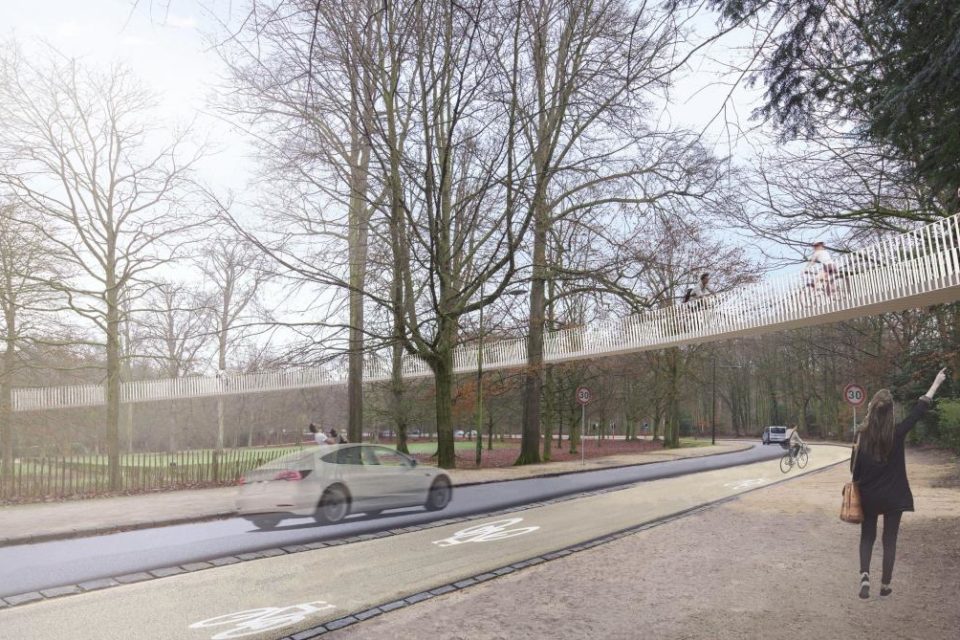 Architect and city planner, Philippe Verdussen, proposes a cyclist and pedestrian bridge in the trees to get out of the imbroglio concerning the mobility plans of the Bois de la Cambre /Archi 2000

The Bois de la Cambre is an emblematic place in the south of Brussels. The urban public parc covers an area of 124 hectares and is part of the old Sonian Forest. The site, classified since 1976, has lawns, wooded areas, ponds, paths, as well as a few pavilions and buildings.

A road in the form of an eight also crosses the forest. It allows both east-west (from Ixelles to Uccle, and vice versa) and north-south (from Brussels-City to Waterloo, and vice versa) traffic. In that sense, it combines two functions: that of green space and a traffic node.

On Saturdays and Sundays, some routes are closed to cars, leaving the way free for cyclists, joggers, roller-skating enthusiasts, etc. But during the lockdown, a controversy arose about the destination of the park.

Since the park was closed to motorized traffic at all times, cyclists, pedestrians, and nature lovers found a new freedom and demanded that the place remained a permanent nature area. Annoyed by the transfer of car traffic to the adjacent roads, others – residents, shopkeepers, commuters – on the contrary, pleaded for a complete reopening to cars.

The City of Brussels, which manages this area, did try to reach a compromise in the form of a new traffic plan from 14 September. However, this had the effect of further complicating the situation, as it gave rise to legal action from the municipality of Uccle.

To get out of this imbroglio, the well-known architect and urban planner, Philippe Verdussen, who’s Archi 2000 workshop is located on the edge of the Bois de la Cambre, has now launched the idea of a cycle and pedestrian path through the trees.

“The primary objective of my project is to encourage soft mobility, while not excluding the car,” says Philippe Verdussen in Le Soir, while clarifying that what he proposes is not a completely finished project but rather a blueprint that would need to be discussed and clarified on a technical level.

According to Verdussen, a car ban only creates traffic congestion on the woods’ edges, including Waterloo Street. Therefore, he’s putting forward the Bikes line’s idea, a cycle and pedestrian path that would cross the entire length of the site, from north to south.

This path would rise high above all the crossroads and roads that are very busy with cars to make it safe. It would then become a bridge. A total of six friction points have been identified that would require the use of height.

This bridge would then pass through the woods, wandering between the trees. Pedaling up a gentle spiral climb around a tree would access it. On the ground, the pressure of the car would only be reduced, for example, by removing a traffic lane or by creating a 30 kph zone. The freed spaces would be given back to pedestrians and cyclists here too.

This project does not require very significant resources, says Philippe Verdussen, who’s keen to find private individuals ready to co-invest with the authorities. Finally, still according to its initiator, this Bikes line could give Brussels an original and sustainable cachet. 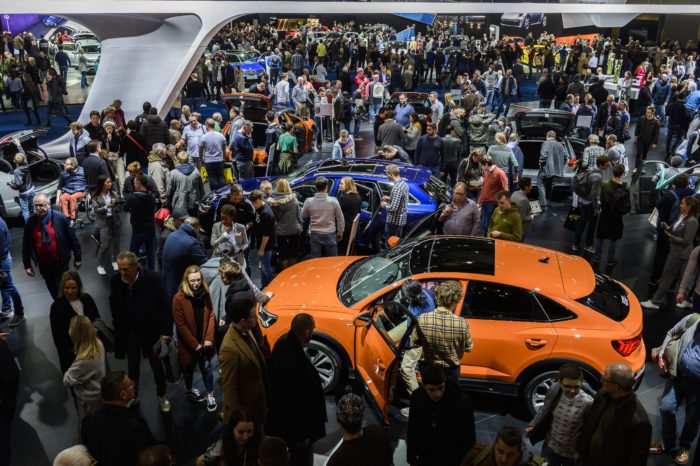 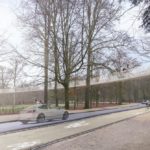