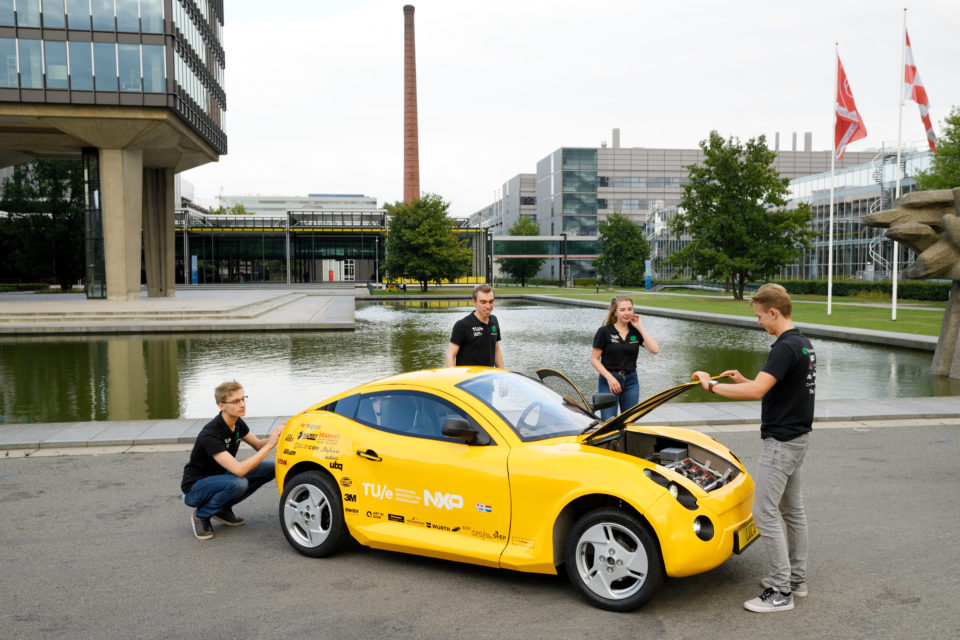 Students of the Technical University Eindhoven and the Fontys High School have presented on Thursday ‘Luca’, a two-seater electric city car nearly entirely built from recycled waste. The students – a team of 22 in total – worked a year and a half to develop materials and production processes and eventually build Luca.

Luca’s shiny yellow body is made of recycled ABS, the same plastic used for Lego blocks, die-cast in molds to form body panels. For instance, the chassis is a sandwich panel with an internal honeycomb structure made out of flax fibers that are used instead of carbon, combined with plastic, which was fished from the ocean and PET bottles.

The result is a sporty-looking electric car that actually has all features of a small city car and could even get a Dutch registration in the future. With its 3 315 mm length, 1 550 mm width, and 1 225 mm height the car is very compact. The cute ‘waste-EV’ has two electric motors built into the rear wheels, has a 220 km range, and can reach a top speed of 90 km/hour.

The car weighs only 360 kilograms, 420 with the batteries. Those lithium-ion batteries can be easily removed to be changed on the road if needed. The body isn’t painted but gets its yellow color from a synthetic wrap that can be removed easily at the end of the car’s lifecycle so the plastic body can be better recycled.

In the interior, the custom made chairs have cushions filled with coconut hair and horsehair. The latter was commonly used in cars – like the Mercedes SL, for instance – decades ago too. The fabric around them is made of recycled PET but feels and looks like suede, the students say.

For instance, other interior parts, like the center console are made of a plastic additive from household waste. Household waste sacs with all their content are thrown into a reactor that pulverizes it and cooks it to become a sort of ‘plastic soup’ that can be poured into a mold to get the desired form. Recycled PET is used to cover the dash and panels, giving it a sort of ‘leather’ feel.

Nearly everything is made of recycled material, except for electric components and the tires, for instance, and the windscreen. The latter is polycarbonate, a light material that is very well suited but tends to become blackish after recycling. Hence a new windscreen in front and ‘tinted’ side windows from recycled polycarbonate.

Students don’t expect the car industry to follow their example instantly. But as they worked closely with several suppliers and manufacturers to produce the materials they developed, they surely aroused interest. So some of their findings might find their way into the industry. Their message is simple: there is no such thing as waste, only materials to be recycled. 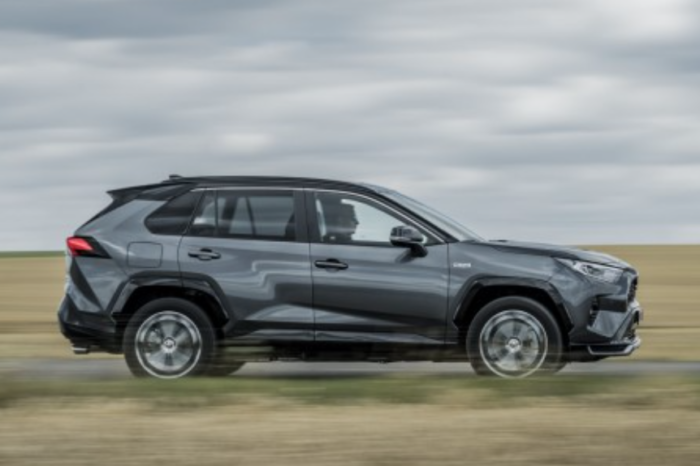 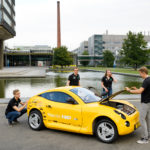