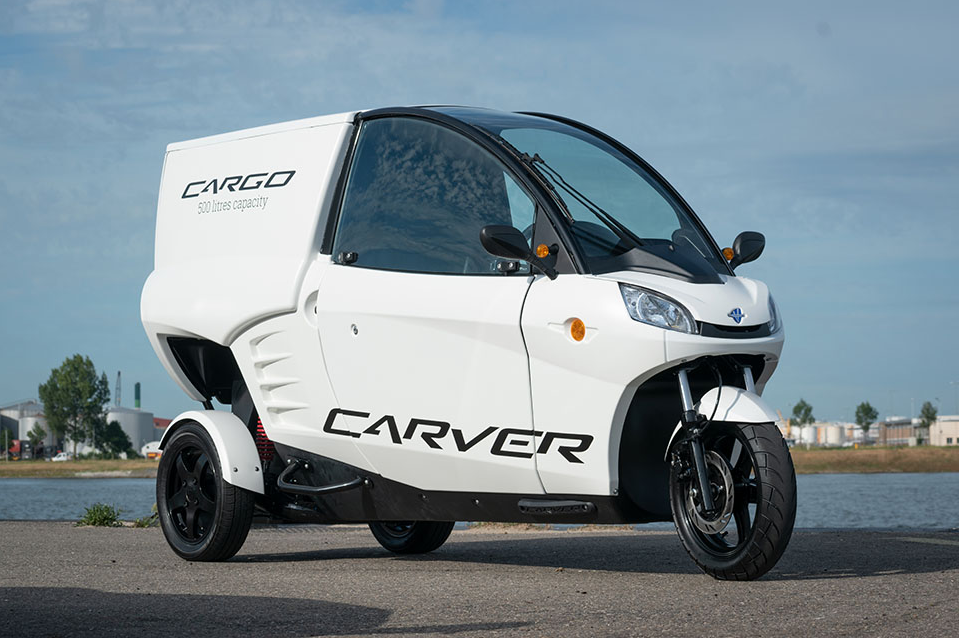 Ten years after its failed introduction, the Dutch three-wheeler Carver returned in September last year in an electric version for the city. One year later, Carver introduces the full electric ‘Cargo’ with 500-liter cargo capacity, a perfect solution for last-mile city deliveries. And it can be equipped with custom insulated containers for warm or cooled deliveries.

The Carver Cargo was presented at the EV Experience days at the Zandvoort race circuit in the Netherlands last week. Ordering is open at a starting price of 9 990 euros, and the first deliveries are scheduled for January 2021. Apparently, Sushi takeaway Doozo from Leeuwarden was one of the first to order eight of them, and others are following.

Like the classic electric Carver, the Cargo is fully electric, has 2 x 2 kW electromotors, and a 5,4 kW Lithium Iron Phosphate battery. The top speed of 45 km/hour is far less than the 185 km/hour of the original Carver with a gasoline engine, but this is no speed for city traffic anyway.

It has a range of 100 km and can recharge in 4,2 hours to 80%; to 100% in about six and a half hours. The fact that it has no fast-charging option might be seen as a drawback, compared to a classic delivery scooter. But a major feature is that the driver sits dry and safe, and the option of warm or cooled deliveries is a plus too.

He’d better watch carefully that the pizzas or sushis are stored securely in the back, as, like the original Carver, this one also leans up to 40 degrees when cornering, using the patented Dynamic Vehicle Control (DVC™) that made Carver unique.

The Carver three-wheeler was born out of the idea of developing a vehicle for two persons, smaller and more agile than a car. Research in the nineties had shown that most cars were occupied only by one or two passengers.

Two Dutchmen, Chris van den Brink, and Harry Kroonen founded Brink Technologies Group in 1994 to become Carver Europe later. By 1997, the Carver One got its homologation for the road from the Dutch authorities. Ten years later, the first Carver Ones were delivered to clients.

The Carver One was longer and wider than the current e-version and weighed nearly double: 640 kg. It used a small Daihatsu combustion engine and could reach speeds up to 185 km/hour. That appeared to be the Carver’s Achilles heel when Toyota took over Daihatsu and stopped engines’ delivery.

After less than 300 Carver Ones produced, the company had to file for bankruptcy, and in 2010, the company started up again as ‘Carver Technologies’ to market its DVC technology. It was used by several companies, like for the development of the ‘flying Carver’, PAL-V Liberty.

Convert it to electric

In 2015, Carver decided to again pick up the three-wheeler concept and convert it to an electric version. Development took three years, and a new factory was built in the north of the Netherlands, in Leeuwarden, where the company is headquartered now. A large part of its production occurs in South-East Asia; the final assembly is done in Leeuwarden.

For the time being, it’s only sold in the Netherlands. “In the future, we will also evaluate market opportunities in other countries, but we would need to extend our service and support network first before venturing abroad,” Carver says on its website. But you are free to order one and have it shipped to your home country at your own expense if you can’t wait. 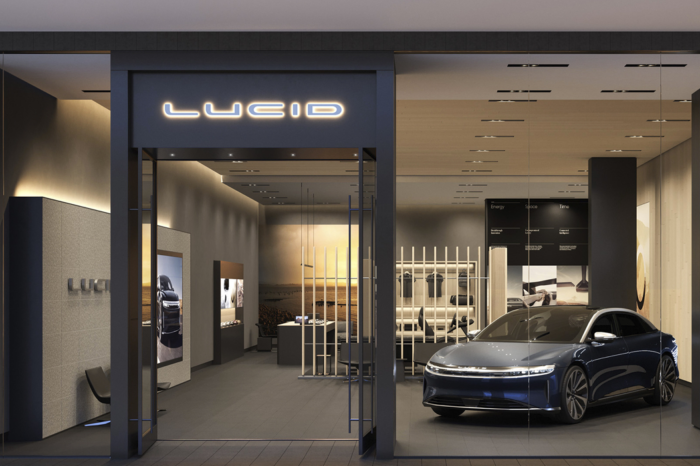 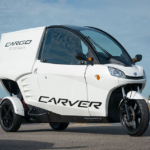