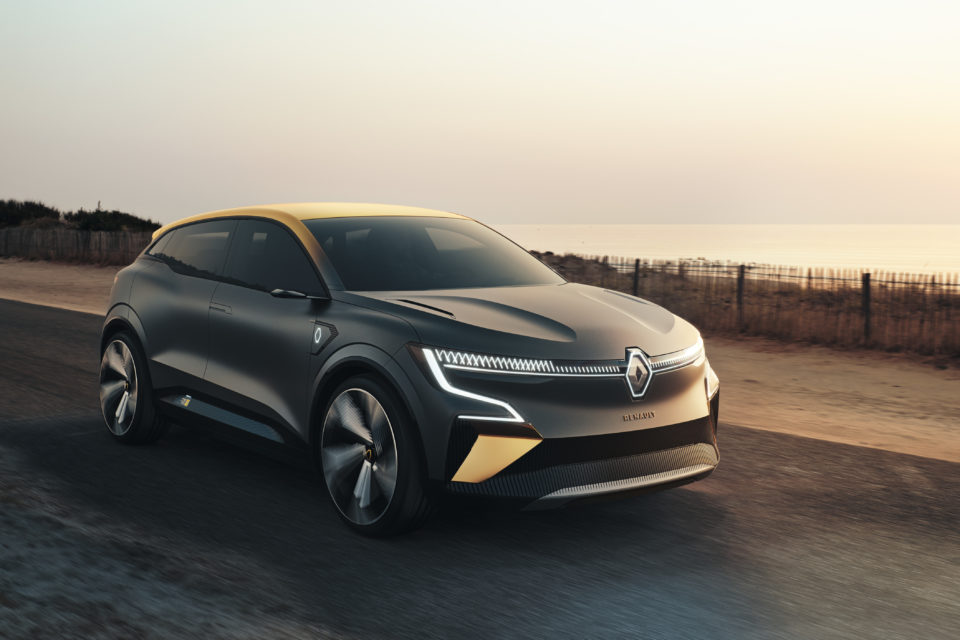 The Mégane eVision forebodes the new electric future of Renault. The production version comes in 2022 /Renault

On Thursday, the new Renault CEO, Luca de Meo, presented the next generation of electric cars, featuring the Renault Mégane eVision (due in 2022) and the Dacia Spring (on sale next summer).

One can see parallels between Renault/Nissan and BMW (in the premium segment). Both were early believers in electric mobility: Nissan and Renault with Leaf and Zoë, BMW with i3.

The three of them were partly punished by a market that wasn’t ready yet. Although they sold the most EVs in their respective segments, the move still cost a lot of money, so they momentarily got cold feet.

Now, the competition has caught up, and they have to start a catch-up race. Nissan will introduce Ariya soon, Renault comes with eVision, BMW looks forward to i4 and iNext.

Together with its Alliance partner Nissan, Renault was one of the first to come to the market with a fully electric car. Until now, more than 300 000 units are already sold of Zoë and Kangoo Z.E., but now it has to change gear as soon as possible.

The new boss, Luca de Meo, knows this. He has focused his new offensive on two subjects: electrification and bigger cars (C segment or higher), to make more profit per car.

“The new offensive of Renault will be in the C and C+ segment,” indicates de Meo, “and we will capitalize on the force of Renault regarding electric and hybrid cars.”

Renault has made several attempts to be competitive in the higher regions of the market, mostly in vain, so it will now recenter its activities “in segments and markets where we can make the difference and earn money”.

The future portfolio’s heart will be that C/C+ segment, using the new CMF-EV modular platform for the electrified versions. This platform has been jointly developed with Nissan and is characterized by a very flat battery pack.

As said, the first Nissan on this platform will be the Ariya, soon followed by the Mégane eVision at Renault. The new platform is flexible enough to accommodate cars from 4,20 to 4,70 m in length.

“From 2022 onward, we will be offering all our new models also as hybrids or fully electric vehicles,” explains de Meo. “Our aim is an emblematic electric portfolio that can make money, where prices start under €20 000, and that will be produced in France.”

First in the row is the Mégane eVision, scheduled for mass production in 2022. Mégane is an emblematic name for Renault. It has been launched just 25 years ago and has been the brand’s most popular model for decades.

“We”ve been giving one of our most iconic models a new future,” says de Meo. “It’s Mégane reinvented, and at the same time, Renault reinvented. This is only the beginning.”

eVision is still a concept, but the Mégane production version that will be derived from it will only be available with an electric motor. With the fading out of the current Mégane, the internal combustion engine (ICE) will also disappear.

The new car is a coupe-like cross-over of modest dimensions (4,21 m in length) that will offer lots of interior space thanks to its dedicated electric platform. It’s clear that it will be a direct competitor for VW’s ID.3, the electric VW of a new era that has just been launched now.

The ambitions are clear: minimize the external footprint as much as possible, maximize the interior space, comfort, and modularity. The wheels are stretched to the corners, and the wheelbase is a healthy 2,77 m. The ultra-flat battery pack allows much interior space and, nevertheless, a low profile for good aerodynamics. The specially shaped 20-inch alloy wheels should also contribute to this.

The Mégane eVision has a very compact electromotor that drives the front wheels. It develops 160 kW (217 hp) and delivers 300 Nm of torque. With a battery pack of 60 kWh, a WLTP range of 450 km should be guaranteed.

Charging is possible up to 22 kW on alternating current (AC) and up to 130 kW on direct current (DC). With a gross weight of 1 650 kg, the large battery pack included, the new electric Mégane remains clearly under the 1,8-ton limit that the French government is looking for to penalize weight taxation.

At the same time, Renault has announced its low-cost electric vehicle, the Dacia Spring Electric. Like the concept car showed at the beginning of this year, the product version is a small, urban SUV.

With its 3,73 m of length and 150 mm of ground clearance, the Spring is high on its wheels and looks nimble and compact. It inaugurates a new Y-shaped light signature at the rear, and the stamped steel wheels have a light alloy look thanks to their Flexwheel technology. At 4,8 m the turning radius is notably restraint.

The interior gives room to four adults and 300 liters of luggage. We have a 33 kW (45 hp) electromotor under the hood, getting energy from a 26,8 kWh lithium-ion battery pack, reaching a top speed of 125 kph.

No exact price tag is already communicated, but persistent rumors speak of a starting price well under €15 000. Renault stipulates that the total cost of ownership (TCO) will be lower than that of a comparable car with an internal combustion engine.

Renault, which already has some 9 000 Zoë and Twizy models driving around Europe in car-sharing systems (recently GreenMobility in Belgium was added), has developed a specific version for the car-sharing market.

It is pre-equipped with the necessary items to facilitate car-sharing, a navigation system, and Apple CarPLay or Android Auto connectivity included. The interior and exterior are prepared for heavy usage and easy cleaning. 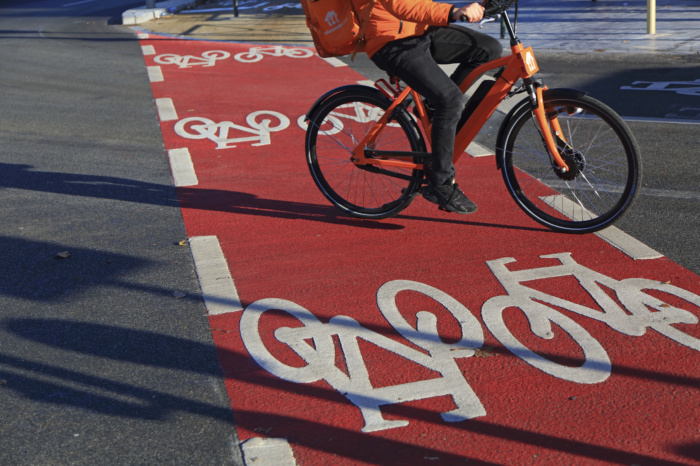 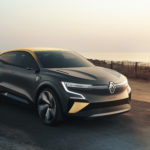