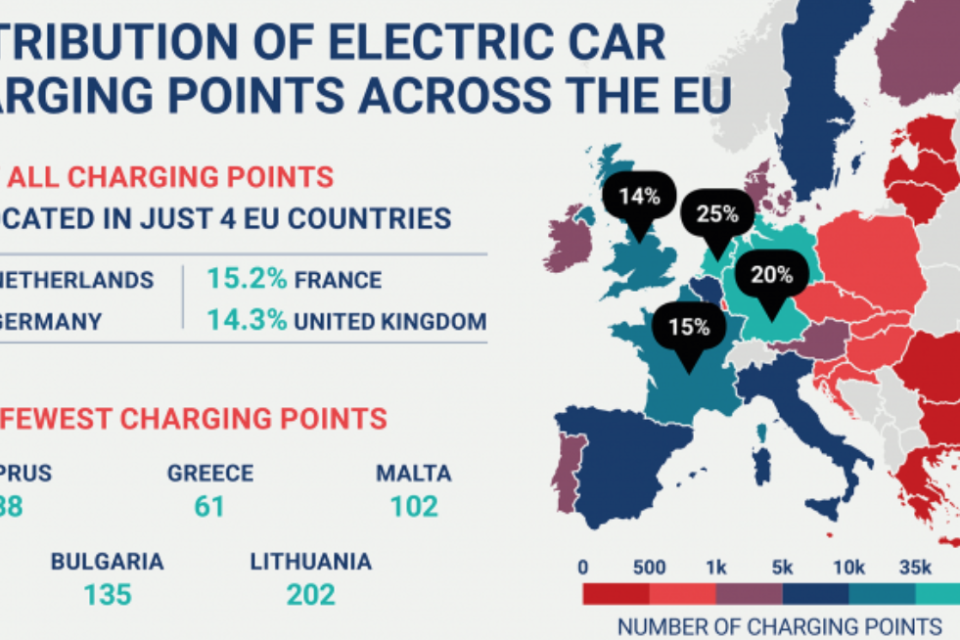 A new report by the European Automobile Manufacturers’ Association (ACEA) shows that despite strong growth, the available charging infrastructure for electric vehicles in the EU still falls far below what is needed and remains unevenly distributed across member states.

ACEA published the second edition of ‘Making the Transition to Zero-Emission Mobility’, an annual study that tracks progress on the availability of the infrastructure and incentives necessary to foster the market uptake of alternatively-powered vehicles.

Only half the pace

The new report shows that sales of electrified cars in the EU increased by 110% over the past three years. However, during the same period, the number of charging points grew by just 58% (to ± 200 000). This demonstrates that investment in infrastructure is not keeping pace with the increased sales of electric vehicles.

“This is potentially very dangerous, as we could soon reach a point where the growth of electric vehicle uptake stalls if consumers conclude there are simply not enough charging points where they need to travel or that they have to queue too long for a fast charger,” warns ACEA Director-General, Eric-Mark Huitema.

ACEA’s report also reveals that just 1 in 7 charging points in the EU is a fast charger at the moment. Only 28 586 charging points are suitable for fast charging (with a capacity of ≥22kW), while normal points (<22kW) account for the vast majority (171 239).

Another rising problem is that many of the so-called ‘normal’ charging points included in EU statistics are low-capacity power sockets that are not suitable for charging vehicles at an acceptable speed, such as ordinary power outlets inside garages.

Another key finding of ACEA’s report is that the existinginfrastructure remains highly unevenly distributed throughout the EU. Four countries covering 27% of the region’s total surface area – the Netherlands, Germany, France, and the UK – account for more than 75% of all the electric charging points.

EU has to step up deploying speed

Given all this, ACEA calls on the European Commission to fast-track the EU Alternative Fuels Infrastructure Directive review as part of its COVID recovery plan, including clear and binding deployment targets for all member states.

“With Europe’s higher climate ambitions in mind, there is now an even greater urgency to upgrade the infrastructure requirements for all alternative vehicles,” Huitema concludes. 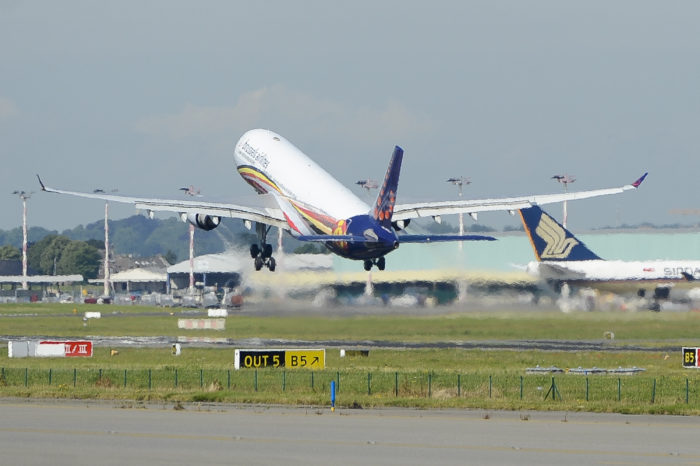 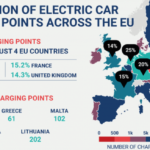