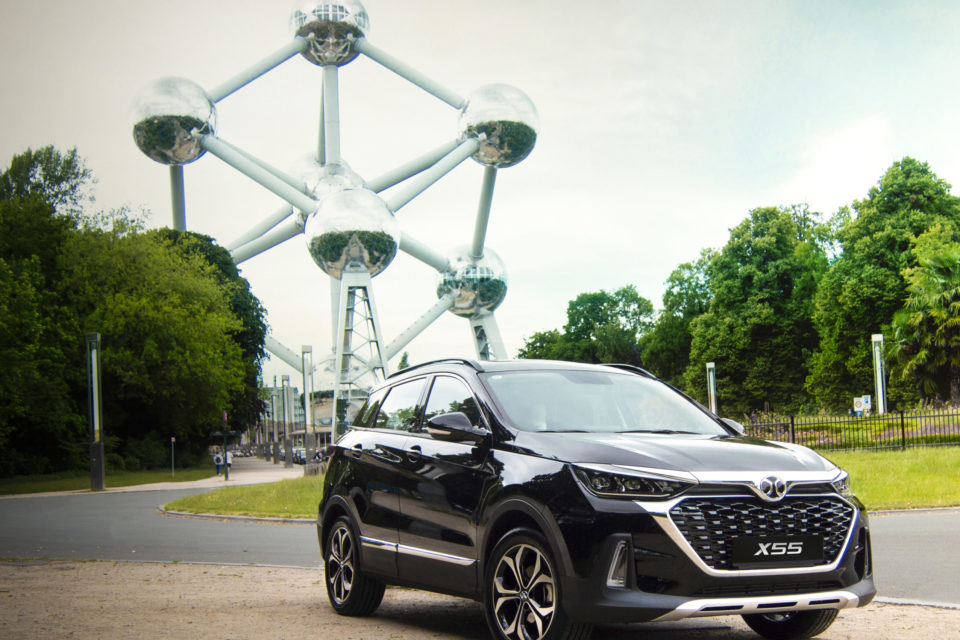 One of the Chinese newcomers on the Belgian market, the BAIC X55, imported by OneAutomotive /OneAutomotive

A few weeks ago, we announced that the Chinese manufacturers were sneaking in on the Belgian market. One of the new importers, OneAutomotive, has communicated about their plans and future model portfolio.

Not only the car manufacturers are suffering lately, but also the distribution sector is under severe pressure. Online purchase is on the rise; there is a consolidation of bigger dealer groups like Van Mossel, Hedin, etc. Small family businesses are pushed toward the exit.

That’s what happened to the Laenen family, being a modest family business car dealer. Father Laenen started in 1975 selling Subaru. In 1993, his son Ignace came into the business, and in 2002 the younger sister Elvira. Both are running the company now.

Garage Laenen was one of the first to start selling Kia, in 1993 still totally unknown in Belgium. Two years later, Seat was added to the portfolio. They lost the Seat dealership already some years ago; lately, the Kia importer decided to push them to the exit.

Ignace and Elvira felt too young to retire, so they started up OneAutomotive and turned to Chinese manufacturers. Their current partners are two of the biggest, BAIC and DFSK.

BAIC (Better And Ingenious Choice, founded in 1958) is one of the oldest Chinese car manufacturers, part of the Beijing Automotive Industry Holding, owned by the local Beijing authorities. In 2019, it sold 1,4 million cars. It has a joint venture with Daimler and builds Mercedes cars in China. BAIC is owned for 10% by Daimler and bought 5% of Daimler last year.

DFSK is much younger and was founded in 2003 as a joint venture between the Chinese manufacturers Dongfeng and Sokon. It is supposed to have already sold four million vehicles in those seventeen years. Partly owner Dongfeng is known for its partnership with the PSA Group and has owned up to 12% of the group. As PSA is not doing very well in China lately, the relations between both are waning.

OneAutomotive is not only going for alternative brands on the Belgian market scene, but it’s also interested in offering financially interesting fuel alternatives. At the moment, they go for an SUV portfolio but are immediately offering their cars with a CNG (compressed natural gas) conversion, soon also an LPG (Liquified Petroleum Gas) transformation.

But this is just an intermediate step, the target being electric mobility. BAIC and DFSK will present four new electric vehicles within six months. OneAutomotive wants to sell them in Belgium as soon as possible.

At the moment, the new importer is trying to set up a small distribution network. They are convinced that a ‘classic’ distribution model still has a future when the local dealer still has a heart for his products and stays very close to his clients.

At the moment, eight dealers are ready to sell these Chinese brands in Belgium. The plan is to have at least 25 at the end of next year. As a result of the ‘freezing’  of the Mitsubishi activities in Europe, quite a few Mitsubishi dealers are interested. But as they have joined forces to pursue Mitsubishi before a court, they stay put temporarily.

To begin with, OneAutomotive will import three SUV models. From BAIC, there is the X55, a compact SUV and financially the most interesting offer. From DFSK, there are two models, the more sporty looking Fengon and the larger Glory, a seven-seater.

The BAIC X55 is a compact SUV. The platform originates from Mercedes-Benz technology (a BAIC partner) and features a 1.5 turbo-gasoline engine from Mitsubishi origin delivering 100 kW/136 hp.

The DFSK Fengon is the ‘sexiest’ one of the three, featuring the youngest and most sporty body style. Technically, it has the same Mitsubishi engine but is always mated to a CVT gearbox from ZF. It will only be available with CNG as fuel and will cost €29 990 all in.

The cars are all fairly lavishly equipped as standard and benefitting from a general five-year warranty to limit the ordering complexity. Life-long road assistance in Europe is also included if the car is maintained inside the official dealer network.

We were able to have a short test drive of the three models, confirming that, in quality and performance, they are a far cry away from the earlier not so successful Chinese attempts on the European market.

The BAIC X55 is interesting because of its space offering and its attractive appearance. The marriage between the engine and the manual gearbox could be better and the interior finish is a little bit lower than usually expected by European customers. Nevertheless, a 5-year overall warranty and interesting pricing can convince a lot of people.

Both the DFSK products show an engine and a CVT-box better working together, while the interior ambiance is more classy and better finished. The Fengon, especially, is easy and agreable to drive. The Glory offers place for 7, but as in all SUVs of this size, the third row is mainly for children.

The conversion to the fuel alternative like LPG is barely noticeable in the inside. The CNG tanks take more place, obliging the luggage compartment to have a higher floor, losing some baggage space.

OneAutomotive hopes to sell 1 000 cars next year. Given that the electrified products are in the pipeleine, this seems to be a feasible target.

In 2021, there will be a smaller BAIC SUV (approximately 4,35 m in length) available, the X35, which will sell at a very interesting €16 790 for the basic version. The price will be one of the major assets of these new brands in the Belgian market.

But the future also starts shortly. In 2021, the BAIC EX5 will be offered, the pure electric version of the X55, featuring a 160 kW electromotor and a 62 kWh battery pack, guaranteeing a plus 400 km range.

In the second half of next year, a new X7 will join in, available as a gasoline car and a PHEV, and a fully electric vehicle. The latter two will come available in Belgium.

The electric cars from DFSK will be sold under the Seres brand name. In a few months, the small Seres 3  (4,38 m in length) will be available, with a 120 kW engine and a 53 kWh battery pack. The estimated price tag will be around €32 000.

In the first half of next year, the Seres 5 will arrive, a 4,7 m-long SUV featuring a 90 kWh battery pack, offering a 480 km range (WLTP). The car will be available with or without a range extender. The car is entirely developed in the US.

DFSK will also be offering a pure electric van shortly, becoming a direct competitor for the (also Chinese) Maxus 3 electric LCV, imported in Belgium by Alcopa. 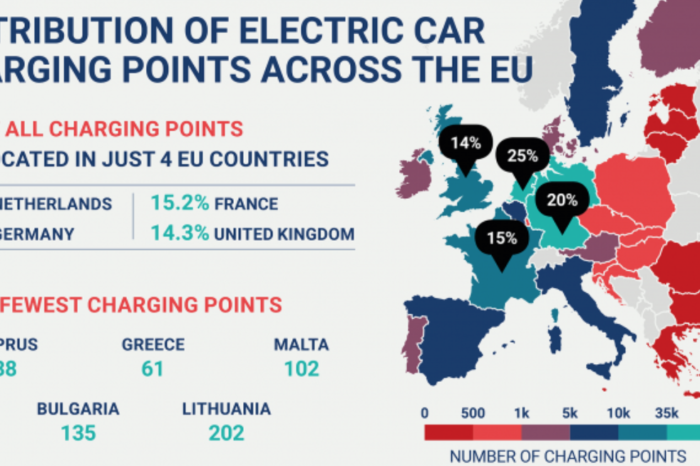 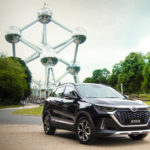