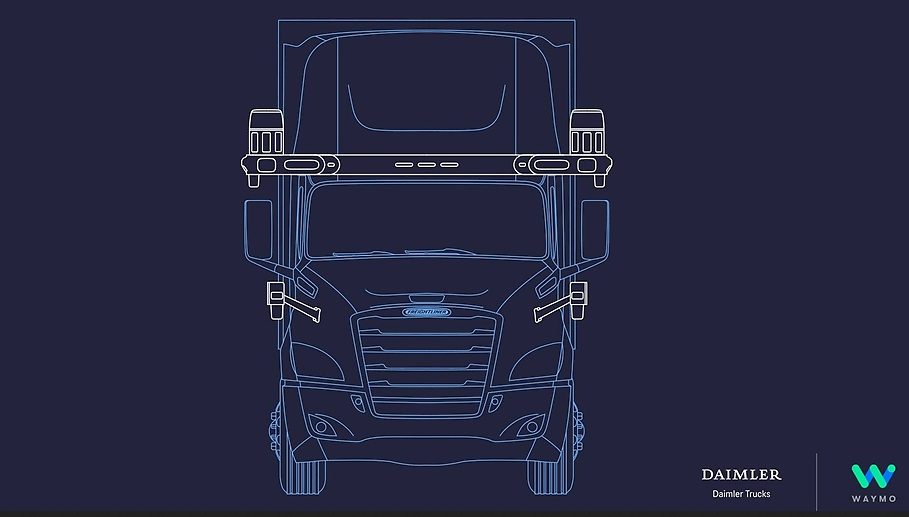 German car and truck builder Daimler is putting Google’s Waymo in the driver(less) seat of its American Freightliner Cascadia truck to send it on the road autonomously. Both companies announced this week a “broad, global strategic partnership” to deploy Level 4 autonomous driving for heavy trucks, meaning no driver is needed under certain conditions.

“The combination of increased road freight volumes and the need and vision of fleet operators for highly automated trucks is what fuels our relentless pursuit of innovation,” Daimler Truck North America’s CEO, Roger Nielsen, says in a press release. Boldly said, the transport sector won’t be profoundly unhappy if it doesn’t have to pay a driver anymore. The highest cost today.

Finding enough truck drivers has become a problem for transport companies worldwide. So if the truck could do it alone, at least part of the journey under relatively sure conditions like long highways with few exits, this could be part of the solution.

Google-Alphabet, daughter Waymo, is considered worldwide being one of the forerunners in self-driving technology, especially when it comes to cars. Just beginning this month, Waymo started in Phoenix to expand its ride-hailing service to the general public without a human driver behind the wheel (Level 4). So far, there was always a driver to intervene when needed.

But Waymo is working on autonomous trucks too. It has bought a small fleet of Peterbilt semi-trucks from PACCAR, also the owner of DAF trucks, and retrofitted them with sensors, lidars, and software for autonomous driving. They are currently tested in Arizona, New Mexico, and Texas.

Daimler is working itself on self-driving trucks for a long time, and showed the press already in 2015 a prototype ‘Freightliner Inspiration’, then called the world’s first self-driving truck performing a ride on the Las Vegas Motor Speedway. With a driver ready to take over, of course.

Again in Vegas, in 2019 at the Consumer Electronics Show (CES), Daimler showed the new Freightliner Cascadia production model capable of Level 2 autonomous driving, meaning the driver is in control and has to keep his eyes on the road, but getting assisted by advanced systems, like lane-keeping, adaptive cruise control, and emergency braking, many premium cars have today.

Under the new agreement, Daimler is developing a customized Cascadia truck chassis “with redundant systems for Waymo”. The latter is integrating and customizing its Waymo Driver for a scalable self-driving solution with hardware and software.

The partnership is global and strategic, but non-exclusive, as Waymo already has existing agreements with other (car)manufacturers like Renault-Nissan, Fiat-Chrysler, and Jaguar Land Rover.

Some 3 to 400 Chrysler Pacific Hybrid minivans are driving around today on a total Waymo fleet of 600, and the first vehicles of a fleet of Jaguar I-Pace electric SUVs are to be deployed one of these days. In 2018, it was announced Waymo would take an option on purchasing 20 000 of them by 2020. But it doesn’t look like it went that fast. 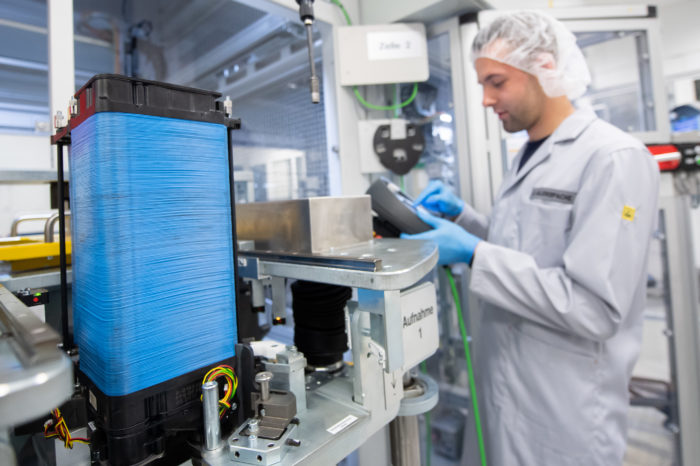 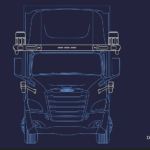