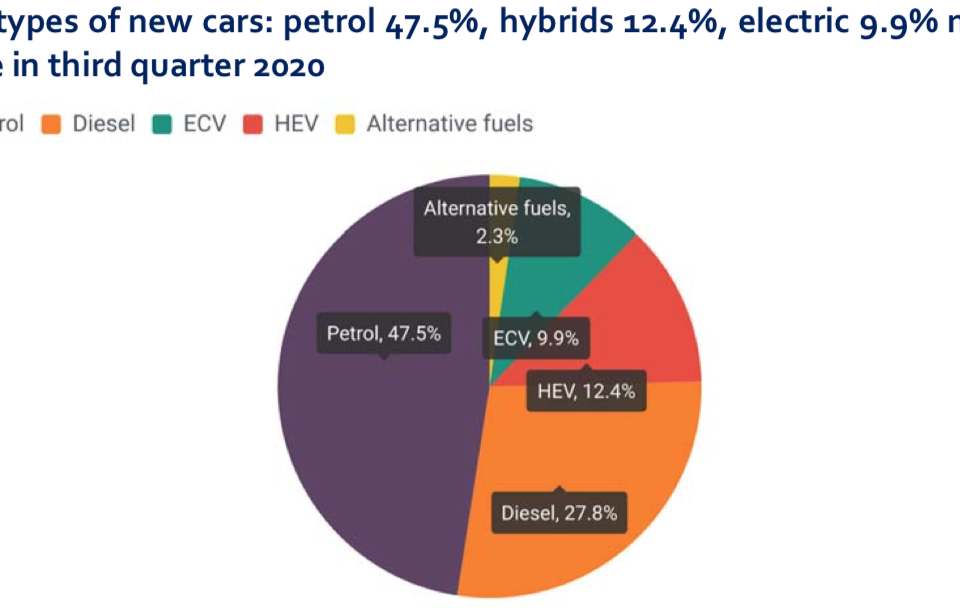 In the third quarter of 2020, almost one in ten passenger cars (9,9%) sold in the EU was a pure electric or a plug-in hybrid vehicle, compared to 3,0% during the same period last year. This is according to the most recent figures published by ACEA, the European car manufacturers association.

During this same period, cars powered by conventional internal combustion engines (ICE) lost further ground, with their overall market share going down from 88,6% in July-September 2019 to 75,4% this year.

ICE still the biggest by far, but regressing

Diesel cars accounted for 27,8% of total passenger car sales in the European Union during Q3, with registrations falling by 13,7% to 766 146 units.

Until now, and since dieselgate and its consequences, we saw a shift from diesel sales to gasoline car sales primarily. Now both are really starting by losing ground on the alternatively-powered vehicles.

In the third quarter, registrations of electrically-chargeable vehicles (ECV, being EVs and PHEVs) more than tripled (+211,6%) to reach 273 809 units and a market share of 9,9%. According to ACEA, this strong growth is heavily influenced by the introduction of incentives by national governments.

Growth in battery electric vehicles (BEV) registrations was also strong across the European Union (+132,3%), totaling 135 461 units over the three-month period. This also means that the share of pure electric vehicles and plug-in hybrids is now practically the same.

Hybrid electric vehicles (HEV) remained the bestselling alternatively-powered vehicle type in the EU, posting an increase of 88,8% in the third quarter of the year. In total, 341 092 hybrid electric cars were sold from July to September 2020, representing 12,4% of the EU car market.

Demand for cars running on alternative fuels – ethanol (E85), liquified petroleum gas (LPG), and natural gas (CNG mostly) – slowed down in the third quarter of 2020 (-6,8%), although at a more moderate pace compared to the previous quarter.

This was mainly due to declining sales of natural gas-fuelled cars (-13,2%), while registrations of LPG vehicles remained almost unchanged (+0,8%).

Among the four major markets, Germany (+159,8%) and France (+144,1%) posted the biggest increases, mainly driven by exceptionally strong sales of plug-in hybrids, followed by Italy (+60,3%) and Spain (+51,6%). This comes as no surprise, as France and Germany’s financial or tax incentives were the most outspoken. 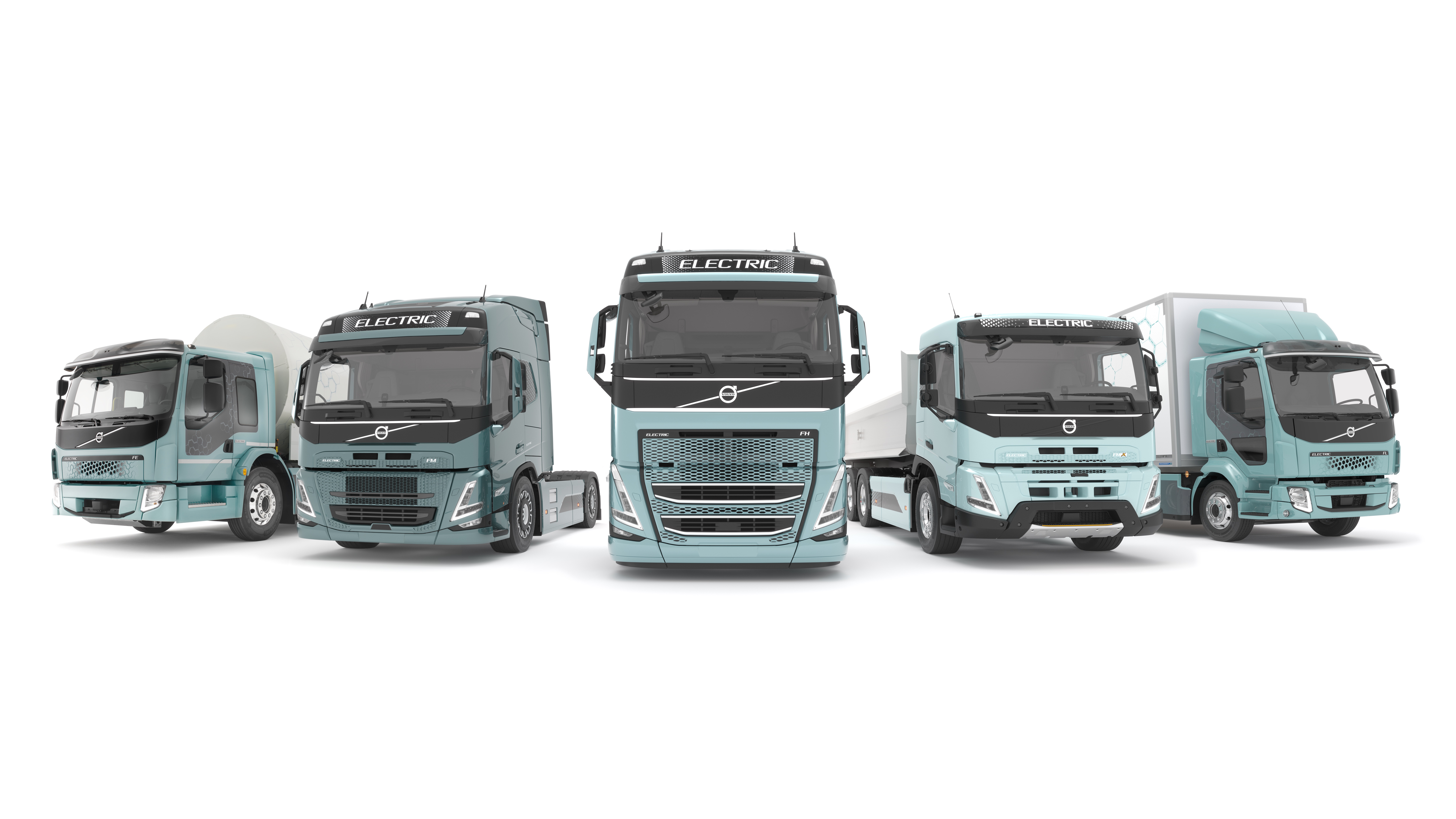 Volvo to launch complete line-up of electric trucks in 2021 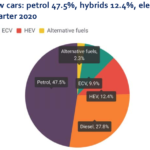