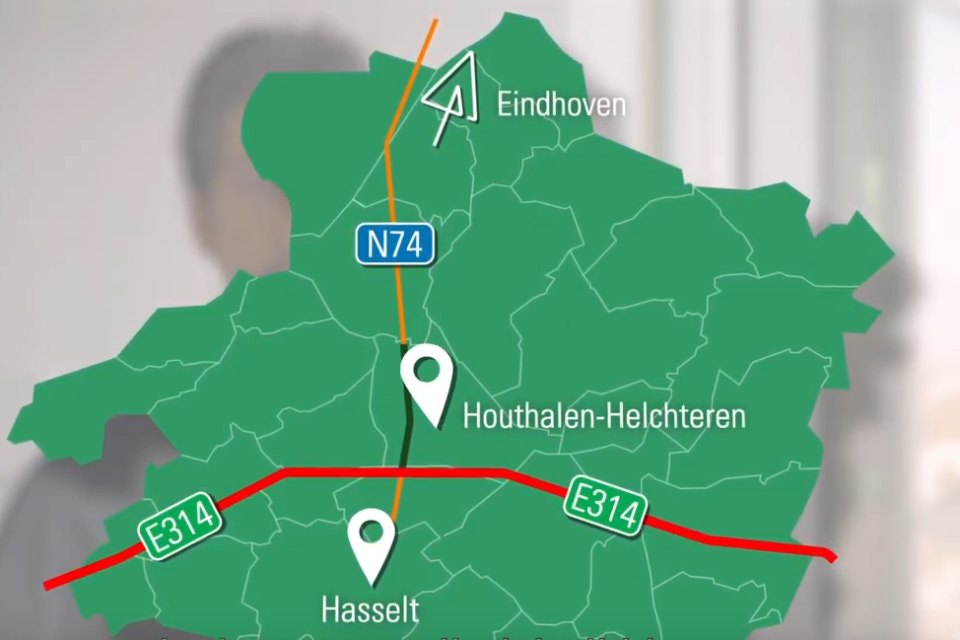 The bicycle bridge is part of the complex project of the North-South connection between Hasselt and Eindhoven. It’s one of the first early improvements to make traffic on the N715 safer and more fluent /De Werkvenootschap

The bicycle bridge over the North-South connection (N74) in Houthalen-Helchteren (Limburg, Belgium) – near holiday park Molenheide – will be ready in 2022. This week, the project group of Flemish administrations, local authorities, public transport company De Lijn, and Limburg’s province have approved the so-called justification note.

The bicycle bridge is part of the complex project of the North-South connection. It’s one of the first early improvements to make traffic on the N715 safer and more fluent. The new bridge will follow the bicycle highway F74 from Hamont-Achel to Sint-Truiden. The latter crosses the Grote Baan (N715) in Helchteren-Noord. Today, cyclists have to cross the N715, which creates dangerous situations.

“The Flemish government wants to put efforts into creating a safe and comfortable bicycle infrastructure,” says Minister for Mobility Lydia Peeters (Open Vld). The bicycle bridge is one of the ‘quick wins’ of the complex North-South connection in expectation of a sustainable solution.

Other advantages are the better accessibility to the industrial zone Centrum-Zuid and better bicycle infrastructure along the N715 in Houthalen-Helchteren. In the meantime, the first design of the bridge is ready.

“The project will be further coordinated with local authorities and the neighborhood in the coming weeks,” explains Marijn Struyf, the project spokesperson. The construction works are expected to start shortly after the summer of next year and will take seven months.

The project will cost 3,9 million euros. Meanwhile, Studio NZL is invited to create some lifelike illustrations to show people how the new situation will look like. The bridge will get a sober and sleek design and will be fully integrated into the landscape. It has to become a meeting place for cyclists and pedestrians, a place where people can take a rest, have a picnic, or wait for the bus.

The Mayor of Houthalen-Helchteren, Alain Yzermans (sp.a – Groen – Plus), is happy with the government’s investments. “Tackling this dangerous traffic situation is a tremendous improvement for all users of the N715.” 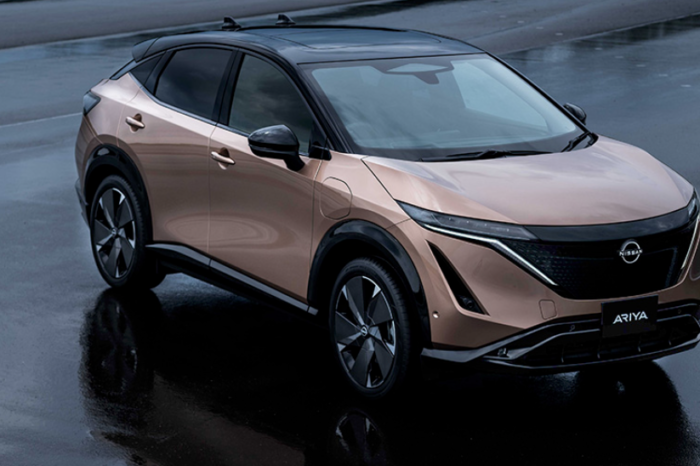 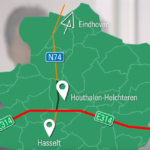