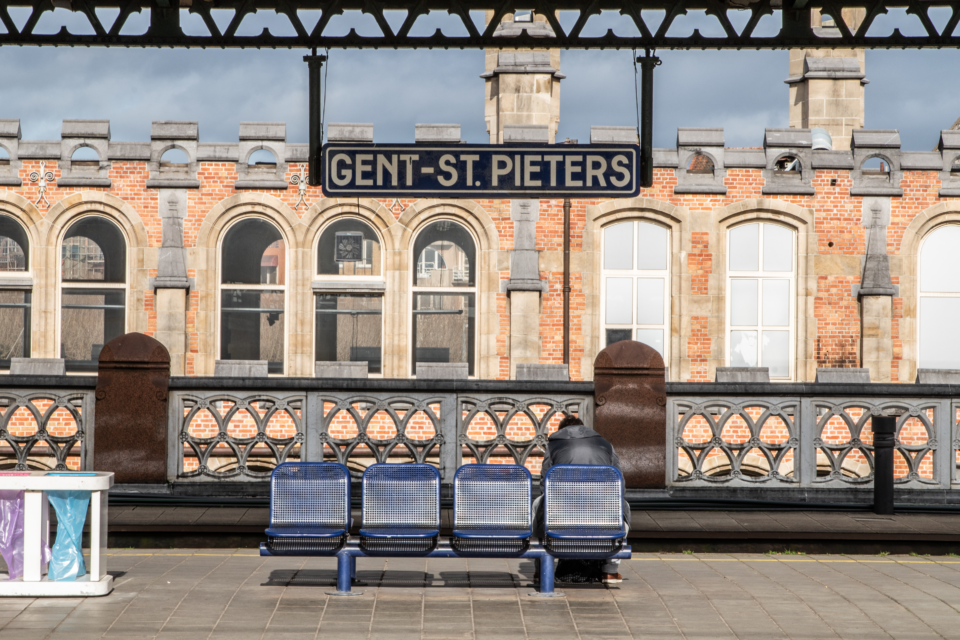 An unrealistic planning and little substantiated: that is the conclusion of the Court of Audit about the ongoing renovations in St. Pieter’s station in Ghent / Belga

At almost 80 million euros, the cost price of renovating the Ghent Sint-Pieters station is already more than 36,2% higher than the 58,14 million euros planned in 2010. This is apparent from a critical report by the Belgian Court of Audit.

The renovation works will at least continue until the end of 2027, but possibly even longer. Moreover, realistic planning was never a priority when working on the renovation, concludes the audit in a scathing judgment.

In 2004, the Belgian Railway NMBS/SNCB, Flemish public transport company De Lijn, the city of Ghent, and the Flemish government agreed to the renovation and expansion of Ghent railway station. Originally 2014 was set as the end date.

Today, only half of the tracks have been renewed, and the total cost of the renovation of the station, where 50 000 passengers pass through every weekday, has risen in ten years time from 350 to 595 million euros. The indignation about this is so great that last year parliament called in the Court of Audit for an investigation.

According to this audit, the renovation can be divided into two phases. In the first phase of the renovation (tracks 12 to 8), the additional costs and delays resulting from a re-phasing of the works, such as a widening of the platforms to ensure passenger safety and punctuality of trains during the renovation.

This phase was delivered more than 15 months late, and the total cost ultimately exceeded the awarded amount by 36,2% at the beginning of 2020.

A third procedure would be published in mid-September 2020 based on a simplified draft. This means a delay of more than four years for the contract award for this second phase.

According to the Court of Audit, realistic planning was not a priority in the studies that preceded the launch of the master plan in 2004. The Court of Audit also notes that the Federal Public Service for Mobility and Transport informed the Minister in time and sufficient detail of the delay in the tendering procedure for the second phase of the station’s renovation.

On the other hand, the FPS did not press NMBS/SNCB for a more thorough analysis of the high bid prices at the root of this delay. The Minister’s policy department did not request any additional information on the reported problems.

Ghent municipal councilor Veli Yüksel, who insisted on the Parliamentary Committee report, believes that the project has not been properly followed up by former minister François Bellot (MR) and calls for a better follow-up by his successor, Georges Gilkinet (Ecolo).

“We have always said that this project was not adequately prepared and followed up by the client,” says Yüksel to the Belga press agency, which is now confirmed by the Court of Audit. “And we are now at the end of 2020, and there is no concrete progress in the works.”

An environmental permit is indeed still being awaited, and a contractor has yet to be found. “The second phase has, therefore, still not been authorized. I am curious to see whether the works will really be completed by the end of 2027.”

The NMBS/SNCB states that the second phase’s start is planned after the summer of 2021. But the railway company is also convinced that it “has always acted with due care, in the interests of the passenger.”

With the arrival in 2016 of Managing Director Sophie Dutordoir and Station Director Patrice Couchard in 2017, new station projects’ management was also scrutinized. Emphasis was placed on functional stations where the customer is central and where standardisation and intermodality – allowing passengers to change from one mode of transport to another – take precedence.

In this way, the Ghent Sint-Pieters project’s original design has been reviewed, says the NMBS/SNCB. “The station will now have a fully-fledged large roof and a substantial increase in the number of underground bicycle parking spaces.” 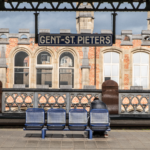