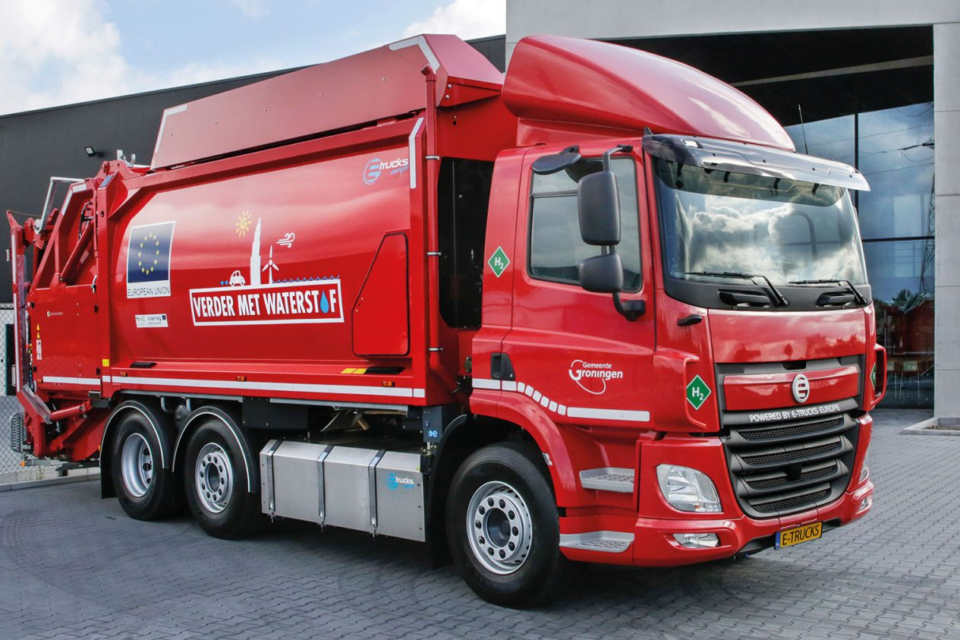 Groningen in the Netherlands was one of the first to deploy an electric refuse truck, prepared for hydrogen too, from E-Trucks Europe. Antwerp is soon to follow in the European Revive-project /E-Trucks

The city of Antwerp is going to deploy two ‘zero-emission’ garbage trucks on hydrogen as part of the European REVIVE project. Revive stands for ‘Refuse Vehicle Innovation and Validation in Europe’, a four-year project that started in 2018 to test 15 fuel cell refuse trucks in several cities in Europe and promote hydrogen as an alternative fuel.

The trucks will be delivered by Dutch-Belgian E-Trucks Europe, which has factories in Lommel (Belgium) and Westerhoven (Netherlands). It is a specialist in converting trucks with combustion engines into battery-electric vehicles with fuel cell extender. Apart from being zero-emission vehicles, such refuse trucks have the additional benefit of operating silently, which opens perspectives for nightly use.

These benefits are exactly what the Antwerp alderman for City and District Maintenance, Fons Duchateau (N-VA), had in mind.  “These garbage trucks are better for the environment and produce less noise nuisance,” he says in the press release. Today, garbage trucks are among the most polluting of the city’s truck fleet, consuming up to 65 liters of diesel per 100 km each.

Having hydrogen readily available shouldn’t be too much of a problem. Currently, CMB-TECH, a branch of the Company Maritime Belge (CMB) shipping company, builds a public hydrogen filling station at the Port House near the Antwerp harbor.

It will be the first to deliver hydrogen both for ships and road traffic vehicles and be operational by March 2021. CMB itself has a ferry running on hydrogen in the harbor since 2017 to transport its own personnel.

For E-Trucks Europe, it won’t be the first hydrogen garbage truck they are going to deliver. In Amsterdam, Breda, and Groningen, there are already trucks driving, also part of the Revive-project.

Seven areas were picked for the EU project, with Antwerp in Belgium, Amsterdam, Breda, Groningen, Helmond, and Roosendaal in the Netherlands and South Tyrol in Italy. Some are operating 100% electric on batteries, for the time being, but are prepared with fuel cells when hydrogen becomes readily available at the sites.

E-Trucks Europe strips the ICE-trucks combustion engines to replace them with an electric motor, a battery pack, and the fuel cell and hydrogen tanks, storing the hydrogen at 350 bar. The only emission is water vapor. The advantage of hydrogen vehicles is a longer range and the possibility to fill up the tank in minutes if a hydrogen filling station is available.

Revive’s overall objective “is to be the largest demonstration of fuel cell range extender trucks to date; one of the very few options for the decarbonization of heavy-duty vehicles. For urban trucks, there is an increasing need for zero-emission solutions to comply with upcoming access restrictions imposed by cities as part of pollution reduction strategies.”

The project, which gathers data on the different trucks all along, demonstrates that fuel cell refuse trucks’ commercialization is economically viable. Others believe battery-electric refuse trucks are an option, too, despite the heavy batteries and charging times.

One of America’s biggest waste collection companies, Republic Services, is one of them, ordering 2 500 battery-electric garbage trucks with American electric truck start-up Nikola with an option to double that even to 5 000.

Apparently, they expect on-road tests with the ‘Nikola Refuse’, as the truck would be called to start early 2022, with deliveries from 2023 on. It will be based on Nikola’s Tre truck, developed for Europe, which is based on Iveco’s new S-WAY platform and produced in Ulm.

For the Republic Services’ truck, the goal is to equip the Tre with a 720 kWh battery for an estimated range of 150 miles (241 km). But electricity is also needed to operate the front and side loaders for the garbage bins. It is to be capable of carrying the content of 1 200 waste bins. 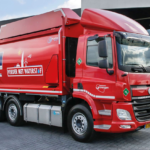