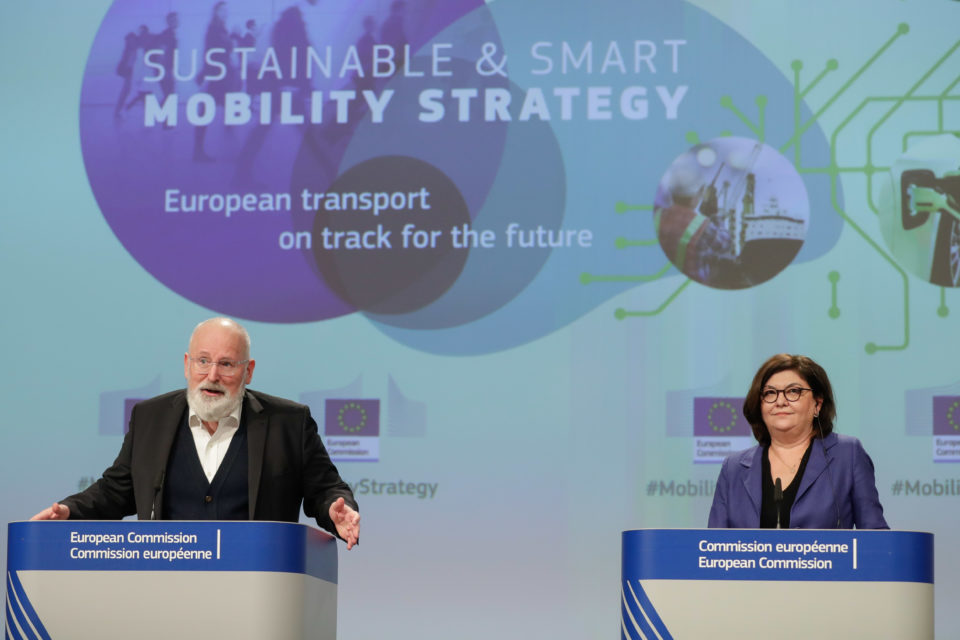 The European Commission has presented its plan for a ‘smart, green, and affordable transport’ of the future on Wednesday. The ‘‘Sustainable and Smart Mobility Strategy’ is an 82-points plan focusing on ten key areas called ‘flagships’ with targets set for 2030, 2035, and 2050.

It confirms the 30 million zero-emission vehicles by 2030, three million charging points, and up to 1 000 hydrogen refueling stations mentioned in a leaked document. “Unfortunately, this vision is far removed from today’s reality,” EU car federation ACEA reacts. These 30 million ‘green’ cars would require an almost 50-fold increase in just ten years.

“All transport modes need to become more sustainable, with green alternatives widely available and the right incentives put in place to drive the transition,” the Commission states in the plan that was presented by Frans Timmermans, Executive Vice-President for the European Green Deal and Commissioner for Transport Adina Vălean.

Details of the new standards for road transport will be defined this summer for cars and vans. Heavy truck standards will follow in 2022. The first steps onto 2030 include the 30 million zero-emission cars, 100 European cities to be ‘climate neutral’, doubling high-speed trains, non-individual ‘journeys under 500 km to be emission-free’, market-ready zero-emission ships, and ‘automated mobility’ on a large scale.

One explicit target for 2035: the zero-emission passenger plane being market-ready, as envisioned by Airbus with its three concepts for hydrogen propelled aircraft up to 200 passengers, presented in September. Airbus says it’s not too difficult to adapt the jet engines for burning hydrogen instead of kerosene. It’s a technique that has been used for years in rocket engines and satellites.

Ultimately, in 2050, the year that Europe wants to be ‘climate neutral’ as a whole, “nearly all cars, vans, buses as well as new heavy-duty vehicles will be zero-emission.” Freight transport by train should have doubled. And high-speed passenger ground transport throughout the member states, bundled in the Trans-European Transport Network (TEN-T), should be fully operational.

TEN-T is to become a Europe-wide network of railway lines, roads, inland waterways, maritime shipping routes, ports, airports, and railroad terminals. The core of it, connecting all major European cities with fast public transport, should be ready by 2030 already.

“As the backbone that connects European citizens and business, transport matters to us all,” said Commissioner for Transport Adina Vălean. “We have no time to lose in getting it fit for the future.”

Sir Richard Branson, the founder of the Virgin Group and major shareholder of Virgin Hyperloop, sees in that statement an encouragement to push through the ‘hyperloop technology’ for transporting people and goods through vacuum pipes at speeds up to 1 223 km/hour in pods for 28 passengers.

“I applaud the European Commission for its bold and ambitious climate strategy,” Branson says. “I believe Virgin Hyperloop can play a strong role in helping to achieve Europe’s sustainability goals by offering a system that has zero direct emissions and will transform the way people travel across the continent.”

With ‘digital solutions’, the EU aims, among others, at elaborate MaaS (Mobility-as-a-Service) systems to enable people to buy tickets for multimodal journeys and seamlessly switch between transport modes. The latter is a requirement for freight transport too.

And when the EU thinks about innovation, it sees an important role in further developing Artificial Intelligence (AI) and ‘automated transport.’ That includes autonomous cars, trains, buses, and trucks, but also “fully supporting the deployment of drones and unmanned aircraft.”

It’s quite an ambitious view on the future of mobility in Europe, the Commission is proposing. And that provokes a lot of skeptical reactions, as expected. Like these of the European carmakers, articulated by ACEA Director-General, Eric-Mark Huitema talking of “being far from today’s reality”.

“Research by ACEA shows that of the 243 million passenger cars on EU roads last year, less than 615 000 cars were zero-emission vehicles (battery-electric cars and fuel-cell electric ones combined). That is roughly 0,25% of the whole car fleet.”

“To meet the Commission’s objective, we would need to see an almost 50-fold increase in zero-emission cars in circulation on our roads in just ten years.” On the other hand, ACEA says that boosting the adoption of zero-emission cars is “an objective fully shared by the EU auto industry, which dedicates much of its yearly €60,9 billion R&D budget to decarbonization.”

“Despite industry investments in such vehicles and their growing market share, not all the right conditions are in place to make such a massive leap,” Huitema writes. “An essential condition for zero-emission mobility is the widespread availability of charging and refueling infrastructure, both for passenger cars and heavy-duty vehicles.”

That’s also part of the plan of the Commission envisioning three million electric charging points and 1 000 hydrogen refueling stations by 2030. The question is – as always –  who’s going to pay for all of this? ACEA calls upon EU legislators “to push national governments to invest in charging and refueling infrastructure”.

And it warns about the costs for the general public. ACEA points out “that the average European car is almost 11 years old today. Indeed, as a result of decarbonization, new cars will become more expensive for many Europeans at a time when they have less money to spend because of the economic impact of Covid-19.” 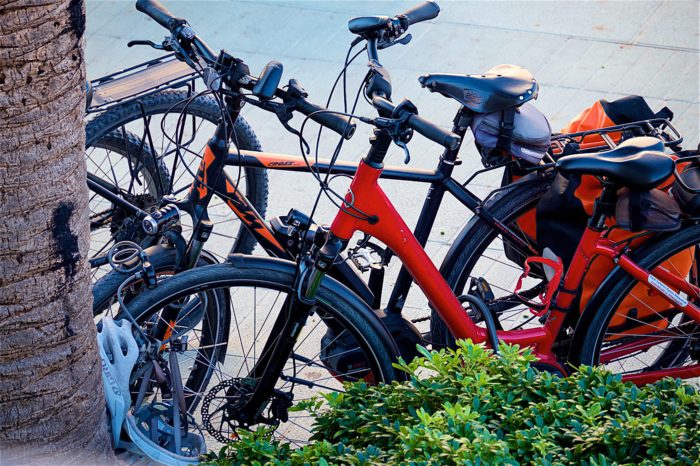 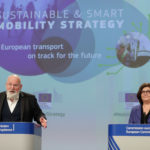