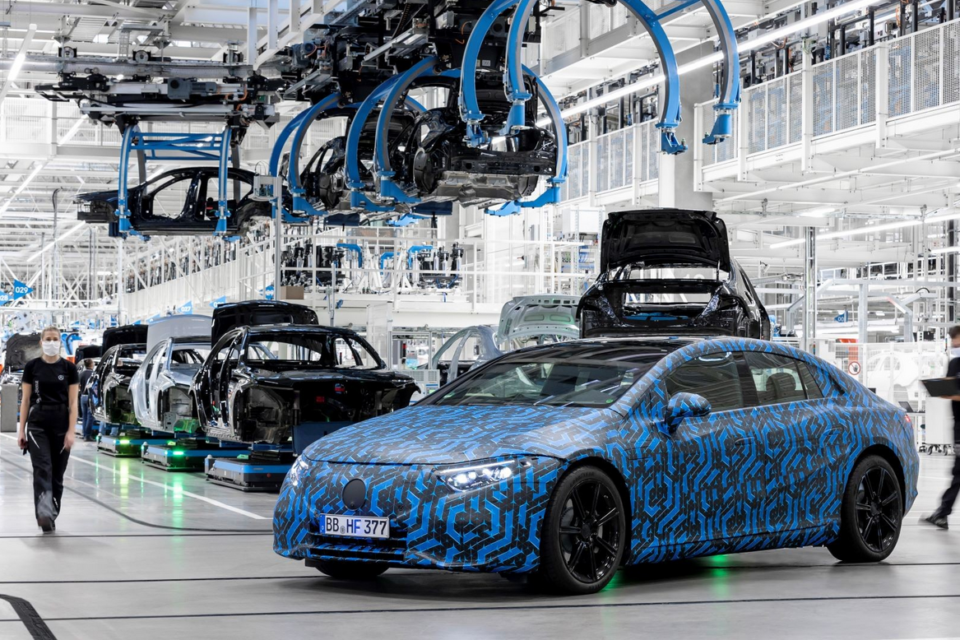 In Sindelfingen, near Stuttgart, factory 56 is preparing for the production of the all new EQS electric limousine from Mercedes /Mercedes-Benz

The German car manufacturer, Mercedes-Benz, has given details about the introduction of six new EQ models (battery electric vehicles) between now and 2022. The manufacturer wants to play a leading role in electric powertrains and vehicle software.

The systematic electrification of its model portfolio is an important part of the new strategic plan Ambition39. At the end of 2022, Mercedes counts to have eight fully electric EQ models. The company’s worldwide production network is ready to be adapted accordingly.

Markus Schäfer, Mercedes’ COO: “With its ‘Electric First’ strategy, Mercedes-Benz is consequently following the path to CO2 neutrality. We invest heavily in this transformation, we will electrify very quickly (models and manufacturing sites) and will be focusing especially on the battery technology.”

In the first half of next year, the first to start production with is the big limousine EQS. It will be built in the Sindelfingen plant (Factory 56) near Stuttgart, on the same line as the new S-Class and its super-luxury variant Mercedes-Maybach S-Class.

Meanwhile, the already existing EQC model is being produced in the German Mercedes factory in Bremen and (a few months later) in China, at Beijing Benz Automotive Co. Ltd (BBAC), a joint venture. At the beginning of this year, with a few hick-ups due to the pandemic, the production of the EQV, the people-carrying MPV-version of the electric van, was started in Vitoria (Northern Spain).

In the compact segment, Mercedes-Benz will launch two completely new, compact SUVs, the EQA and the EQB. The first will have its world première next month, and its production has already started in the German factory of Rastatt. It is to be built on the same line as the plug-in hybrid models of the A-Class line-up. The EQA will also be built at BBAC in China.

The EQB will be built in Hungary (Kecskemet) and also at BBAC in China. It will be the first totally electric car to be assembled in Hungary and built on the same line as the plug-in hybrid versions of the CLA Coupé and the CLA Shooting Brake. Other PHEV-variants of the A-Class line-up will also be produced in Kecskemet.

In the second half of 2021, the factory in Bremen will produce the bigger electric sedan EQE, ranking in the E-Class portfolio. This car will also be produced at BBAC in Beijing, resulting in four different electric Mercedes models assembled there for the local market.

The American Mercedes factory in Tuscaloosa is the home base of the bigger SUV models (GLE and GLS). In 2022, the assembly line will be adapted to the electric versions of those models, the EQE SUV and the EQS SUV.

2022 is where eight different electric Mercedes models will be built on seven locations on three different continents. This is made possible by the flexibility of the assembly lines, made possible by Mercedes’ Industry 4.0 solutions.

Mercedes’ little sister, now in a joint venture with Chinese car manufacturer Geely will soon be offering three models, all electric. The current Fortwo will be continued in the Hambach factory in northern France (recently sold to Ineos). The Forfour, technically the same car as the recent Renault Twingo Electric, is still built in Novo Mesto (Slovenia). The future small Smart, coming in 2022, will be produced in China at the joint venture smart Automobile co. Ltd.

Of course, batteries are a key factor in the production of electric cars at Mercedes-Benz. That’s why the mother-holding Daimler is developing a worldwide production network with factories on three continents.

There will be several production locations for batteries in Germany and assembly plants in China, Thailand, and the United States. These plants deliver batteries for electric cars and the entire panoply of PHEV versions of existing ICE models. 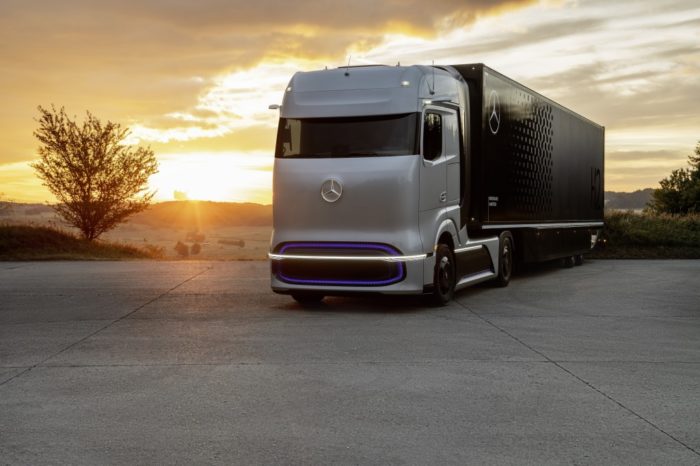 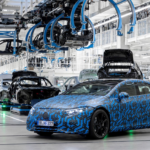