‘Apple prepping for its own electric car launch in 2024’

American computer and smartphone giant Apple certainly has the resources to develop its own car, but that’s still something different from manufacturing it /AFP

According to the Reuters news agency, leaning on ‘people familiar with the matter’, electronics giant Apple is prepping for the release in 2024 of its own electric car, with self-developed next-stage battery technology. As always, Apple declines to give any comments on future products.

Another person told Reuters Apple is working on its own compact battery technology. The so-called ‘mono cell’ design is said to free up space in the battery pack, making it possible to build smaller packs with more capacity and thus more range. The source told Reuters it could be the ‘next big thing’, something as unexpected from Apple as the first iPhone.

Apple’s car plans have been ‘obscured by clouds’ ever since news broke in 2014 that the smartphone maker wanted to venture into developing an autonomous car, the so-called Titan Project. It looked like Apple abandoned the plan at one point to focus on software only, but in 2018, it hired back veteran Doug Field to become Vice-President of the ‘Special Projects Group’.

Doug Field was Apple’s VP for its Mac computers’ engineering when he left the company for Tesla, where he stayed five years until 2018 as Senior Vice-President Engineering. Field took over the Titan Project and started by firing 190 people of the team in restructuring it.

In 2017, authorization was given to test vehicles in the streets of California. Since then, Apple was running a fleet of around fifty cars – mostly Lexus RX450h hybrid cars – for testing autonomous driving software. But when Doug Field took over the project, the engineers were allegedly reassigned to other projects.

Built by a third party manufacturer?

It’s not clear from the people who claim to have insight into Apple’s plan whether the computer and smartphone manufacturer would build an Apple-branded car itself or ask an established carmaker to do that for them. Or sell the technologies to existing carmakers.

There were rumors that Apple talked with Magna International that has its own platform for electric cars. The latter just announced it would build an electric car for another Californian company, Fisker, to produce the Fisker Ocean electric SUV in its European plant.

But according to Car and Driver, Apple’s Taiwan-based partner in iPhone building Foxconn could be another candidate. The latter announced it’s developing itself an EV platform called MIH, with solid-state batteries that can accommodate different carmakers’ needs and specs. The first car based on the platform could be launched in two years, the solid-state batteries in 2024. 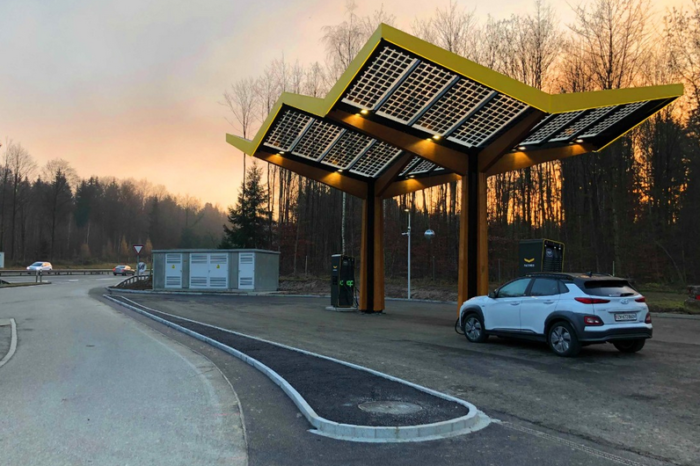 ‘Apple prepping for its own electric car launch in 2024’