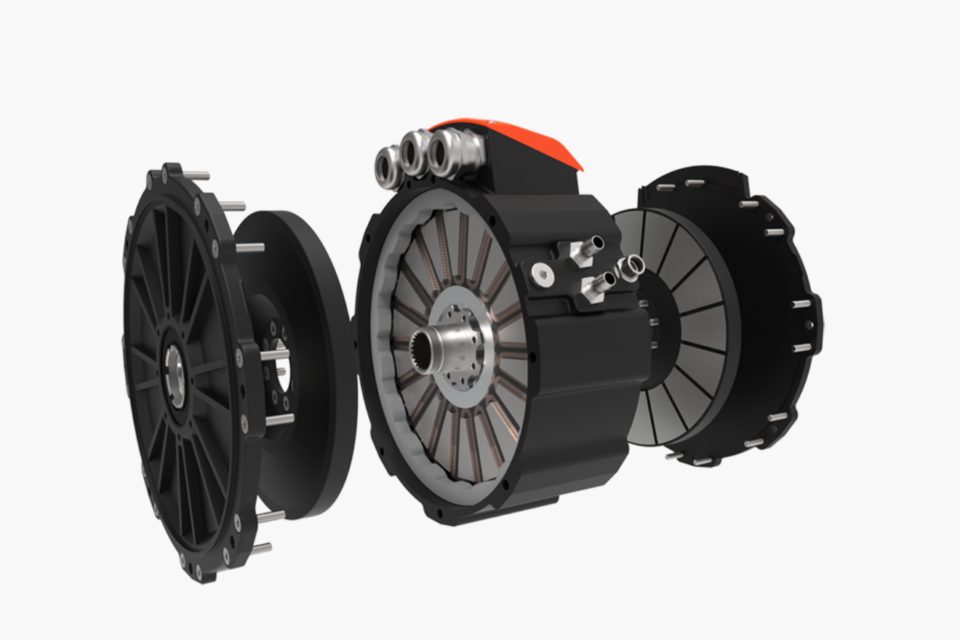 Five-year-old start-up Magnax wants to revolutionize the world of electromobility with a motor that is more compact, lighter, and more powerful than current competitors. In two years, the small company (30 employees) based in Kortrijk (South-West of Flanders) will try to go into production.

Magnax is a contraction for magnetic axial and describes a type of electric motor (axial flux) where the magnetic flux is parallel to the motor axle. In contrast, a radial motor has a flux perpendicular to the axis. The concept has already been invented in the 19th century by Michael Faraday but has been forgotten for a period of more than 100 years.

“Six years of research and technology development on high-efficiency axial flux technology and three years of prototyping in collaboration with customers has resulted in motor technology that delivers three to five times more power density compared with traditional EV motors,” the company claims.

The highlights of the motors, which can deliver peak power densities of 15 kW/kg or more, are as followed: a patented cooling system (by oil), dual permanent magnet rotors, a yokeless stator, rectangular-section copper wire, concentrated windings, grain-oriented electrical steel, and patented methods for large series production.

Traditional permanent magnet motors suffer from iron losses due to a large amount of iron in the motors. Compared to them, Magnax yokeless axial flux motors come with 85% fewer iron cores losses and significantly lower iron mass (absence of a yoke, etc.).

The result is that Magnax yokeless axial flux motors can deliver up to 24% more vehicle range thanks to higher efficiency over a broad rotations-per-minute (rpm) range, lower no-load losses, lower weight, and increased space for the battery.

The figures speak for themselves: whereas the original engine has a diameter of 300 mm, a weight of 46 kg, and peak power and torque of 125 kW and 250 Nm, the Magnax was 10 mm smaller, practically half of the weight (25 kg) and delivers a peak power of 400 kW with a peak torque of 510 Nm. This results in a peak power density of 2,7 kW/kg against more than 16 kW/kg for the Magnax motor.

To produce the motors in the future, Magnax is collaborating with the German company Hirschvogel Automotive, which has also invested in Magnax, among others. The collaboration doesn’t exclude that other partners will be sought for other applications. Such compact and powerful electric engines could be perfectly suitable for transport drones, for example.

In the newspaper De Tijd, co-founder Daan Moreels hopes to start with the production of 25 000 motors per year in 2023. “Our technology is revolutionary,” he states. “The power density is much higher, we use fewer materials, and we are much more efficient. This is the right moment to start the next generation of EVs.” 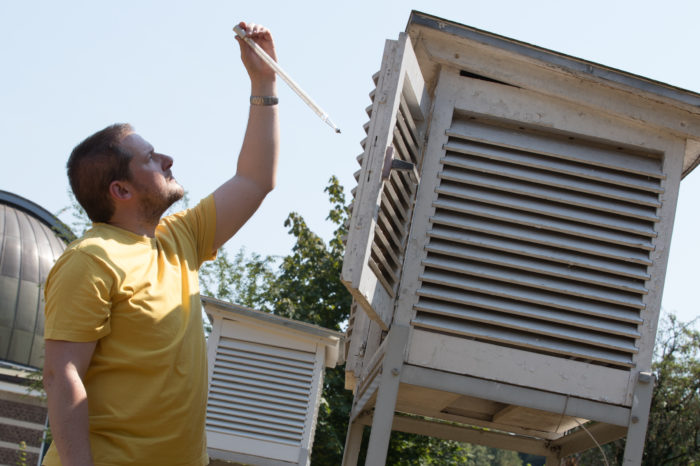 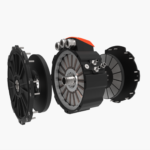