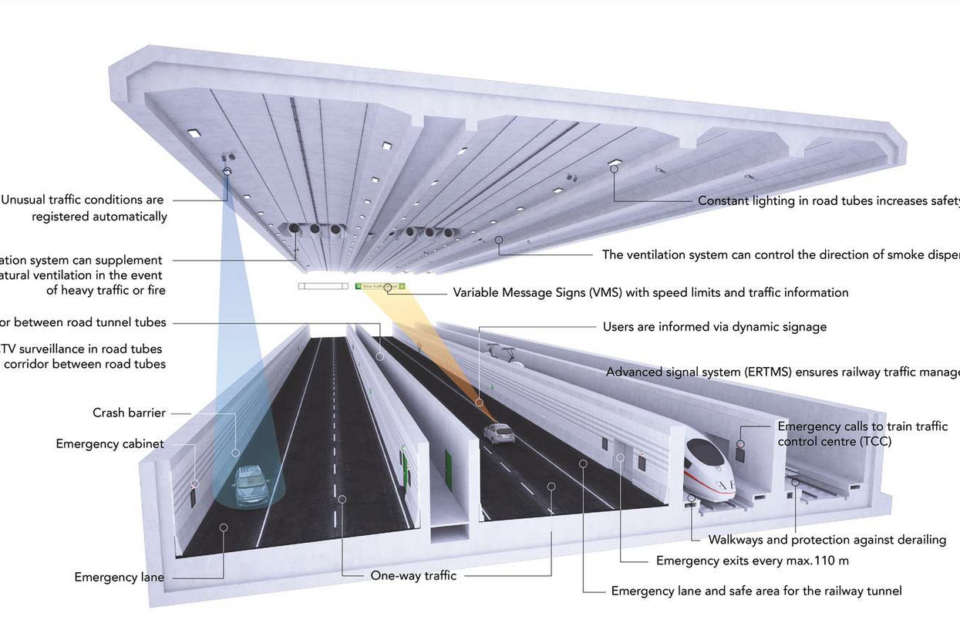 The submerged tunnel between the islands of Lolland (Denmark) and Fehmarn (Germany) in the Baltic Sea will be the world’s longest underwater road tunnel with 17,6 km of four-lane highway and two rail tracks /Femern.com

On January 1st, 2021, works will finally start officially on the world’s longest and widest submerged road and train tunnel under the Baltic sea, connecting Denmark with Germany. French construction giant Vinci, leading the international consortium with Belgian DEME, among others, will start building the factory to construct the tunnel’s concrete elements, each 200 meters long.

Beginning of November, after more than two years of legal procedures, the German Federal Administrative Court finally has rejected all complaints concerning the planned tunnel. These complaints were put forward by environmental organizations and ferry companies that service the 18 km crossing today.

It took several years to get the Danish project ‘on the rails’. Getting the necessary permits was a long time coming, especially due to environmental protests on the German site. But finally, the die is cast, and the green light is given to start the €3,4 billion project in January 2021. A job that will take 8,5 years to complete.

The tender was won by Fernemn Link Contractors, a joint venture with the French main contractor Vinci, Danish Per Aersleff, and several other companies, among which Belgian civil engineering group CFE with dredger DEME.

The international building consortium is to build a submerged tunnel between the islands of Lolland and Fehmarn (Germany) in the Baltic Sea. It will be the world’s longest underwater road tunnel with 17,6 km of four-lane highway (with breakdown lane) and two rail tracks. 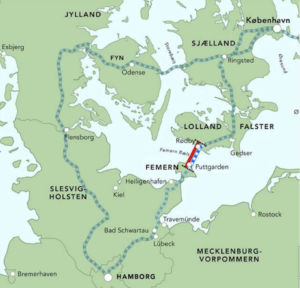 Motorists will be able to make the crossing in ten minutes and train passengers in seven minutes. Today, the only options are an hour-long ferry ride or a 160-kilometer detour through Jutland’s region in Denmark. Sweden was pressing Denmark and a rather reluctant Germany to proceed with the project, as it would benefit the Swedish too.

There are longer submerged tunnels in the world, starting with the Channel Tunnel (37,9 kilometers submerged) or Japan’s Seikan Tunnel (53,85 km but only 23,3 km underwater), and China is planning a 122 km long tunnel between Dalian with Yantai (100 km submerged). But these are all train tunnels only.

The tunnel will consist of 89 concrete elements of 200 meters long, 40 meters wide, and with a height of 15 meters at its peak. The elements are weighing 73 000 tons. These will be built by DEME onshore in a special factory at the Danish side, east of Rødbyhavn.

When assembled, the concrete elements will be sealed for floating and towed to their final location by tug boats. There, they will be sunk in the trench on the seabed. This trench will be up to 60 m wide, 16 m deep, and 18 kilometers long.

In total, some 19 million cubic meters of stone and sand will be excavated from the seabed. That, too, is right up DEME’s alley. The excavated material will create three square km of new natural areas, mainly on the island of Lolland. This project is a contract of €700 million for the Belgian dredger.

The first phase, the construction of the concrete element factory in Lolland, will take up to 24 months. Working harbors will be built on both Fehmarn and Lolland. These will be used to ship the large quantities of building materials to be used for the construction. The working harbor in Rødbyhavn on Lolland will be the biggest of the two by far.

When finished, hopefully by 2029, cars will be allowed to drive up to 110 km per hour in the tunnel, making the trip as short as ten minutes instead of a ferry trip that today takes at least 45 minutes. Trains will be able to go as fast as 160 km/hour (Germany) to 200 km/hour (Danish side), linking the Danish and German islands in seven minutes. 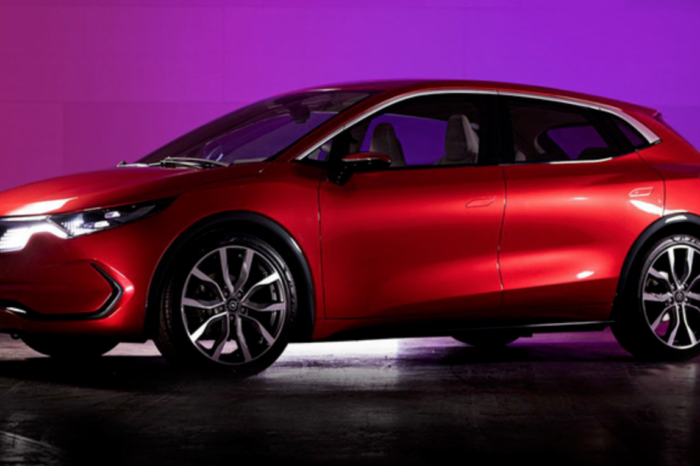 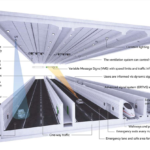