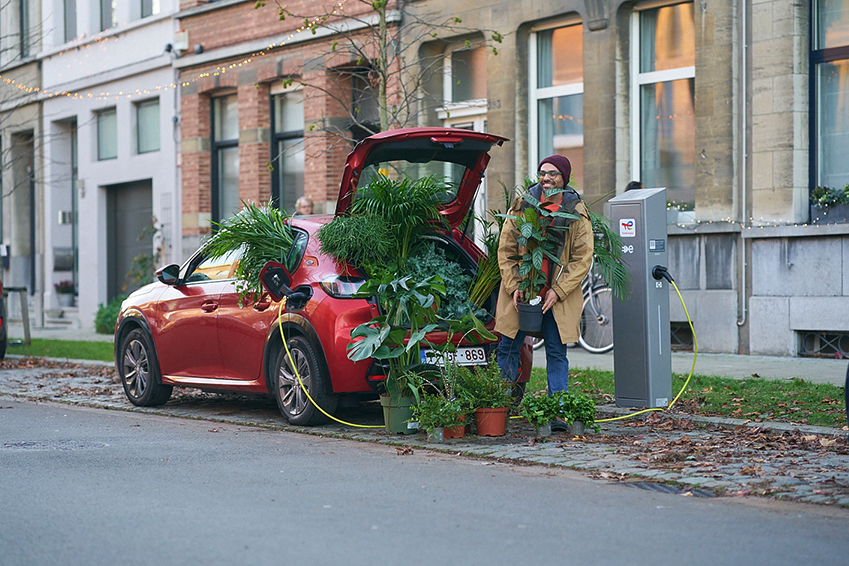 The roll-out of 10 000 extra charging points in the public domain in Flanders – on demand for those who don’t have the means to charge an EV at home – will be realized in the next two years by French energy giants Engie and TotalEnergies. They won the public tender, which divides Flanders into five zones.

Engie reels in the province of Limburg, the zone Antwerp, Mechelen and Kempen, and the zone Ghent, Vlaamse Ardennen, Waasland, and Aalst. TotalEnergies gets Leuven + Vlaamse Rand, and the zone Ostend, Westhoek, Brugge, Midwest, and Kortrijk. The news was broken by Het Belang van Limburg, but Minister Peeters won’t confirm until contracts are signed within ten days.

Engie and TotalEnergies are the so-called Charge Point Operators (CPO) who get the mission to roll out the next two years 10 000 extra 7,5 kW to 22 kW charging points in the public domain and manage and maintain them for 12 years at least.

When talking about charging station figures, it’s not always clear what is counted precisely. Therefore, the Flemish government likes to use the terminology of so-called CPEs, Charging Points Equivalents.

One CPE is a charger with limited power (3-11 kW), like most AC chargers in (semi-)public places. A charge point with a higher capacity (22 kW) is rated at 2 CPE, capable of charging two EVs simultaneously, and an AC fast charge point (43 kW) at 4 CPE.

DC fast-chargers of 50 kW to less than 150 kW are 5 CPE, and an ultra-fast charging point of 150 kW and more counts for 10 CPE. In this case, most locations will accommodate two, four, six, or up to eight EVs to charge simultaneously as they are rated between 20 to 80 CPE.

Flanders wants to have 35 000 CPEs in the (semi)public domain by 2025. Today, the counter is at 10 000, with some 5 000 realized in the period 2016-2020 by grid manager Fluvius on request of the Flemish government, who wanted to have at least one public charging station in each municipality.

This latest tender includes only publicly accessible AC chargers up to 22 kW, not the ones on private domains like parking garages or DC fast chargers. They will be placed in strategic locations indicated by the local municipalities enlisted for this tender and ‘on demand’ from citizens.

In principle, everybody who doesn’t have a garage or driveway at home to charge a battery-electric car (BEV) can ask for a charger. They can apply the moment the BEV is ordered. Whether a company car, private lease, rented or wholly owned, it doesn’t matter. It won’t apply to plug-in hybrids (PHEVs), though.

When there is no public charger within 205 meters of walking distance, they can apply for one in their street via a digital office window from the governmental department Mobility and Public Works (MOW) that should be operational in the following weeks. Within 40 days, the department should take a decision and communicate in the next ten days.

All details of this roll-out are specified in the ‘Leidraad Lokaal Laden‘ (Guidelines Local Charging), including what is expected from the CPOs who won the tender, and who and how to apply for a charging point, and how municipalities have to tackle misuse of the future charging spots.

Traffic regulations are to change shortly to enforce EVs on public charging spots to be connected to the charging point to avoid a parking fine of €58, as can be imposed on non-EVs parking at the site today. Fully charged EVs can, in principle, occupy the charging spot as long as they want but will be discouraged by extra parking fees for each exceeding hour.