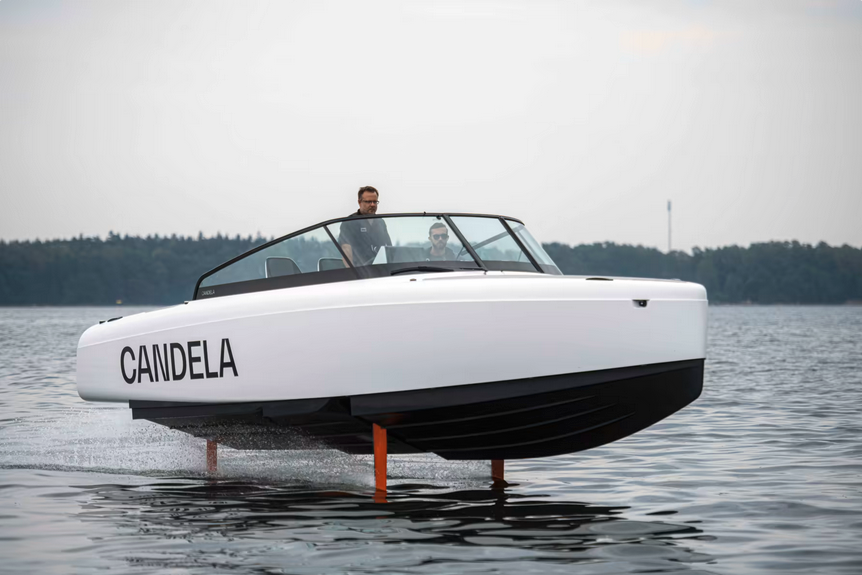 Two Swedish EV pioneers, Volvo-sister Polestar and electric ‘flyboat’ inventor Candela, found each other on the water. Polestar will supply the battery and charging systems for Candela’s revolutionary hydrofoiling speedboats, giving the startup a boost in scaling up.

“To make electric boats mainstream, we need to build thousands of boats every year. Working together with Polestar, we’re able to bring the scale of production and world-class engineering from the automotive industry to the marine sector, says Gustav Hasselskog, Candela CEO and founder.”

Getting enough battery capacity is a constant headache for car manufacturers. Polestar has been sourcing batteries from Chinese CATL and South Korean LG for a long time. Through the Volvo Car Group, it is involved in the partnership for battery development and production with Swedish battery maker Northvolt.

And like Volvo, Mercedes-Benz, VinFast, and many others, it has invested in StoreDot too. This Israel-based company aims to produce by 2024 batteries for electric vehicles that can recharge 160 km of range in just five minutes.

“Thanks to the partnership with Polestar, we’re able to secure state-of-the-art battery packs for our production ramp-up. As the number of electric vehicles increases worldwide, a steady battery supply will become increasingly important to hold a competitive edge and allow us to compete with combustion engine boats,” says Candela CEO Gustav Hasselskog.

Nearly noiseless, flying over the water

In 2020, Candela surprised the world with its first electric speedboat, the Seven. ‘Flying’ nearly noiseless over the water at 30 knots (55 km/h) with a 100% electric hydrofoil speedboat. Retractable hydrofoils lift the boat half a meter above the surface once a speed of 17 knots (31 km/h) is reached.  With a range of 50 nautical miles at 20 knots, the C-7 set several world records for electric boats. The limited production run of 32 units ended in 2021.

No slamming on the waves like conventional speedboats, but flying over it almost unnoticed as long as they don’t exceed one meter of height. This concept is further refined in the Candela C-8 and P-8 Voyager production models, using up to 80% less energy than conventional boats of the same size, thanks to much-reduced water friction.

In 2021, Candela launched the bigger, high-volume production Candela C-8, designed to make electric boats mainstream. With space for eight passengers, it has a range of 50 nautical miles at 22 knots and a top speed of 30 knots.

The power driving the boat under the water surface is a pod with an ultra-compact, torpedo-shaped design, weighing just 50 kg. This so-called C-Pod consists of two electric motors, each driving a counterrotating propeller to provide a combined power of 50 kW (67 hp) per pod.

Candela claims its C-8 is 400% more efficient than other powerboats on the market. With more than 150 units ordered, the C-8 is currently the best-selling electric premium boat.  In 2022, Candela is launching the Candela P-8 Voyager, an electric water taxi for twelve people, and the P-12 Shuttle electric ferry.

This one is set to hit Stockholm’s waters next year, says Candela. “With the ability to cover even the longest routes in Stockholm at high speeds, the Candela P-12 Shuttle will be used to shorten the commute between the rapidly expanding Stockholm suburb of Ekerö and the city center. Currently a 55-minute trip by bus, subway, or conventional ferry (or even car during rush hour), the Candela P-12 Shuttle will cover the 15 km route in only 25 minutes – saving the commuter an average of 50 minutes per day.” 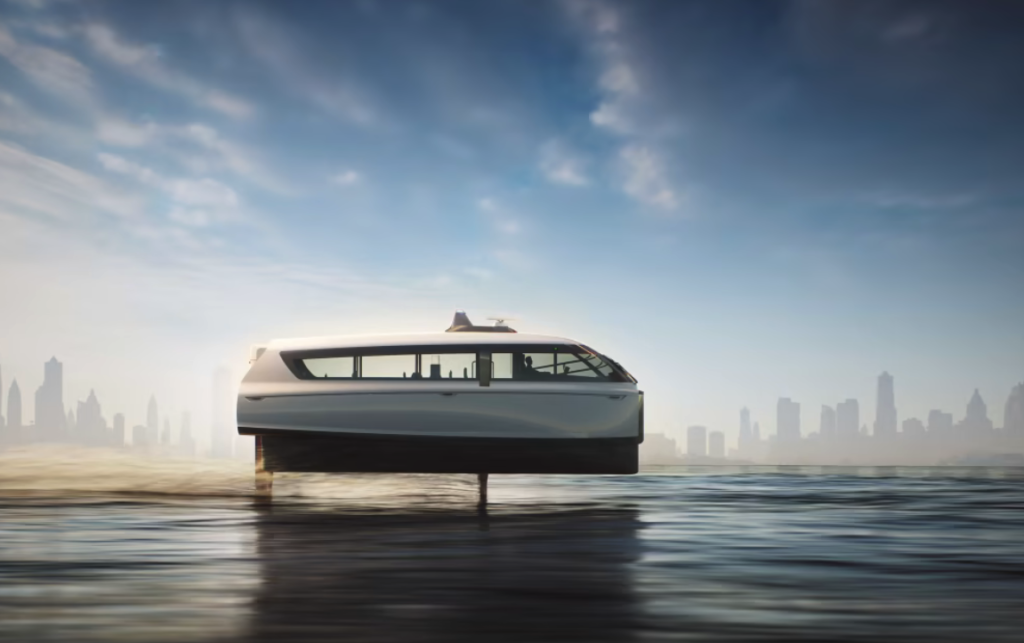