Lotus reveals pricing and specs of its Eletre SUV 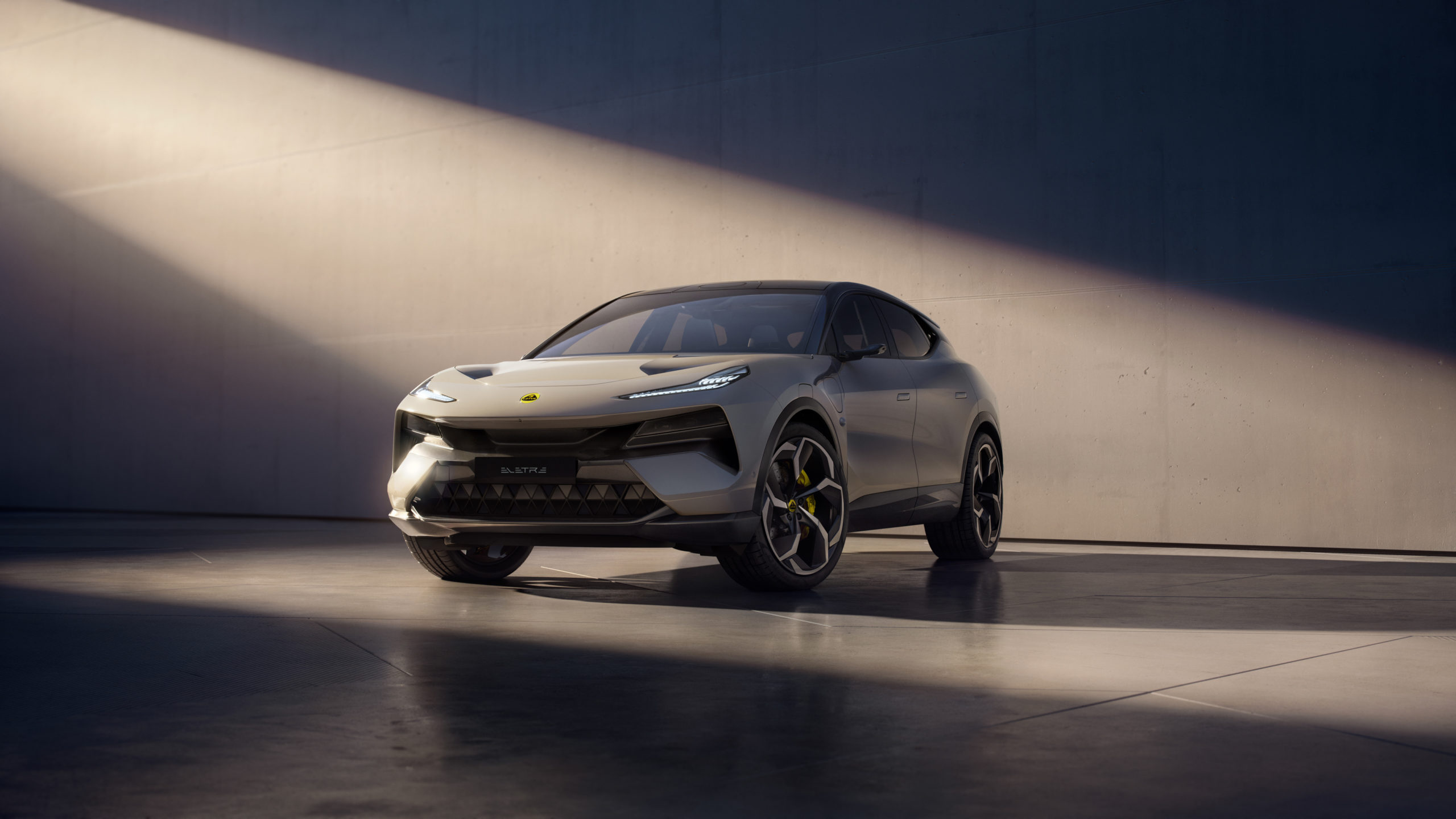 Lotus has revealed the final pricing and specifications of its Eletre electric ‘Hyper-SUV’, which will be delivered to customers in the first half of 2023. Lotus offers a choice of two powertrains with up to 918 hp and three equipment levels, with Belgian prices starting from €97 690.

The Eletre R gets 918 hp and a two-speed transmission, with 0-100 km/h taking just 2,95 seconds and a higher top speed of 265 km/h. The same battery pack is present, but the range drops to 490 km because of the power and wheel size increase.

Lotus has also unveiled more details about the technology accompanying the passengers on board. The Lotus ‘Hyper OS’ uses the Unreal graphics engine and Qualcomm 8155 chip to deliver modern, smooth 3D animations. The experience is divided into two displays, the Driver Information Module and a large, 15,1-inch OLED central display.

The audio experience is delivered by a KEF Audio system, Dolby Atmos-certified, for an immersive surround-sound experience. The audio system comes in two tiers, divided according to the model version of the Eletre.

As standard, the Eletre gets a 1380-Watt, 15-speaker system, along with active air suspension, torque vectoring, matrix LED headlights, 22-inch forged wheels, wireless smartphone charging, and Apple CarPlay/Android Auto, electric seats, four-zone climate control, and LIDAR technology, which will enable Eletre to become autonomous as soon as regulations allow it, according to Lotus. Customers can also opt for a smaller 20-inch wheel option to reach the promised 600 km range.

Finally, the Eletre R, which will be the world’s fastest dual-motor electric SUV, according to Lotus – the Tesla Model X Plaid has three motors – gets a special Track Mode with optimized settings for circuit driving, a Lotus Dynamic Handling Pack, Carbon Fibre Pack, gloss black wheels, and high-performance tires.

Production of the Eletre has already started in Wuhan, China, with European deliveries expected to begin in the first half of 2023. North America, the Middle East, Asia Pacific, and other regions will get the Eletre as of 2024.