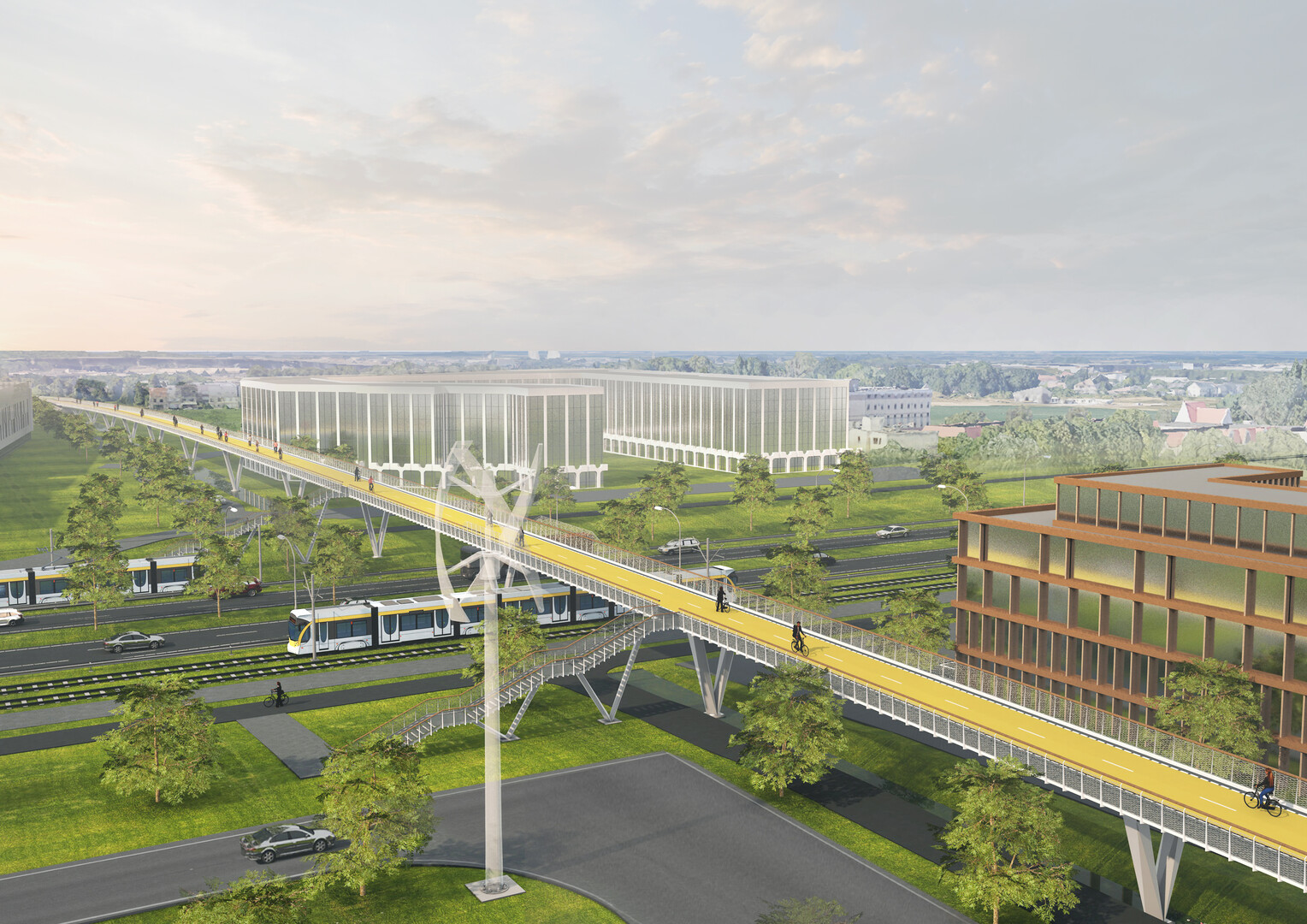 In Machelen, the construction of the longest bicycle and pedestrian bridge in Flanders has started /Werkvennootschap

In Machelen, work started Monday on constructing a 710-meter-long bicycle and pedestrian bridge, the longest in Flanders. The new bridge not only ensures a safe crossing but also forms a hitherto missing link in the route of the future Ring Cycle Path and connects to the future cycling highway F201.

The works are expected to last until the end of 2023. Flemish Minister of Mobility and Public Works Lydia Peeters (Open Vld) is investing 11,7 million euros in the project.

The bridge linking Haren Street in Zaventem with Sint-Stevens-Woluwe Street in Machelen will allow cyclists and pedestrians to safely cross the dangerous Leopold III Avenue in the future. For example, it avoids a one-kilometer diversion with a lot of dangerous crossing traffic.

Stairs along both sides of the bridges, equipped with bicycle gutters, connect to existing tram stops and the future stops of the Airport Tram. The cycle path and footpath will be separated by a colorful surface.

In the middle of the bridge, there will be a 4-meter-wide cycle path. On either side of the cycle path, pedestrians can walk on a 1,80-meter footpath. So the bridge will be almost 8 meters wide.

The bridge has a parabola shape and rests on architecturally designed V-shaped piers. Thus, the bridge is not classically suspended from a high support structure but remains relatively low in the field of vision. As a result, the bridge will blend in better with its surroundings and be less disruptive.

The new bridge will also connect to the future cycle highway F201 and form the missing link in the future Ring Cycle Path route between the N21 (Haachtse Road) and the R22 (Woluwe valley). It will thus form an important link in the cycle network in and around Brussels.

“We want to build a lot of additional infrastructure in the Flemish periphery that will improve traffic livability,” Minister Peeters says. “This cycle bridge is an example of that. It is not obvious to build such an extremely long bridge, but it will be an enormous added value here.”