Mercedes to roll out its own ‘supercharger’ network 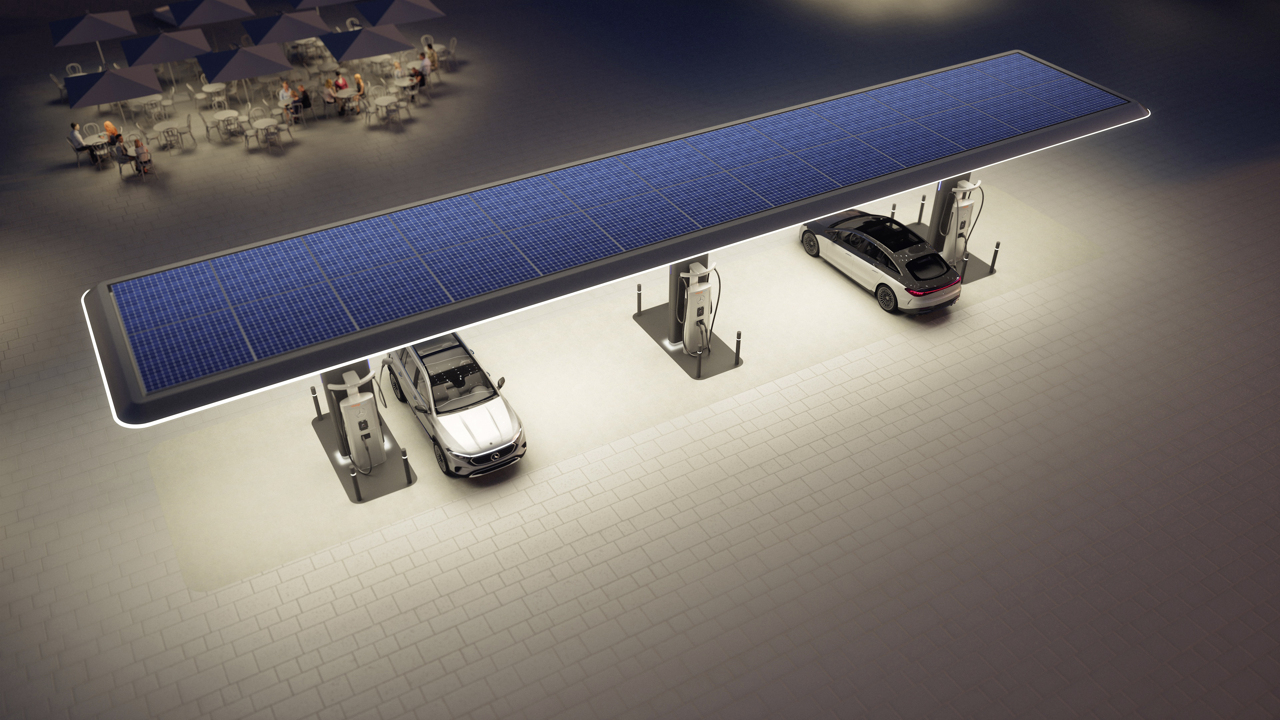 Mercedes plans the rollout of its own high-speed charging network. Called HiPower, North American customers will be served first, but other major markets, like Europe and China, will follow. By 2030, the German carmaker envisions an infrastructure of 10 000 charging stations. The announcement was made during the Consumer Electronics Show (CES) in Las Vegas on Thursday.

While Mercedes is part of the EV charging joint venture Ionity, the brand wants to speed up a supercharger network. Mirroring the efforts of Tesla, the brand will install 400 charging stations in the US and Canada by 2027, corresponding to 2 500 charging points. For comparison’s sake, Tesla already offers 28 000 Supercharger points in the US today.

To build the propriety infrastructure, supplied with green energy and at some stations upgraded with photovoltaïc systems, the German carmaker works together with MN8, one of the leading providers of solar energy in the US.

The latter contributes half of the planned investment, worth 1 billion euros in total. The construction and tooling of the stations is a collaboration with Chargepoint taking up the role of back-end provider.

The supercharger stations will feature 4 to 30 high power points, depending on location, capable of peak power at 350 kW. This corresponds to the speed of current Ionity chargers in Europe.

Mercedes stresses that the future HiPower network will supplement its engagement in the EU-only joint venture Ionity and is not a replacement. Instead, it accelerates and supports the adoption of electrified transportation on a global scale. So logically, the charging points will also be available for non-Mercedes customers.

After North America, HiPower will hit other major markets. Supposedly, Mercedes is still working on local partnerships in Europe and China to increase the total amount of charging points to 10 000 in total. Renault is also rolling out its own European infrastructure through its dealer network by upgrading concessions close to highways.

Infrastructure investments like these are much needed worldwide to support the adoption and feasibility of electric mobility. According to the latest report from consultancy firm McKinsey, Europe needs to quadruple its efforts by 2025, by which it needs to attain a rate of installing 6 000 charging points per week.

By the end of the decade, 3,4 million charging points are required instead of the 375 000 which have been currently deployed in Europe. However, because of grid and cost management, these are not all superchargers.

To make the experience more seamless for its customers, it will be possible to make reservations at the HiPower stations. In addition, the Mercedes me app handles booking and charging invoices in an automated fashion. That service is already partly offered at the current Ionity network.

EV drivers can not only experience the existing intelligent routing and charge point POI data from Here but receive greater visibility into whether the charge point will be available when they arrive for a charge-up.

“EV drivers are navigating a patchwork of infrastructure, with various plug types, pricing, and little understanding of when a charge point is occupied,” said Chris Handley, Vice President of Dynamic Spatial Content at Here Technologies. “This feature is focused on delivering a much-needed tool for EV drivers to more confidently plan their day and waste less time on charging.”

Carmakers participating in (Volkswagen, BMW, Mercedes, and Mitsubishi) or buying from Here will be able to incorporate the predictive tool in their navigation systems.