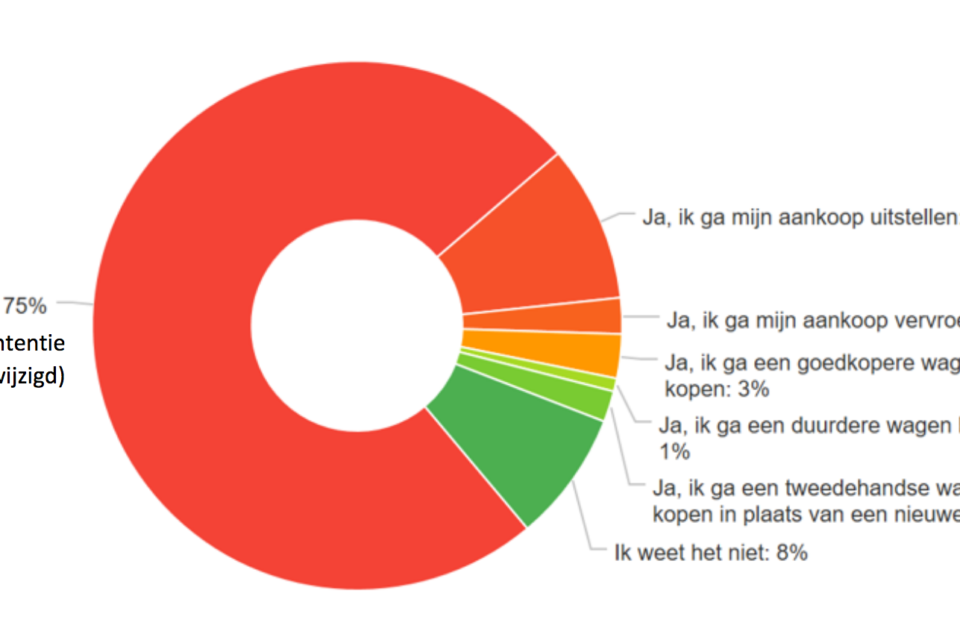 17% of the survey respondents say that the absence of a motor show has an impact on their buying intentions. Younger people are most impacted /Traxio

Sector federation Traxio organized a market survey to see if the corona pandemic and the absence of a ‘live’ motor show impact buying intentions. 24%  of the respondents say that corona impacts their buying intention; more than 17% say the same for the motor show absence.

The survey also shows that many Belgians still see the month of January as ‘the’ car month. Most striking is that it’s the youngest generation (18-24 years old) that is most sensitive to this feeling. 40% of them define January as the real car month, and that figure is gradually decreasing to 16% for the +65 seniors.

On average, one-fourth of the respondents estimate that January is the month to think about cars. This tendency is stronger in Brussels (32%) and Wallonia (31%) than in Flanders (23%).

The corona pandemic isn’t over yet. For almost one person out of four (24%), the pandemic influences his/her buying habits. 15% of those want to postpone the purchase, 4% will buy a cheaper car, and 2% choose a second-hand one.

Here, the younger generations are most impressed, as 40% of the young potential buyers (18-24 years old) do have a postponing reaction or change their minds about buying a certain car. Older buyers are less inclined to change their habits (only 7% of the +65-year-old seniors).

When asked about the absence of a motor show, 17% of them stipulates that it has changed their buying intention. 75% say that it has no influence, 8% don’t know yet.

The differences between regions are clear. 27% of the Brussels citizens say that there is an impact, against 17% for Wallonia, and 16% for Flanders. When we look at the age, the youngest generation is most impacted (25%), while only 5% of the 65+ let it affect their buying intention.

This also indicates that there is still a fairly large younger part of the public that apparently wants to attend ‘live’ to a motor show, which is good news for the organizers (Febiac) of the Brussels Motor Show.

The market survey has been organized between the 25th and the 30th of November 2020 among 1 000 respondents. To be totally representative of the population, the differences between men and women, young and old, and the place where they live were taken into account. 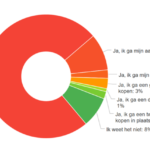