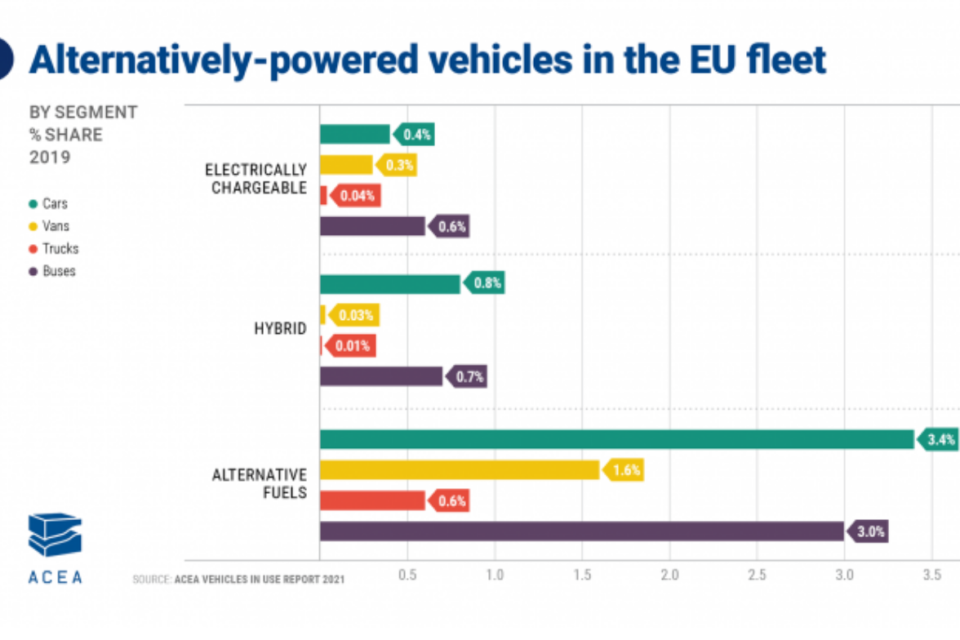 To meet the EU emission targets for heavy-duty trucks, 200 000 zero-emission trucks will have to be in operation in 2030, a 100-fold increase in ten years /ACEA

European truck makers estimate that around 200 000 zero-emission trucks will have to be in operation by 2030 to meet the CO2 targets for heavy-duty trucks. Based on new data from the European Manufacturers Association ACEA, this would require a staggering 100-fold increase in the space of under ten years.

A new study by the European Automobile Manufacturers’ Association (ACEA) shows that there are currently 6,2 million medium and heavy commercial vehicles on the EU’s roads, at an average age of 13 years. Almost 98% of all these trucks run on diesel, according to the 2021 ‘Vehicles in Use’ report from ACEA published on Thursday. Just some 2 300 – or 0,04% of the total fleet – are zero-emission trucks.

In its recently-published Mobility Strategy, however, the European Commission laid out the objective to have some 80 000 zero-emission trucks on the road by 2030, which in fact falls far short of what is required by the CO2 regulation (-30% emissions).

“European truck manufacturers are committed to bringing zero-emission trucks to the market and will be rapidly increasing their range of zero-emission vehicle offerings over the next few years,” said ACEA’s Director-General, Eric-Mark Huitema. “However, they cannot make such a radical and unprecedented shift alone.”

“To make zero-emission trucks the preferred choice of transport operators, urgent action is needed on European and member state levels,” according to ACEA. “This includes establishing CO2-based road charges, energy taxation based on the carbon and energy content of fuels, a sound CO2 emissions pricing system, and, most importantly, a dense network of charging and refueling infrastructure suitable for trucks.”

More than 28 million vans are in circulation throughout the EU. With six million vehicles, France has by far the largest van fleet. The average age of light commercial vehicles in the EU is 11,6 years. Among the EU’s four major markets, Spain has the oldest van fleet (13 years), followed closely by Italy (12,6 years).

Diesel-powered light commercial vehicles are dominant in all EU countries except for Greece. Almost 90% of the EU van fleet runs on diesel, just 0,3% of vans in the EU are battery electric.

Around 692 207 buses are in operation throughout the European Union, almost half of which can be found in three countries: Poland, Italy, and France. The average age of buses on EU roads is 11,7 years. The oldest buses can be found in Greece (19,9 years), while the newest ones are in Austria (4,8 years). Diesel buses still account for 94,5% of the EU fleet, with only 0,6% being battery electric.

Daimler Truck AG CEO Martin Daum has been chosen as the new Chair of the Commercial Vehicle Board of the European Automobile Manufacturers’ Association (ACEA), which brings together the CEOs of Europe’s leading manufacturers of trucks, vans, and buses.

“Climate change is at the top of the agenda of the commercial vehicle industry as the most fundamental challenge for humanity and the global economy,” stated Mr. Daum. “Our number one priority this year is to work with policymakers to pave the way for carbon-neutral road transport.”

“This process has to pick up further pace as it takes about ten years for our customers to renew their fleets completely. Having a fully CO2-neutral road freight transport sector by 2050 is our ultimate goal.”

“We’re ready to work together with all stakeholders to implement a clear roadmap, which includes the deployment of truck-suitable charging and hydrogen fueling infrastructure, and a policy framework that makes zero-emission technologies the best option for our customers.”

ACEA’s CV Board of Directors elects its Chairman on an annual basis. Martin Daum takes over the reins from Henrik Henriksson, CEO of Scania, who held the position in 2020. 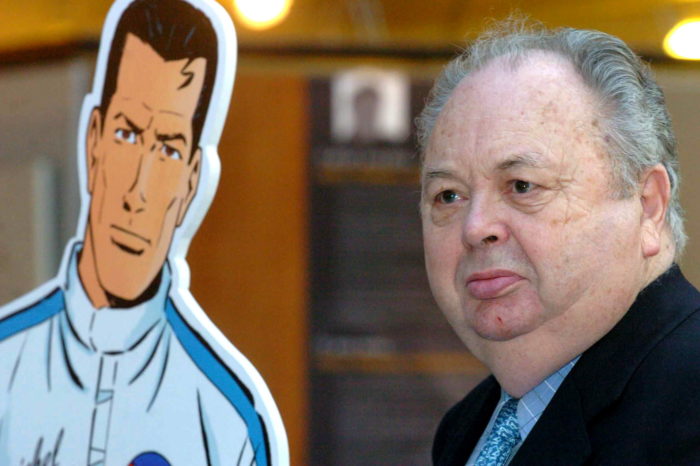 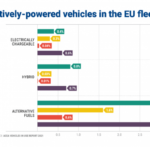