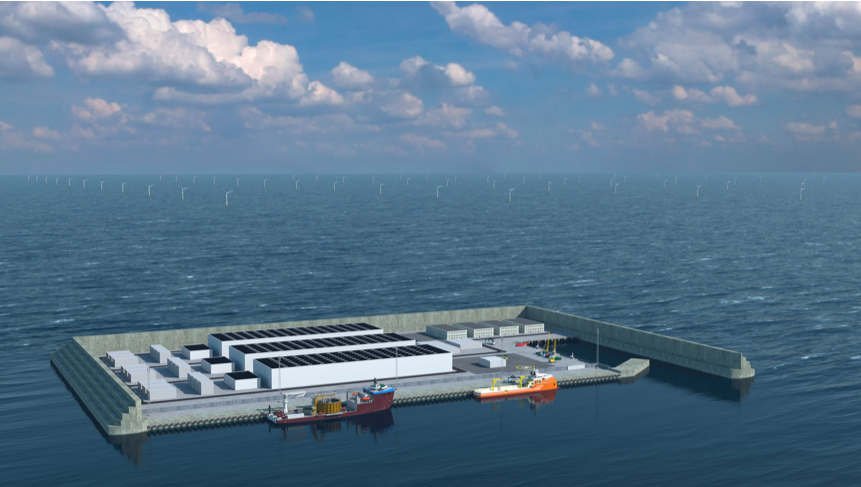 This is how the energy island planned in Denmark will look like. It will be a kind of offshore power plant, collecting and storing renewable energy from hundreds of wind turbines in the area /Energistyrelsen

Denmark is preparing the start of ‘its biggest building project in Danish history’ to create two ‘energy islands’, one in the North Sea, the other in the Baltic Sea. Both islands will export energy to the Danish mainland and some neighboring countries, like the Netherlands and Germany. And Belgium can connect to it, too, by a 500 km undersea cable.

According to Danish Minister of Climate and Energy, Dan Jørgensen (Social Democrats), the clean energy hub will be the largest construction project ever for Denmark. It will result from an inter-party decision of the Danish Parliament was taken on June 22nd, 2020. Danmark hopes it will contribute to meeting the European Union’s target to become climate neutral by 2050.

Danmark was the first country to build an offshore windfarm in 1991, and now the country is taking the next step into a new era of offshore wind energy. The islands are to become a kind of offshore power plants, collecting and storing renewable energy from hundreds of wind turbines in the area. The final goal is to produce up to twelve gigawatts (GW) and provide ten million families with renewable energy.

The first island in the Baltic Sea will be the existing island of Bornholm and will be the physical hub for offshore wind farms with a total capacity of 2 GW. The second island, in the North Sea, will require an artificial structure 80 km offshore, like a platform or a caisson island.

It will serve as a hub for offshore wind farms with a total capacity of 3 GW and potentially up to 12 GW in the future. It has been decided that the state will have majority ownership (51%), but also private partners can participate. This could make it “a lucrative business for both private investors and the Danish state,” Jørgensen told the press.

On behalf of the Danish Energy Agency, a consultant has already prepared a report containing a cost-benefit analysis and a study of the different construction types’ pros and cons.

The preliminary investigations are the first steps toward the realization of the energy islands. They include geophysical (e.g., sonar studies where the seabed is screened) and geotechnical studies (e.g., drillings into the seabed) as well as environmental studies (e.g., fish, birds, and benthic animals).

Construction of the island is expected to start in 2026 and should be ready before 2033. The Danish government reserves 212 billion Danish crowns (€28,5 billion) for it.

On Thursday, the Danish Minister of Energy and his Belgian equal, Tinne Van der Straeten (Groen), signed an agreement to construct an underwater electricity connection. A 500-km long undersea cable should transport 1,4 GW of green electricity to Belgium by 2030. The underwater interconnector should help the latter meet the European Green Deal’s targets and become climate neutral by 2050. 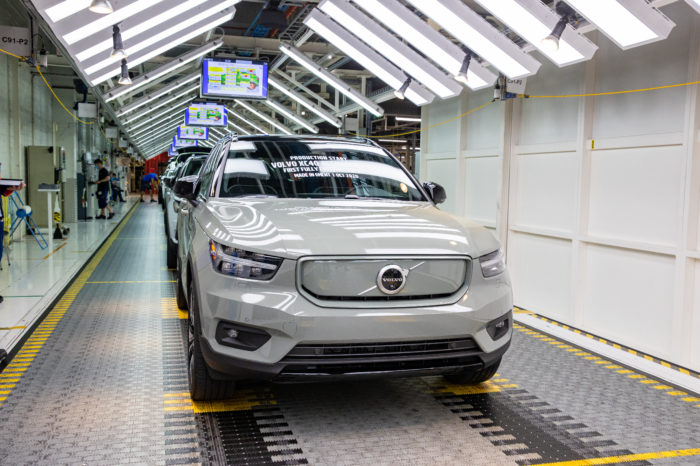 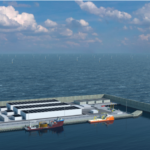