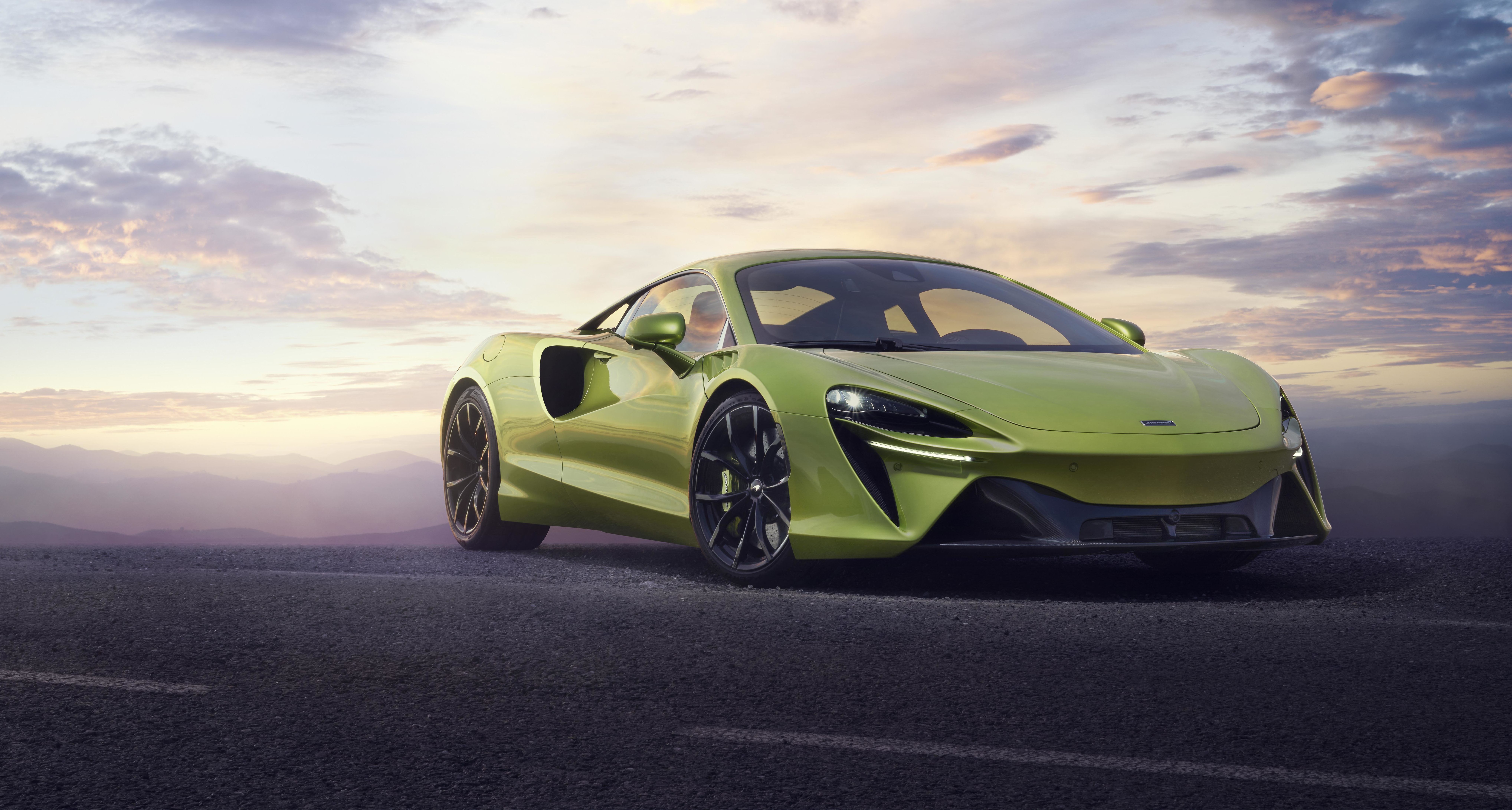 The Artura is McLarens hybrid supercar for the future /McLaren

The English sports car manufacturer McLaren has just presented its new flagship Artura. It’s a completely new high-performance two-seater coupe that has to represent the sports car of the future. And, of course, one could say, it’s hybrid.

The Artura thus combines a six-cylinder gasoline engine with an electric motor, a first for the manufacturer. It is already available for order in the UK, starting at £185 500 (about €225 000).

Central rear sits a new three-liter V6 at an unusual 120° V angle to make room for two turbochargers in the V, resulting in a very compact power unit that contributes to the low center of gravity. It develops 430 kW and is assisted by a 70 kW electric motor. It weighs 40 kg less than the V8 engine used until now.

This results in a combined power of 500 kW (680 hp) and a combined maximum torque of 720 Nm (585 Nm from the combustion engine, 225 Nm developed by the electromotor). The rear wheels get all that power and torque via a brand-new eight-speed dual-clutch transmission.

Already in the fifties and sixties of the past century, Lotus founder Anthony Colin Bruce Chapman (hence the ACBC-logo) was pointing out that a (very) powerful but heavy car would always be very fast in a straight line. Still, a light and nimble car would be fast all along the road.

McLaren still follows this basic law for sports cars. The Artura is based on the McLaren Carbon Lightweight Architecture (MCLA). With its carbon-fiber structure (the tub weighs 82 kg), the mid-engine sports car has a dry weight of 1 375 kg and is supposed to weigh less than 1,5 tons on the road, despite the hybrid components.

The small electromotor is of the axial flux type (like Magnax is developing in Belgium) and weighs only 15,8 kg, whereas the electromotor in McLarens hypercar P1 still weighs 38 kg. With a usable capacity of 7,4 kWh, the battery is quite small, but, according to the manufacturer, it should be possible to cover 30 kilometers on a single charge. The whole battery pack only weighs 88 kg.

Charging is done via a Type 2 connection, which is installed above the left rear wheel. The battery is supposed to be chargeable to 80% in two and a half hours, which corresponds to a charging power of just 2 kW.

The fact that the Artura drives away in E-mode every time it is started shows that McLaren is serious about the electric drive and does not just want to use it as a performance boost. Also, there is no reverse gear; to reverse McLaren just is inverting the electric motor.

Thanks to the readily available power and the restraint weight, the Artura is very quick. 0 to 100 kph takes just 3 seconds; after 8,3 seconds, you’re already doing 200 kph. Top speed is calibrated at a breath-taking 330 kph.

With a CO2 emission result of only 129 g/km (WLTP), the Artura is also the most fuel-efficient McLaren ever produced. A new rear suspension concept, uprated electro-hydraulic steering, and Proactive Damping Control enhance the car’s agility, stability, and dynamic performance.

Artura has a completely new interior with all key controls accessible with hands on the wheel. A new 8-inch HD touchscreen infotainment system enables the configuration of some advanced driver assistance systems (ADAS) and smartphone mirroring.

To close, we let McLaren Automotive CEO Mike Flewitt have the final word: “Our all-new, High-Performance Hybrid delivers all of the performance, driver engagement, and dynamic excellence for which McLaren is renowned. With the additional benefit of EV driving capability.”

“The introduction of the Artura is a landmark moment – for McLaren, for our customers who will appreciate and enjoy this car on every emotional and rational level, and for the supercar world,” he concludes. 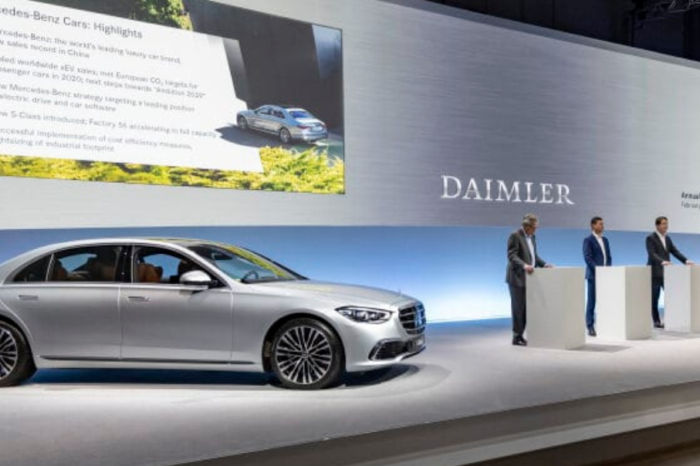