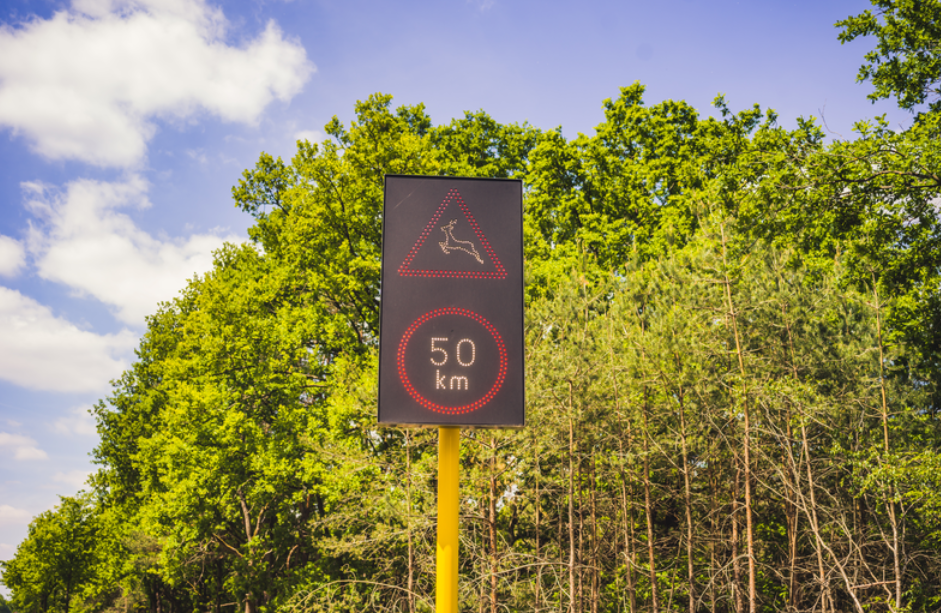 As soon as an animal approaches, the road signs light up, which seems far more effective than the statistic signs along the road /Agentschap Wegen en Verkeer

The Flemish Minister for the Environment, Zuhal Demir (N-VA), wants to expand the game detection system along the Limburg roads. The system warns drivers when wild animals are crossing the road. According to the Institute for Research of Nature and Forest (Instituut voor Natuur- en Bosonderzoek, INBO), it reduced accidents with game by one-third.

Limburg has several large wildlife areas separated by roads or built-up areas. This is why wild animals – wolves, wild boars, foxes, and deer – have difficulties migrating to other areas. They sometimes need to cross the roads, which can be dangerous for accidents.

In 2019, the game detection system was installed along the N73, the east-west connection between Leopoldsburg and Kinrooi, along with the military camp of Beverlo. The system contains fences along the route and two crossing places where the animals can be registered. As soon as an animal approaches, traffic signs light up to warn drivers to slow down. The wild cameras also film which animals are passing by.

According to the camera images, 122 crossings were filmed in the last twenty months. Wolves were registered about 40 times, wild boars and deer were frequent passers-by, and now and then, the camera registered a fox. Most of the animal crossings happen by night, and most movements are seen in spring.

A recent evaluation by INBO indicated that the number of registered accidents in the last year and a half decreased by one-third. Hence, the investment for the detection system pays off. Minister Demir, therefore, wants to expand it and install similar systems in other areas, like on the N76 in Oudsbergen, between Meeuwen en Opglabbeek, and probably on the N71 in Lommel, the regional road between Hamont and Geel, the N71.

All information gathered after this evaluation will further prevent conflicting situations between traffic and wildlife and improve the connections between wildlife areas. 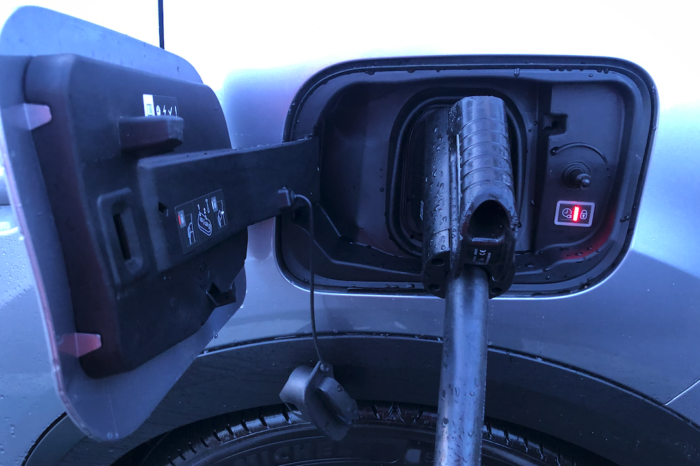 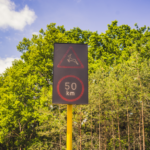