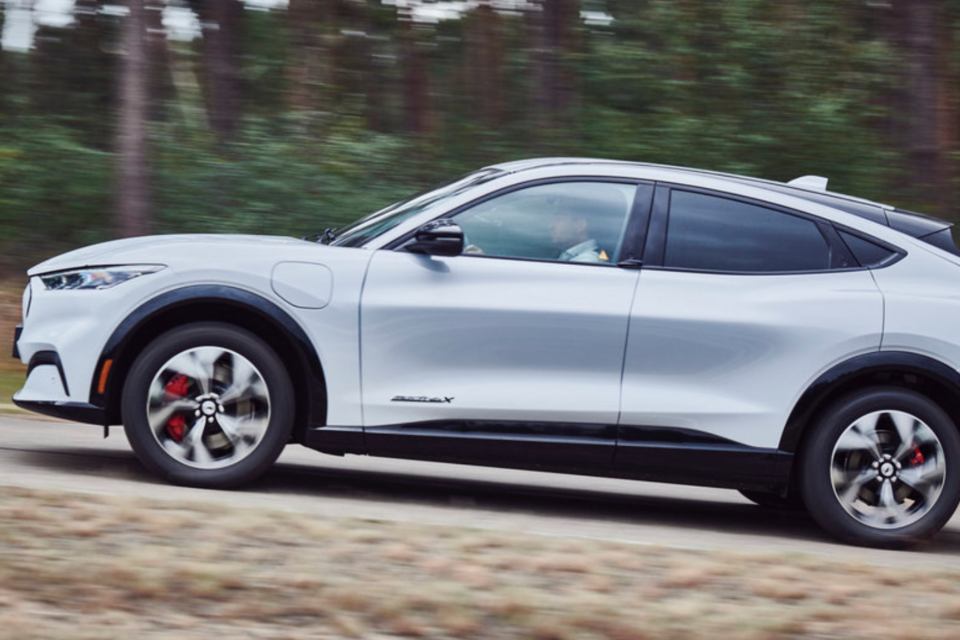 The Mustang Mach E has a sleek coupe design but is still roomy. It drives well and has a competitive price tag /Ford

In June last year, we talked to you about the advent of a new pure electric car from Ford, the Mustang Mach E. Meanwhile, Ford has launched a sportier GT version of this car (to better cope with the Mustang aura?), and the ‘normal’ Mustang Mach E has arrived in the showrooms. We were able to drive it.

For quite a while, the Tesla Model 3 had no competitors and ruled the electric cars segment it appeared in. Now there are new ‘kids on the block’, like the Polestar 2 and the Mustang Mach E (and others will follow), to put Tesla under pressure.

When Ford started its project for an electric car, the first projects looked far more anonymous. But somebody at the design department got the idea to link the ‘revolutionary’ electric Ford to an iconic name tag… Mustang.

Diehards of the ‘real Mustang’ still feel offended, but given the looks and the performance of this electric sedan, we don’t see why it doesn’t merit a famous name. The car’s looks were adapted, whether one likes it or not, from certain angles, the Mach E is really looking like a thorough Mustang.

And when the ± 500 hp strong GT version will have arrived, no one will dare to say that the performance is not ‘Mustang-worthy’. The ‘normal’ Mustang Mach E is no sluggard either. And people who are prepared to pay 50 to 60 000 euros for a car surely are susceptible for their car having this name.

So Mach E’s design had to be sporty, worthy of its name, and the designers did well in our view. With a waistline curving up and a roofline coming down, the 5-door sedan has a coupe look without sacrificing the room for the rear passengers too much. Even in the back, one can sit quite well, but it’s more suited for two people than three.

4,7 m in length is not that much, but the trick lies in the wheelbase (like many electric cars). Ford has put the wheels in the outer corners, and the car has a wheelbase of almost three meters (2,98 m to be correct). Concerning luggage space, Ford has copied the brilliant mega box idea and has foreseen a square space of 87 liters in the front (the so-called frunk), totally of plastic and foreseen of a removable plug that you can clean with lots of water when necessary. The rear boot can be varied from 402 to 1 420 liters by folding the rear seat’s backrest.

From the normal Mach E Ford proposes four versions. On the one hand, one can choose between one or two engines, resulting in a total power varying between 198 kW/269 hp and 258 kW/351 hp. The car with one engine is rear-wheel-drive; the one with two motors is four-wheel-drive.

There is another choice to make for the interested customer: does he want a car with a standard range (between 400 and 440 km) or an extended range (between 540 and 610 km)? All measures according to WLTP standards. In the first case, he gets a (useable) 68 kWh battery pack; in the second case, he has a (useable) 88 kWh at his disposal.

Although the basic car weighs already two tons, one can’t say it’s a sluggard as it is capable of sprinting to 100 kph in just over six seconds. The dual-motor versions are one second quicker. All cars have a (governed) top speed of 180 kph.

Fast (DC) charging can occur at up to 150 kW, AC charging can vary from 2,3 kW (base home socket) up to 50 kW. Charging at home without an adapted wall box can become painful and last almost forty hours.

We drove a First Edition, which is always the AWD version with two engines and the big battery pack. Although this car weighs almost 2,2 tons, it feels agile and lively, with a steering feel that is perhaps a tad too light. The chassis of the European version has, of course, been tuned by our Belgian friends at Ford’s Lommel proving grounds, and it is clear that also with an electric car, they know how to tune a chassis.

In its response and agile handling, this Mach E reminds me of the (much more expensive) Jaguar I-Pace rather than an Audi e-tron or a Mercedes EQC. The Tesla Model 3 also has a very good road-holding but procures less fun, the Polestar 2 resembles more this Mustang, but it feels heavier and, therefore, somewhat clumsier. A gem is the one pedal drive possibility, really an additional comfort item once you get used to it.

There are three driving modes to choose from, Whisper for quiet, smooth cruising, Active for more spirited driving, and Untamed for a very dynamic driving style, accompanied by a muffled V8 sound coming from the (excellent) B&O sound system. Finally, it’s the noise that the classic Mustang and this Mach E can have in common.

One sits well in the Mustang, also in the rear if there are only two passengers, but the finish and the choice of some materials could be better. It’s closer to the standards Tesla also wields than what Europeans are used to from cars costing this kind of money.

The Mustang’s interior is dominated by a huge central screen, perhaps even larger than the ones in a Tesla. Nevertheless, this Mach E still has a petite second screen behind the steering wheel with only the most necessary info.

This Mustang is the first to be equipped with Ford’s Sync4 connectivity system that offers many opportunities and is easily manageable thanks to the clear menus on the enormous screen. The connectivity is also top of the bill.

The Mustang Mach E pricing here in Belgium starts at €48 000 and goes up to €64 425 for the most powerful AWD version with the big battery pack. That’s 15 to 20 000 euros less than the above-mentioned cars from the premium brands, but this Ford is also competitive in its segment. 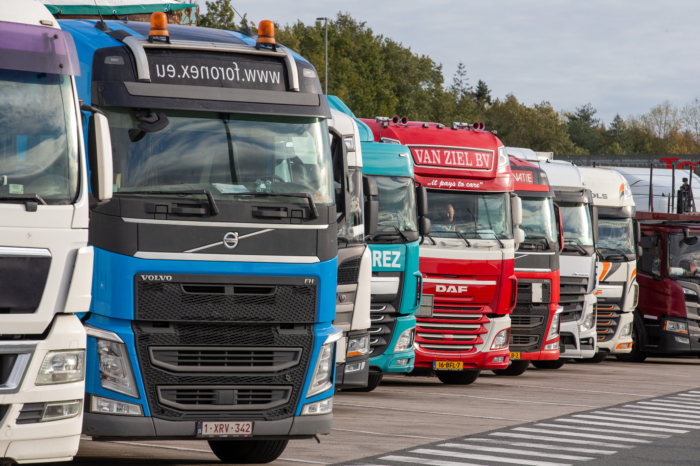 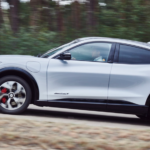