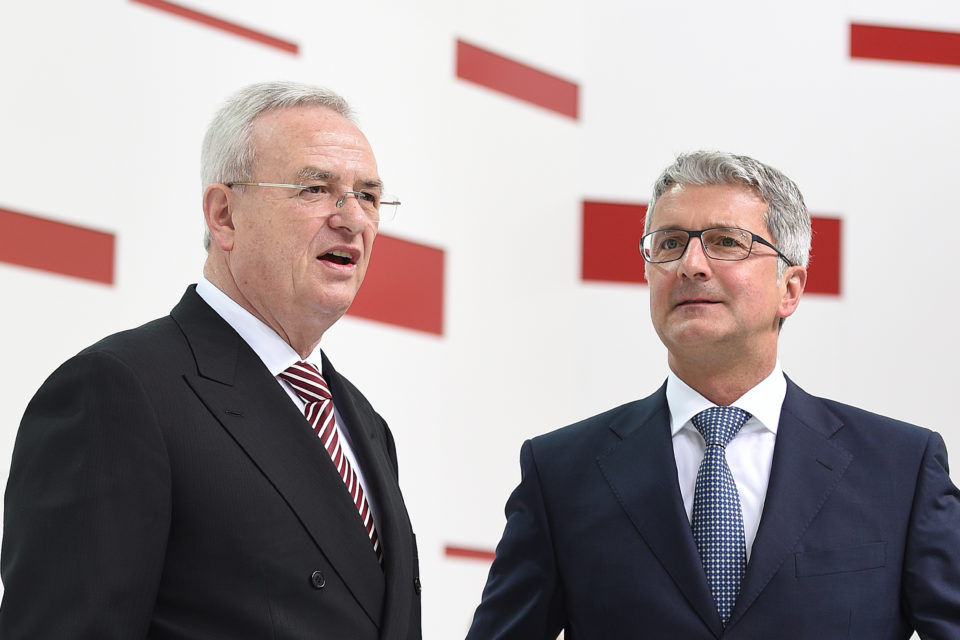 The former VW and Audi bosses, Winterkorn and Stadler, are facing damage claims from their former employer. They’re pictured here both in tempore non suspecto at an Audi annual press conference /DPA

More than five years after the dieselgate scandal broke out, Volkswagen is claiming damages from its former CEOs Martin Winterkorn (73) (VW Group) and Rupert Stadler (58) (Audi). They’re accused of negligence.

The former president of the VW Group board (departed in 2015) and the former CEO of Audi (ousted and in jail in 2018) are now confronted with ‘compensation claims for negligence’ from their former employer.

The procedure normally leads to an amicable settlement but can ultimately be fought before a court if no agreement has been reached. The claims are completely independent of the jurisdictional prosecution both men are experiencing.

Dieselgate can be considered as the most comprehensive fraud scandal in the history of the car industry. Until now, different procedures, claims, and compensations have already cost Volkswagen more than €30 billion.

The fraud (with engine management software manipulating real consumption and emissions) was discovered in the US in September 2015. Weeks later, Martin Winterkorn already submitted his resignation. Since then, he claims that he was never informed about possible anomalies going on in his company.

Nevertheless, after receiving the results of a thorough internal investigation last Friday, the VW supervisory board says it is convinced that Mr. Winterkorn “has broken his obligations of diligence”.

He omitted “to give a clear explanation about the use of non-authorized software.” Moreover, he “has neglected to give a swift, sincere and complete response to the questions asked by American authorities.”

Mr. Winterkorn replies that he has done “everything possible and neglected nothing to avoid or reduce the damage done” by the whole affair.

The claim toward Mr. Stadler (as head of Audi) is that he hasn’t done “the necessary investigations on two engines developed by Audi and thereafter used in products of Audi, Porsche, and VW.”

Three other managers, two working at Audi, one at Porsche, also see themselves confronted with their former companies’ compensation claims.

From now on, there will be negotiations between VW and the former employees to find an arrangement out of court, a VW spokesperson has declared.

There has been a comparable, big corruption scandal compromising top managers of German tech giant Siemens in the past. Two former leading managers, Heinrich von Pierer and Klaus Kleinfeld, were implicated.

After long negotiations, von Pierer has paid €5 million of compensation to Siemens, while Kleinfeld has paid €2 million. Trying to find out how high the damage claims will be in the VW case is purely speculative for now.

The new claim of VW against his former top employees has nothing to do with the German law’s actions. The trial against Mr. Stadler started in September 2020 and is still going on.

The trial’s start against Mr. Winterkorn has been postponed until half of September because of the covid19 pandemic. 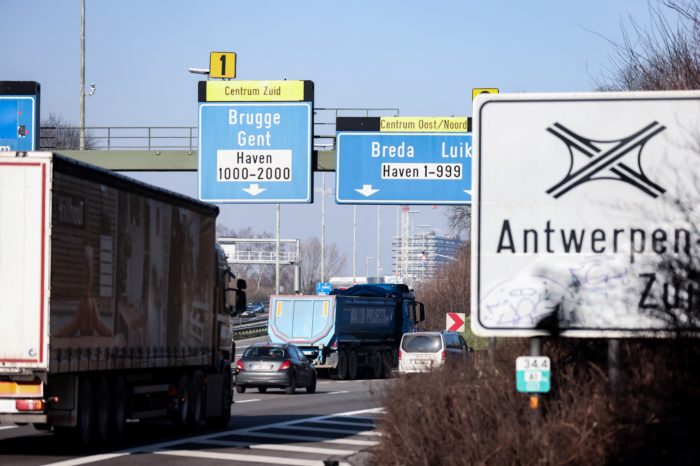 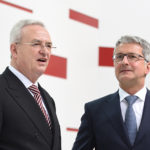