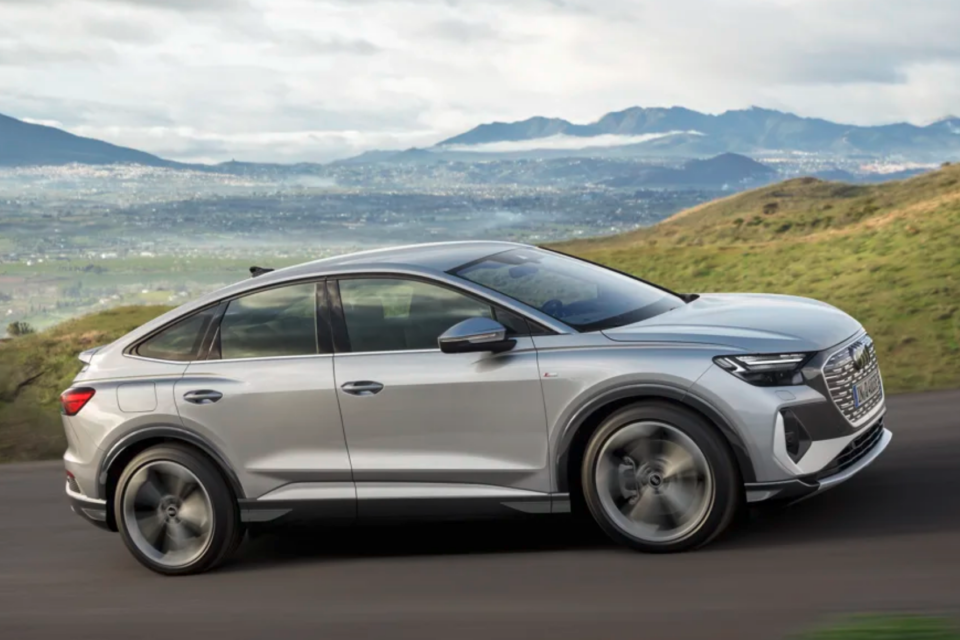 Audi has officially launched its smaller EVn the Q4 e-tron. The car will come in two body types (here the coupe Sportback version) and three drive variants. It will be on the market in June and prices start at € 41 990 /Audi

Audi has finally unveiled its first two MEB models, the Q4 e-tron and Q4 Sportback e-tron. According to Audi boss Markus Duesmann, the e-SUV, and e-SUV coupé will mark “the entry into the electric world at Audi”. Prices in Belgium start at €41 990.

Duesmann emphasized the car’s importance in the VW subsidiary’s electrification strategy at the car’s premiere event. After the ‘pioneer’ e-tron Quattro and the ‘brand shaper’ e-tron GT, the Q4 is to become the ‘accessible EV’.

Many onlookers see the Q4 as the first real answer of VW’s premium daughter to Tesla, but Duesmann disagrees. In the Belgian newspaper l’Echo, he finely first points out that “at the end of this year we will have five different EVs on offer, that’s already more than Tesla.”

Duesmann doesn’t see Tesla as his biggest competitor: “According to us, Tesla is becoming more and more a producer for the mass segment. In the premium segment, we will have to compete with the BMW iX3 and Mercedes EQA.”

The German carmaker now reveals more technical details after releasing some design cues on the body variants (SUV and SUV coupé) and the interior. Since the Q4 is based on the MEB platform and manufactured in Volkswagen’s MEB plant in Zwickau, many details on production have already been revealed.

Audi will offer the Q4 e-tron and its Sportback derivative in three variants. The entry-level model is called Q4 35 e-tron and is very close to the new VW ID.4, for instance. Audi uses only the 125 kW/170 hp version of the rear (synchronous) electromotor to drive the rear wheels, where the ID.4 is also available with 109 kW.

The second variant is the Q4 40 e-tron. It uses the familiar 77 kWh battery pack (gross: 82 kWh), with an electric motor output of 150 kW/204 hp. Audi gives a range of 520 kilometers (Sportback: 528 kilometers), but these are still provisional figures.

With the larger battery, the Q4 is equipped with an 11 kW charger and can fast-charge up to 125 kW at a DC charging station.

The top model is the Q4 50 e-tron Quattro. As the name suggests, it has a four-wheel drive and, therefore, two motors. The 150 kW synchronous motor in the rear and a smaller asynchronous motor of 70 kW/95 hp, giving 220 kW/299 hp combined.

It uses the same 77 kWh battery pack, and Audi gives a provisional range of respectively 488 and 497 kilometers for the two body versions.

The rear-wheel-drive models’ towing capacity is 1 000 kilograms, while the Q4 Quattro can tow 1 200 kilograms. The load capacity on the tow bar is 75 kilograms each.

The new smallest Audi EV has to be practical in the first place.  The car has, of course, the flat interior floor of the electric platform. “With a dedicated electric modular system, we are enabling a new layout of space,” says Oliver Hoffmann, the board member responsible for development. “At 4,59 meters, the Q4 e-tron is shorter than a Q5 but offers space at a luxury-class level.”

Audi wants to distinguish itself from its sister models through design, independent suspension tuning (a sports suspension with 15 millimeters lowering is optional), and numerous digital functions.

The Q4 adopts some components from other MEB users, such as the augmented reality head-up display, but exclusive to Audi is the premium sound system, which for the first time comes from Sonos.

The market introduction is scheduled for June in Belgium, with prices starting at €41 990 for the 125 kW model. Prices for the 150 kW model start at €48 500, the all-wheel-drive top model starts at €56 350. That’s more than 3 000 euros more expensive than in Germany, but in Belgium, the top model will have the S Line trim as standard.

The Sportback is around 2 000 euros more expensive in each case. There will be two edition models available in both body styles and with all powertrains at market launch, costing €10 750 more than the regular models.

Audi has changed the price policy for Q4 to make it simpler. For example, instead of selecting all assistance systems individually, the Q4 will only offer three assistance packages and one comprehensive safety package. The surcharges themselves for the optional heat pump or the adaptive suspension have not yet been revealed. 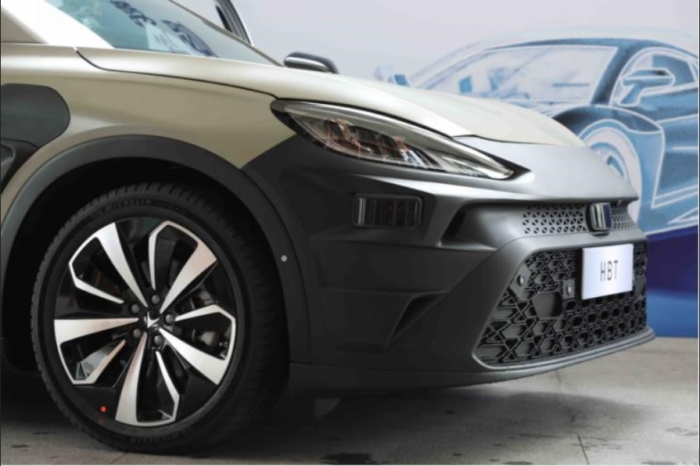 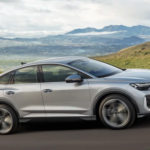