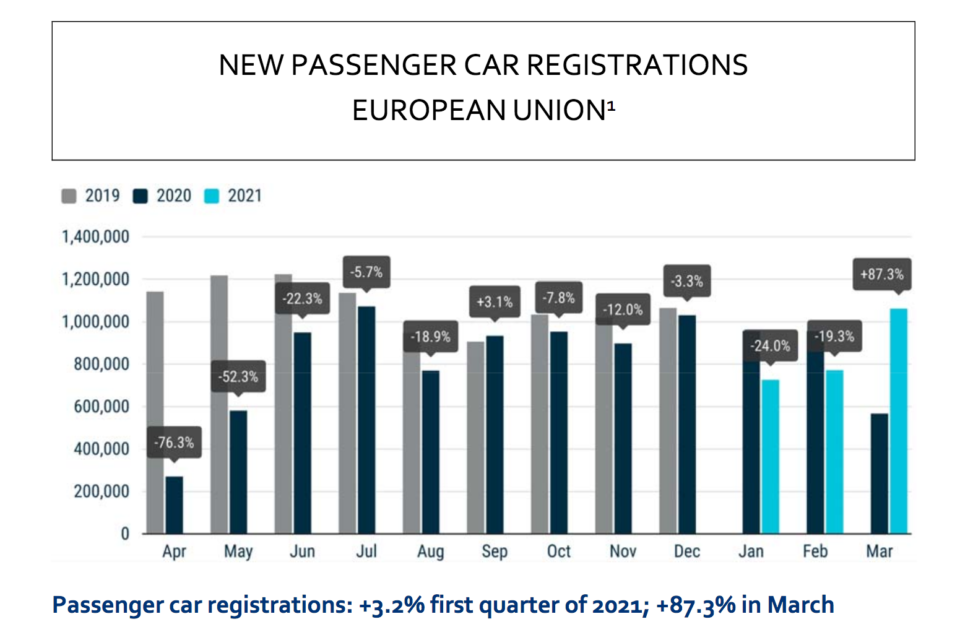 Thanks to the month of March, European sales in the first quarter were slightly better than last year /ACEA

While in the first two months of this year, the European market was still suffering, March appeared to be much more inspiring, lifting the total sales for Q1 over those of last year. The data were assembled by the European association of car manufacturers ACEA.

In March 2021, registrations of new passenger cars in the European Union increased by 87,3%, resulting from last year’s shallow base of comparison caused by the strict COVID-19 restrictions introduced in most markets in March 2020.

During the first quarter of 2021, EU demand for new cars grew by 3,2% to reach 2,6 million units registered in total. Despite steep declines during the first two months of the year (-24,0% in January and -19,3% in February), March’s strong results managed to offset the negative trend.

Looking at the major EU markets, last month’s gains brought Italy and France’s cumulative performances into positive territory (up 28,7% and 21,1%, respectively). On the other hand, both Spain (-14,9%) and Germany (-6,4%) continued to post declines so far in 2021, although significantly less dramatic than in the preceding months.

The situation for Belgium was the same as in Germany. Sales in March grew by 56,1% in March, reducing the loss of sales for the first quarter of the year to 6,4% compared to last year.

The loss of the Uk these first three months (-12%) was partly compensated by the gain of the EFTA countries (+5,1%) to have practically the same figure for the whole of Europe.

Most analysts and car manufacturers are now worried about the lack of semiconductors in the car market. This could seriously penalize the sales of the months to come, simply because the production or the delivery of cars ordered has to be postponed.

When we look inside some groups, we see that only Porsche and Skoda go forward within Volkswagen, and the rest lose. The good results of Stellantis are mainly due to Peugeot and Jeep, while DS is seriously decreasing. And at Renault, the serious loss of the chief brand (-6,2%) is almost compensated by Dacia and Alpine’s increase. 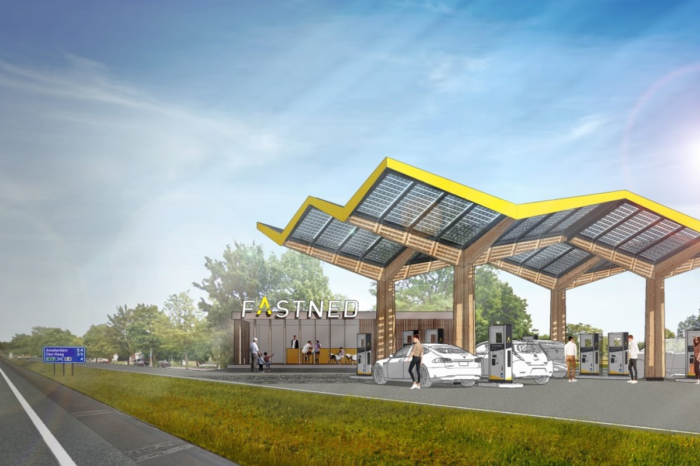 Fastned wins legal battle for shops at its charging stations 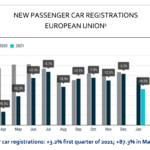