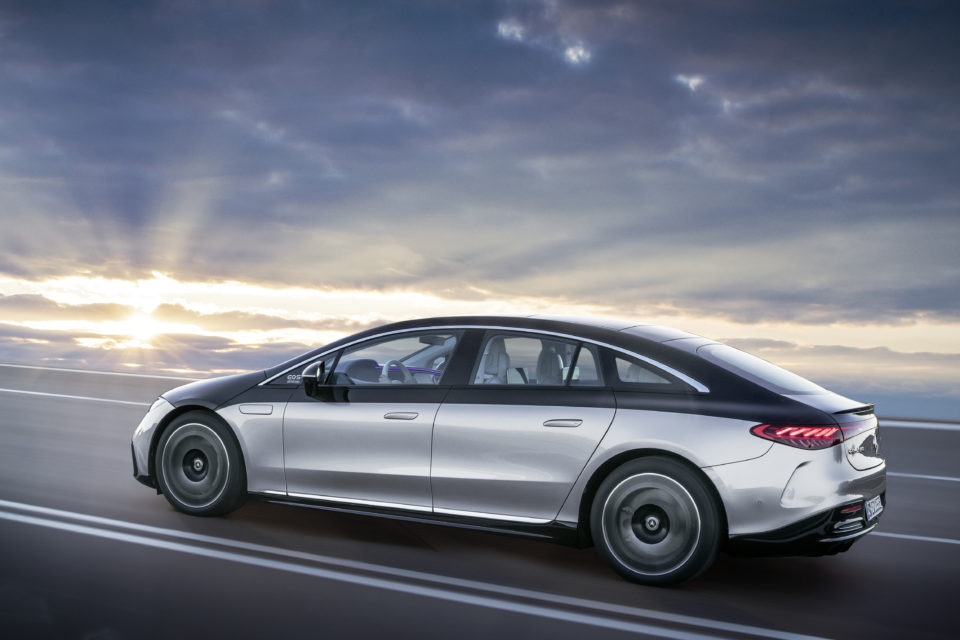 Mercedes has officially presented its EV flagship EQS. There will be two power variants and two battery versions /Mercedes

On Thursday evening, Mercedes finally revealed its EV flagship. The EQS is a luxurious sedan that wants to get rid of some prejudices about the electric vehicle. There will be two variants of the luxury electric car built near the Daimler headquarters in Sindelfingen, Germany, at the market launch. Mercedes hasn’t been giving prices yet.

Over the past few weeks, Mercedes already revealed some information. There were the first pictures of the interior, news about the battery, and, last but not least, the first technical data to highlight a WLTP range of 770 kilometers.

Mercedes has also confirmed that there will be two variants of the EQS: The EQS 450+ and the EQS 580 4Matic. The former is a 245 kW rear-wheel-drive model with the predicted 770-kilometer range.

For the EQS 580 4Matic – with an all-wheel drive and one electric motor per axle – an output of 385 kW was mentioned, but no range. The latter will be revealed after all homologations are done. Both cars reach an electronically limited top speed of 210 kph. The 450+ accelerates in 6,2 seconds to 100 kph; the 580 4Matic needs only 4,3.

An AMG version of the EQS has also been speculated about. Daimler confirmed that plans are underway for a performance version with 560 kW or some 760 hp during the premiere.

Both versions can be ordered with the biggest battery pack (107,8 kWh of capacity), and it’s with this pack, the impressive range of 770 km is claimed for.

But apart from this 12-module pack, there will also be a ten-module pack delivering 90 kWh of capacity. The larger battery cells come from Chinese battery giant CATL, the ones in the smaller one from battery supplier Farasis.

There are no more technical data yet about the cars with the smaller battery pack. “The 90 kWh version will be announced for some markets toward the end of the year,” says Christoph Starzynski, head of Mercedes-EQ.

Strangely, an onboard charger of 22 kW AC charging power is to be offered as an option. The charging capacity ex-works is 11 kW. Mercedes-Benz gives a maximum DC output at fast-charging stations 200 kW.

It should be possible to recharge the battery for up to 300 WLTP kilometers in 15 minutes (smallest engine). Charging to 80% takes 31 minutes in the EQS 450+.

It may seem a little awkward that this electric flagship still relies on a 400 V system while competitors like Porsche and ‘general manufacturers’  like Hyundai already brought out 800 V systems.

Starzynski responds: “We have great charging performance with 400 volts since some markets also work with 400 volts as a priority; we decided on this at the market launch – from our point of view without sacrificing charging time.” He added that there was flexibility over whether the 400 volts remain over the lifecycle.

The EQS also supports Plug & Charge. For European customers of the EQS, Mercedes still offers the ‘Ionity Unlimited’ package. This allows free charging at Ionity, which is a step up from the discounted prices for owners of an EQC.

With the EQS, Mercedes introduces over-the-air (OTA) updates and allows drivers to unlock ‘Functions on Demand’.  There will be two special driving programs for young drivers and service personnel.

The production car has adopted numerous design elements and the concept car’s basic proportions, with the very long wheelbase and the curved lines. When viewed from the side,  the EQS is very close to the original concept car.

The headlights on the production EQS are somewhat more conventional, and the special rear lights in the Mercedes star design of the study have not made it into the series version.

The EQS does not have a ‘frunk’ in the front because a HEPA filter is installed there. “Since we were able to achieve 99,96% purified air in the interior, the HEPA filter has to be of a certain size,” explains Starzynski.

As said, there are no prices revealed yet. The EQS comes in the Belgian showrooms at the end of the summer; prices will be public as of June. On the dedicated electric platform EVA, other cars will see the light soon, for example, an EQE and an SUV version of the E or the S (or both).

Together with the launch of its EQS, Daimler announced excellent financial results. Thanks to outstanding global sales, and in particular in China, the EBIT was €5,75 billion for Q1, where analysts expected 4,9.

In fact, the company has registered the same net benefit (€4 billion) for the first quarter of 2021 as for the whole year of 2020.

Mercedes wants to double the sales of its electrified cars this year, and in 2025 already 25% of sales will be EV or PHEV. In 2030, this should have climbed already above 50%.

One of the problems is the smaller profit margins on EVs. “The variable costs of BEVs are higher than we are used to,” explains Ola Källenius, Daimler’s CEO. “That’s why we are working very hard on lowering our break-even point,” he added. All financial details will be released at the end of next week. 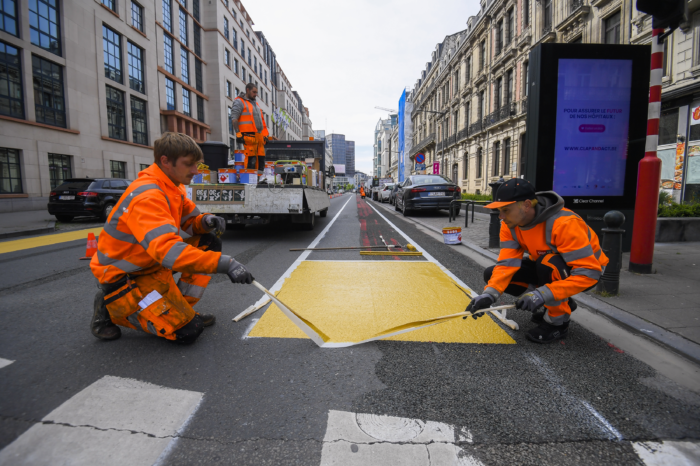 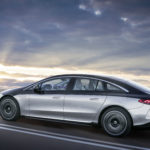