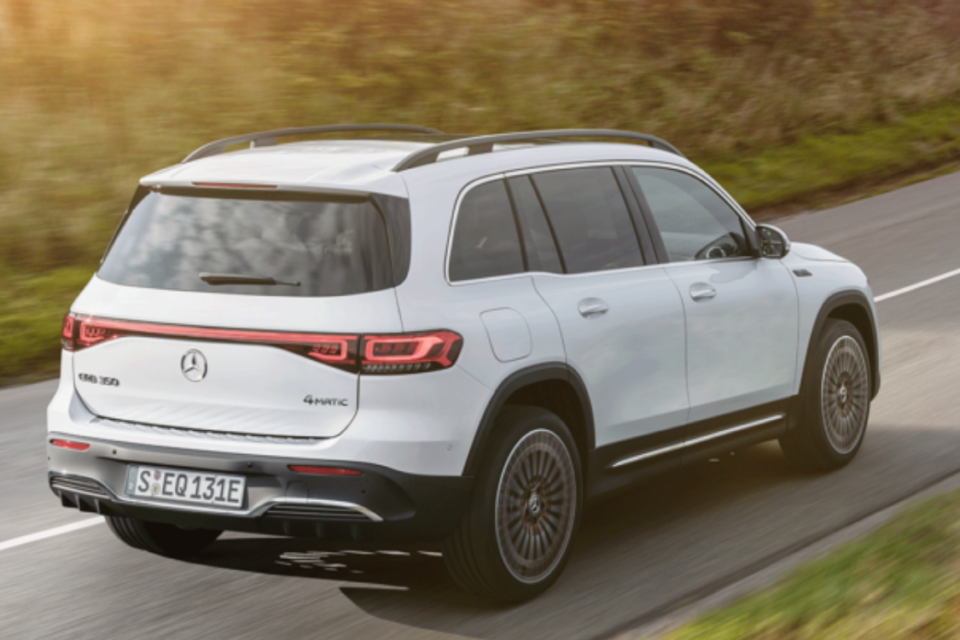 Not even a week after the official launch of the EQS electric flagship, Mercedes launches another fully electric car, the EQB. The more boxy car wants to be the family friend under the EVs and seats seven.

Mercedes presented its second compact electric SUV at the motor show Auto China in Shanghai. Despite similar technology, Mercedes promises the EQB to be more than just an angular version of the EQA. The German carmaker says that the five-or seven-seater has “the qualities of a compact estate car”.

The EQB is to the GLB what the EQA is to the GLA: the electric offshoot. The EQB uses Daimler’s modular technology for compact models and inherits the GLB’s long wheelbase of 2,83 meters. Most driving technology, but not all, is similar to the EQA.

The EQA was presented at the beginning of the year as the EQA 250 with a 140 kW engine driving the front wheels. In Shanghai, Mercedes showed the EQB as a 350 4Matic, with an all-wheel drive, a version directly aimed at the Chinese market.

The car has an output of 215 kW, but the battery has an energy content of 66,5 kWh, the same as in the EQA. The official WLTP consumption is 19,2 kWh/100 km, so the WLTP range is 419 kilometers, only seven kilometers less than the smaller EQA. It means that the second electromotor isn’t working all the time. Customers will choose between several models with front-wheel and all-wheel drive and various power levels, at least in Europes.  There will probably be at least an EQB 250 (with 140 kW) and this EQB 350 4MATIC.

A “particularly long-range” version is also planned. Talking about battery capacity, Daimler says that the battery content is “from 66,5 kWh”; most likely, a long-range version will have more than 70 kWh.

The angular EQB is designed to impress with its space and utility. With a length of 4,68 meters, it’s bigger than a VW ID.4 or even a Skoda Enyaq, for example. The EQA is really a smaller brother at 4,46 meters long.

The additional length is also used for two additional seats. In Europe, this can be arranged on request (in China, it comes ex-works). Two additional passengers up to 1,65 meters tall can ride on these individual seats, where child seats can also be fitted.

The five-seater has a trunk capacity of 495 to 1 710 liters, the seven-seater 465 to 1 620 liters. On request, the second row can be shifted 140 mm in length. This allows the luggage compartment to be enlarged in various steps by up to 190 l for versatile use. This increases the load volume to 685 l as a minimum but, of course, reduces the legroom on the second row.

The EQB has the same angular shape as the GLB but adopts some design elements from Mercedes’ EQ electric range. The most striking are the EQ-typical closed “black panel” grille and LED headlights at the front, the EQ wheels (up to 20 inches), and the continuous light strip at the rear.

Part of the standard equipment is the navigation with ‘Electric Intelligence’ that calculates the fastest route to the destination, including any charging stops necessary.

Before planned charging stops, the battery is brought to the optimal charging temperature. There is also an ‘ECO Assistant’ with situation-optimized recuperation. It incorporates navigation data, traffic sign recognition, and information from the vehicle sensors into its efficiency strategy.

The EQB is not built together with the GLB and EQA in the German plant in Rastatt, but in the Hungarian plant in Kecskemét, while only the China-specific version is built by the joint venture BBAC in Beijing.

Mercedes has not yet announced prices for the EQB; these will probably only be published at the start of ordering. The prices are likely to be higher than those of the EQA, starting as the EQA 250 at €52 756 in Belgium. 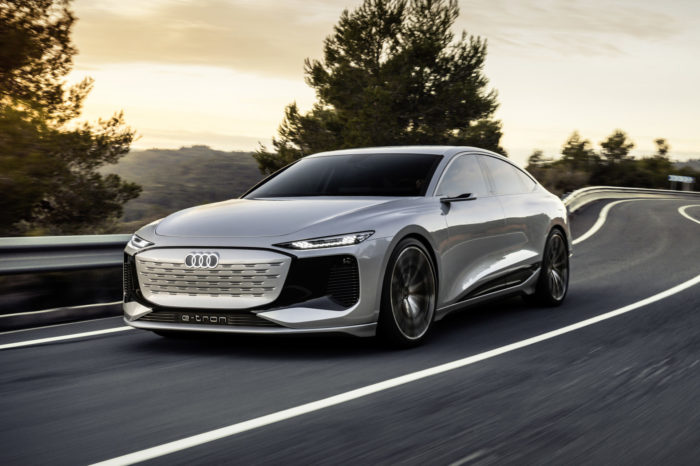 Audi A6 e-tron Concept: next A6 only electric 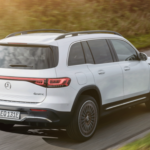